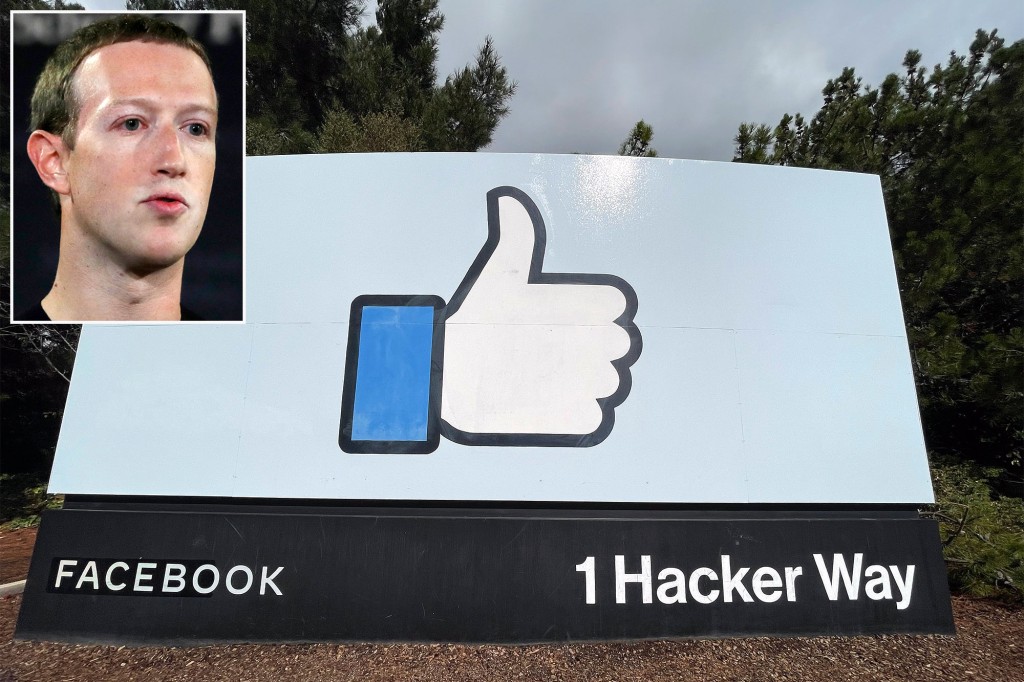 Mark Zuckerberg emerged from his walk-in T-shirt closet last week to make a stunning announcement: Facebook will be changing its name. And while we don’t yet know what the new name will be, I think I may be able to help here. How about this: Boomerware? Or in keeping with Silicon Valley’s penchant for trendy misspellings: LyfeSuck? Or instead of a name, there’s just the sound of Rome burning?

The reason that “Facebook” is getting retired, per Zuck, is that he wants to “transition from people seeing us as primarily being a social media company to being a metaverse company.”

What that means is that he’s trying to distance himself from Facebook and Instagram, the very brands he owns. The reason is that those brands have become synonymous with privacy violations, self-harming video challenges, conspiracy theories, bullying, riots, insurrections.

A good Vegas bender, in other words, though less healthful as social fabric.

Facebook as we understand it today wasn’t really launched until 2006, when it introduced the news feed and nearly melted down the Internet in the process. The initial feed didn’t just show you posts; it featured a kind of stock ticker that cycled through what your friends had liked, whom they’d friended, almost every action they’d taken. It was so invasive that, in one of the more blatant foreshadowings of the social media age, hundreds of thousands of users threatened to boycott Facebook.

Facebook later apologized and axed the ticker. Yet a formula had been established, one in which personal developments were treated as news, and correspondingly news was defined down into the realm of the personal. This was to become one of the defining features of 21st-century life. Social media evolved into a kind of window onto the world. Instagram influencers were the new headline-grabbing celebrities.

The apotheosis came with the election of Donald Trump, our first social media president, who was the living embodiment of the political made personal.

My conservative friends rightly complain that Facebook is trying to censor them. Yet the most un-conservative thing Zuckerberg ever did was to fundamentally overhaul our way of life without applying the forethought that might attend the release of a new ironing board.

So now the unintended consequences have become too big to ignore. Two whistleblowers have emerged with details of just how harmful Facebook understands its own products to be. For all the good Facebook has admittedly done, it’s simply undeniable that right now a big part of the Zuckerberg legacy is to have unleashed forces he can’t control.

And while Instagram models don’t appear to have been one of the curses released from the original Pandora’s Box, an unprecedented spike in teenage female suicide risk is just one ill to have emerged from this one. These problems, as internal Facebook documents show, are fundamental, tied to core social media features like the news feed and like button, which Zuck is loathe to change.

Adapted from The Spectator.