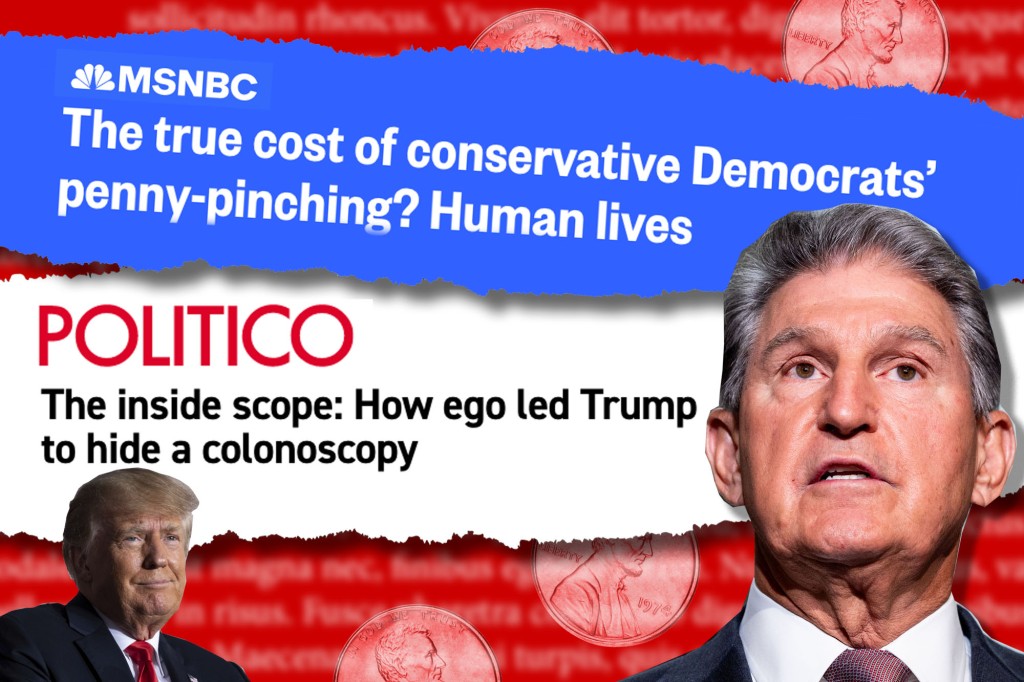 We say: Oops. The NSBA’s letter to the Justice Department explicitly says “acts of malice, violence, and threats against public school officials have increased” and “could be the equivalent to a form of domestic terrorism.” And it flat-out calls actions by parents “crimes” and “acts of violence,” and asks for “appropriate enforceable actions” under the Patriot Act “in regards to domestic terrorism,” though it provides only one example of actual violence. Seems AP would rather you not believe your lying eyes.

We say: Politico (and other left-leaning outlets) is desperate for Trump-based clickbait, yet it’s already scraped the bottom of the barrel. So now some poor Politico schnook is assigned to solve the “great mystery,” as she calls it, of President Donald Trump’s trip to Walter Reed National Medical Center — two years ago. Spoiler alert: He had a colonoscopy, as millions of Americans do every year, and apparently didn’t want to broadcast it. Big whoop. Is such a story any better than filming a US senator, Kyrsten Sinema, entering a bathroom stall, as one leftist did this week? Then again, it’s all about the clicks. (And the revenue.)

We say: Great optics there, Jumaane. As eagle-eyed Seth Barron noticed, Public Advocate Jumaane Williams testified remotely for a City Council hearing about the need to defund the NYPD while sitting in “the back seat of an NYPD SUV, driven by his 24 hr security detail.” Barron also notes that the public advocate “lives on an army base that is guarded by federal troops.” He’s cool with his own security, it seems; he just doesn’t want cops to protect anyone else.

This startup wants to build a needle-free CGM using nanotechnology