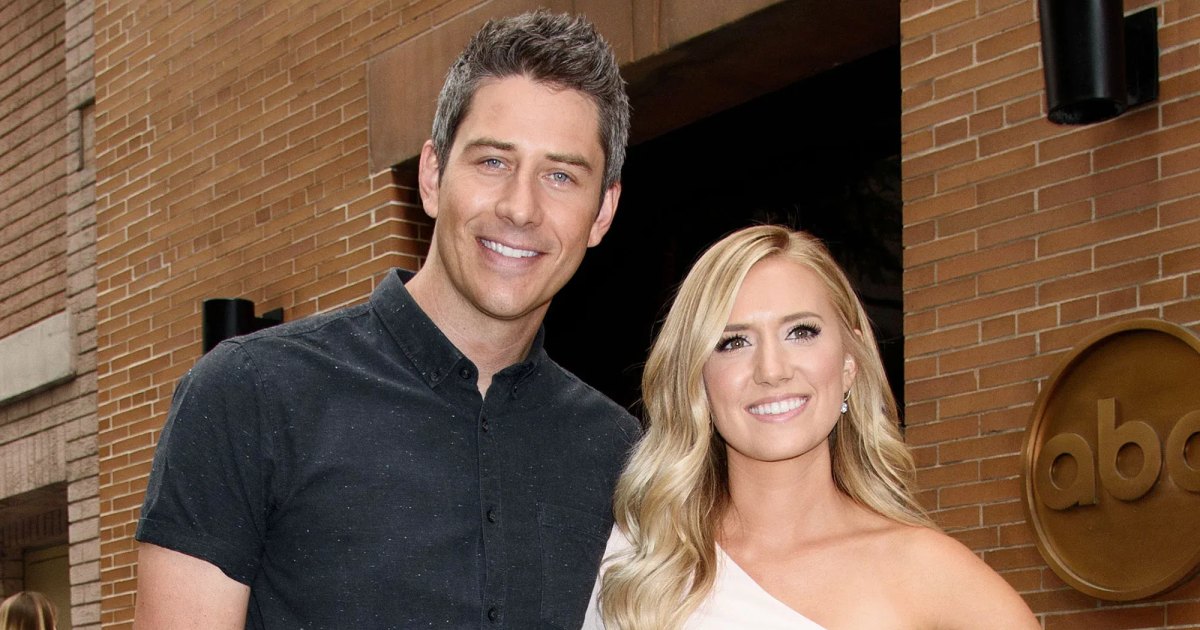 What a rock! Arie Luyendyk Jr. may already be three years into his marriage with Lauren Burnham, but that didn’t stop him from popping the question once again.

And when he got down on one knee for his 2.0 proposal, he made sure to pull out a ring that would leave his wife (and Us!) completely speechless.

“The ring I gave her on The Bachelor was obviously paid for,” the 40-year-old reality star said about Burnham’s first ring in a Youtube video shared on Monday, October 4. “We never really felt like it was something I chose for her, so I got her another ring.”

And the newly purchased bauble most certainly didn’t disappoint. The massive oval-cut diamond sits atop a pavé diamond band. According to The Diamond Pro, the sparkler is “at least” eight carats in weight and costs around $350,000.

To no surprise, the 29-year-old Shades of Rose designer was completely shocked by the enormity of her new ring. “[The ring is], like, crazy big. I don’t know what to do with it. I’m scared. It’s so pretty. You did so good, babe. You’re so sweet,” she said in the video.

Luyendyk Jr. asked his wife for her hand — for the second time — at Nakalele Blowhole, where they first took their engagement photos. “This is a special place for us,” he said in the video. “I think it was cool.”

The pair first got engaged in 2018 on The Bachelor: After the Final Rose episode. At the time, a source exclusively told Us Weekly that the bauble was just over 3.6 carats. It featured a cushion-cut center stone surrounded by a diamond halo.

“I made some bad decisions, but the best decision was running back to you. I can’t imagine a life without you,” Luyendyk Jr., who previously proposed to Becca Kufrin, said during his proposal. “You have shown me a love that is patient, a love that is kind, and I truly believe you are my soulmate. I’m ready to face this life with you and all that comes with it … the good and the bad. I love you so much.”

The couple went on to tie the knot in January 2019 in Hawaii, where they now have a vacation home. Fast forward to May of that same year, and they welcomed daughter Alessi, who is now two years old. In June, they expanded their family, welcoming twins Senna and Lux.

Big Brother’s Derek Xiao, Claire Rehfuss Are Moving in Together