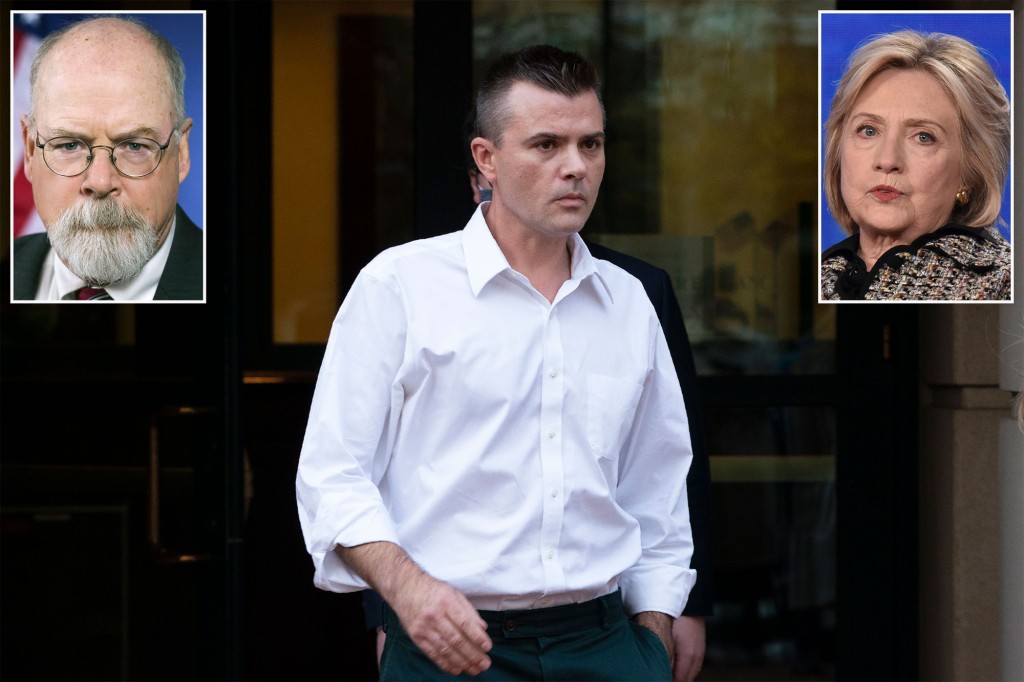 Special counsel John Durham’s indictment of Igor Danchenko, the principal source for the bogus Steele dossier used by the FBI as a basis for the Trump-Russia investigation, further illustrates that Durham has his sights set on the Clinton campaign.

Danchenko has been charged with five counts of lying to the FBI in interviews during 2017, as the bureau struggled in futility to verify outlandish allegations that Donald Trump and his campaign were clandestine agents of the Kremlin. Those allegations were compiled in the so-called Steele dossier, which the FBI relied on in obtaining surveillance warrants from a secret federal court.

The dossier was generated by the Clinton campaign. Its principal author was former British spy Christopher Steele. Steele’s main source was Danchenko, a Russian native based in the United States who worked at the Brookings Institution — a Washington think-tank whose former president, Strobe Talbot, is a college friend of Bill Clinton’s who worked in the Clinton State Department.

At Brookings, Danchenko worked with Fiona Hill, later a member of Trump’s National Security Council (and a key witness in the first Trump impeachment over the unrelated Ukraine controversy). It was through Hill that Danchenko became acquainted with Steele, who ran a London-based intelligence firm upon leaving MI-6, the British spy service.

First, he fabricated the claim that the president of the Russian-American Chamber of Commerce informed him that, during the 2016 presidential campaign, Trump was involved in a well-developed “conspiracy of cooperation” with the regime of Russian President Vladimir Putin. In reality, the indictment says, this conversation never happened.

The Chamber president is not identified by name in the indictment. After the Steele dossier became public, however, there was intense speculation that the Chamber’s founder, Sergey Millian, was a Steele dossier source. As I recounted in my book on Russiagate, “Ball of Collusion,” Millian denied being a source and trashed the dossier as “fake news created by sick minds.”

Danchenko is also alleged to have concealed that one of his sources for the information he provided to Steele was a longtime Democratic Party operative who was close to the Clintons’ — having worked on both of Bill Clinton’s successful presidential campaigns and Hillary Clinton’s unsuccessful 2008 presidential campaign. This source was revealed on Thursday to be Chuck Dolan, a  public-relations executive who had Russian contacts, and referred to as “PR Executive-1” in the indictment.

The FBI interviewed Danchenko because it was desperately trying to corroborate the Steele dossier claims. One question that Durham must be pressing is: What took the Bureau so long? The Obama Justice Department brought the FBI’s sworn claims to the secret federal foreign intelligence surveillance court in October 2016. Though the FBI is supposed to verify its allegations before going to court, it apparently did not interview Danchenko, the main source for the dossier, until January 2017 — by which time it was obtaining its second 90-day spy warrant.

It appears that Durham theorizes that the Trump-Russia collusion narrative was a political attack manufactured by the Clinton campaign. Relying on Danchenko, Steele compiled the reports for Glenn Simpson, co-founder of an intelligence firm Fusion-GPS, which specializes in digging up political dirt. Fusion-GPS was retained for the Trump project by Perkins-Coie, the Clinton campaign’s law firm.

In September, Durham indicted former Perkins-Coie Michael Sussmann for making a false statement to the FBI while peddling Trump-Russia allegations that the Bureau eventually found unsubstantiated. Durham alleges that Sussmann concealed that he was working for the Clinton campaign and a tech executive who was hoping for an important government job if Clinton was elected.

Durham’s charging instruments suggest that the Clinton campaign used its agents to peddle the Trump-Russia rumors to the government and the media, then used the fact Trump was being investigated as part of its campaign messaging.

Andrew C. McCarthy is the author of “Ball of Collusion: The Plot to Rig an Election and Destroy a Presidency.”