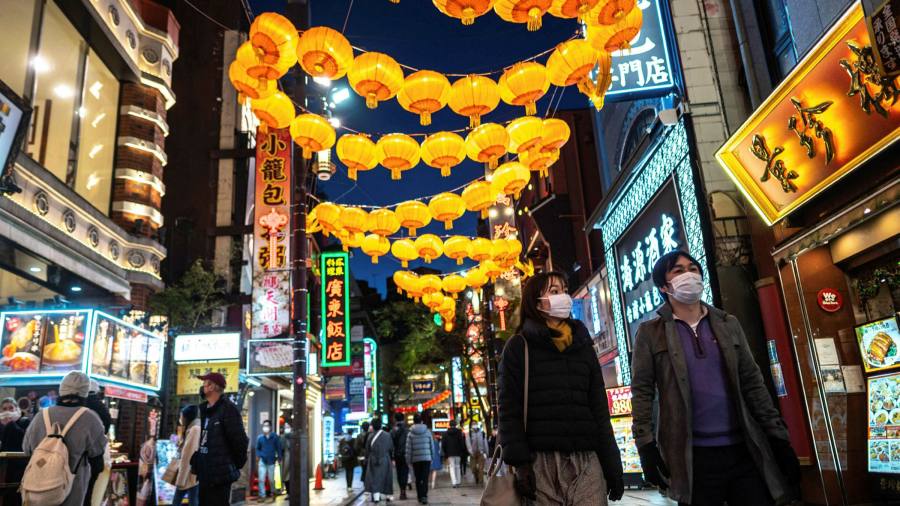 Bank of Japan revises inflation projection for first time since 2014

The Bank of Japan has shifted its view on inflation risk for the first time since 2014, driving the yen lower as a nation that has battled deflation for decades faces the mounting pressure of price rises in food and energy.

Despite the historic change of view, the BoJ made no change to its monetary stance on Tuesday, opting to keep its negative interest rate, asset purchases and yield curve control policies unchanged.

The BoJ revised its inflation projection upward from 0.9 per cent to 1.1 per cent for the fiscal year starting in April. The central bank, which said that a pick-up in Japan’s economy had become “evident”, also changed its price risk assessment from “skewed to the downside”, an expression that had been used since October 2014, to “generally balanced”.

Although the BoJ’s move was widely expected, speculation that the central bank might come under pressure to respond more aggressively to rising prices had grown ahead of this week’s meeting. Japan’s price rises, though striking in a country that has grown used to flat or falling prices, remain lower than elsewhere in the world, particularly the US and Europe.

After the BoJ’s announcement, the yen fell against the US dollar, at one stage dropping back below the ¥115 mark and into a range close to a five-year low.

The BoJ left a minus 0.1 per cent target for short-term interest rates unchanged and pledged to guide long-term rates around zero as inflation remained below its 2 per cent target, even as other big central banks have shifted to tighten ultra-loose policies.

“We need to keep a close eye on whether the rise in prices will have a negative impact on the income environment and sentiment of households before the improvement in employment and wage increases begin,” said Haruhiko Kuroda, BoJ governor, on Tuesday afternoon.

When asked whether the softening yen could become a burden, Kuroda said that “for now, there is no change to our view that the weaker yen helps boost the prices and therefore has a positive impact on the Japanese economy”.

Marcel Thieliant, senior Japan economist at Capital Economics, said in a note after the announcement: “We are even more pessimistic than the bank about the medium-term outlook for inflation.

“Tightening in those circumstances would make a complete mockery of the 2 per cent inflation target and we’re sticking to our view that the bank will keep interest rates low for the foreseeable future.”

Since the previous outlook report was compiled in October, import costs have risen on to high energy prices and the weakened yen.

The year-on-year increase in Japan’s wholesale prices in November and December remained high at 8 to 9 per cent, reflecting a surge in input costs. Companies selling everything from food to household items have started to pass those costs on to consumers.

Consumer spending has increased since Japan lifted a state of emergency in cities including Tokyo in October, but coronavirus infections have also surged with the spread of the Omicron variant.

The government is set to place prefectures, including the capital, under a quasi-state of emergency again, which could have a knock-on effect on consumer behaviour.