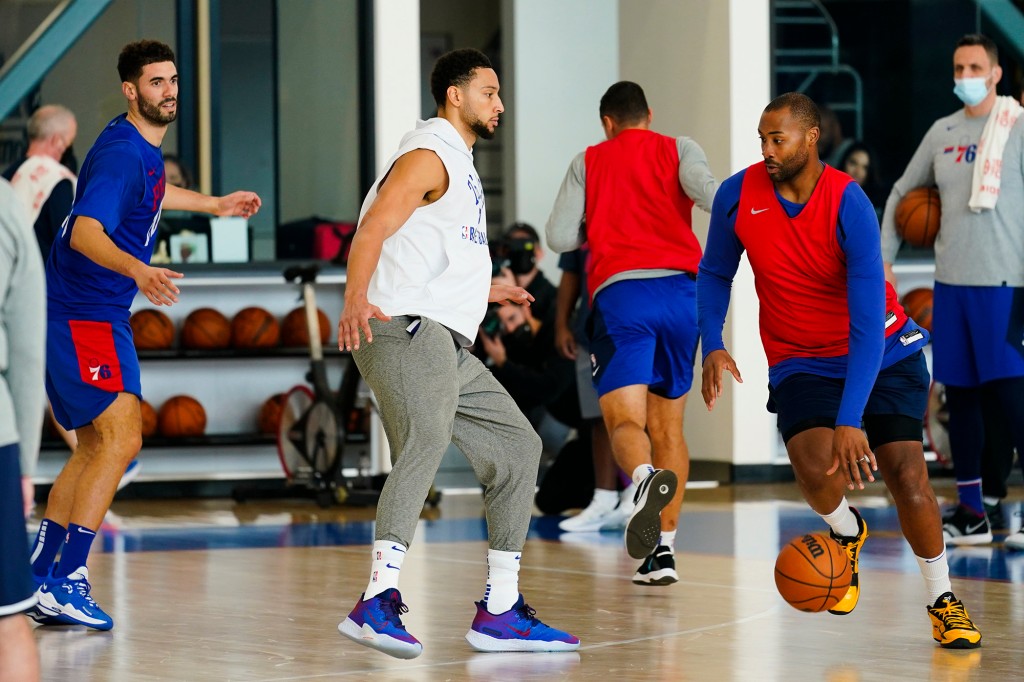 Ben Simmons’ teammates with the 76ers publicly supported the All-Star point guard after he told them in a team meeting before Friday’s game against the Nets that he’s “not mentally ready to play.”

Simmons, who requested a trade over the summer, was kicked out of practice and suspended for the season opener earlier in the week for conduct detrimental to the team.

“I think it’s obviously a good start,” forward Tobias Harris told reporters said following the Sixers’ loss to Brooklyn. “I think at this time we have to respect his privacy, his space. We’ve got to be there for him throughout what he’s going through and his process.

“I think it’s easy to look at something on the surface and come to assumptions on a lot of things, especially [with] athletes. In general in this space, you’re depicted as super-humans and not really supposed to have feelings or go through anything. So I think we just really have to understand he’s a human first.”

All-Star center Joel Embiid mentioned Simmons while addressing the crowd at Wells Fargo Center before the game, thanking fans “for supporting us and our teammate Ben because he’s still our brother.”

After the loss to Brooklyn, Embiid, echoed Harris’ words and said the Sixers are a “better” team with Simmons in the lineup.

“That’s the first step. That’s a step,” Embiid said of Simmons addressing the team. “Like I always say, that’s on the front office. Hopefully they figure out what’s best for the team, because this is a business. We’re trying to find ways to win.

“For us, we have a big opportunity. And like I always say, we are better with him. I wouldn’t mind playing with him. I know my teammates also wouldn’t because at the end of the day, we’re just trying to win.”