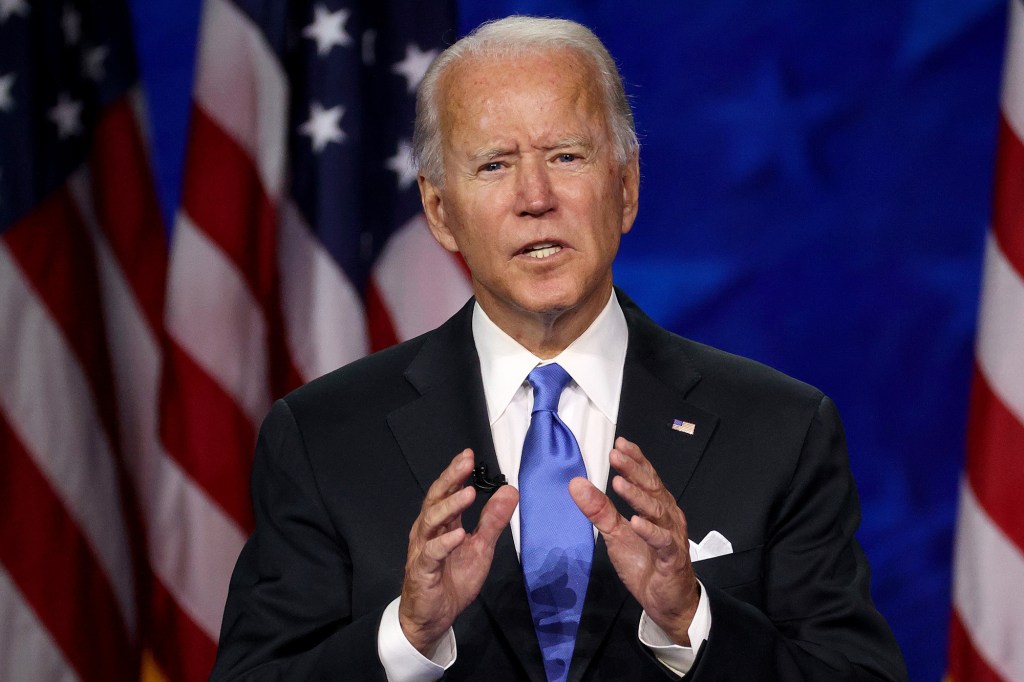 President Joe Biden will seek to boost his sagging approval ratings this week with an international virtual summit whooping up democracy. The Treasury Department will publicize the event by slapping financial sanctions on “individuals who are engaged in malign activities that undermine democracy and democratic institutions around the world.”

But lying, power-hungry politicians will probably not be on the target list.

The White House says the summit of more than 100 nations will focus on “Defending against authoritarianism.” But Biden has no problem with the biggest authoritarian abuse of our times — the rise of Cage Keeper Democracies where citizens’ ballots merely designate who will place them under house arrest.

The Freedom House report “Democracy under Lockdown” says “the condition of democracy and human rights has worsened in 80 countries” since the pandemic’s start. Last month, Sweden’s International Institute for Democracy and Electoral Assistance declared that America and other nations imposed COVID measures “that were disproportionate, illegal, indefinite or unconnected to the nature of the emergency.” It warned that “established democracies are increasingly adopting authoritarian tactics.”

The Australian government has set up detention camps to lock up anyone suspected of contact with COVID-positive individuals. Austria and Germany imposed nationwide lockdowns that nullified millions of citizens’ freedom of movement. When New Zealand imposed a lockdown, Prime Minister Jacinda Ardern ordered her captive citizenry: “Do not congregate, don’t talk to your neighbors.” Britain unleashed some of the most absurd restrictions, including prohibiting couples who live in different homes from having sex indoors. Dozens of nations have used the military to enforce COVID restrictions, heightening “the risk of unchecked excessive force and the normalization of increasingly militarized civil life after the pandemic,” the Swedish think tank reported.

The COVID Iron Fist hit home for New Yorkers on Monday when Mayor Bill de Blasio decreed that all private-sector workers must be double-vaxxed and even 5-year-old children must be jabbed if they want to eat at McDonald’s. Blas is claiming the same dictatorial power that numerous federal judges have ruled Biden does not possess. Gov. Andrew Cuomo was equally power-crazed: Remember his order to New York sheriffs to intrude into people’s homes to enforce his mask mandate during Thanksgiving dinners last year.

Unfortunately, there is no sign Team Biden will disavow this demolition of democracy. The prez continues to urge businesses to pretend his vaccine mandate is still binding, despite a long string of federal-court losses. Last week, fearing that rising COVID cases will decimate his approval ratings, Biden revealed new restrictions as part of his “COVID-19 Winter Plan.” When asked whether unvaxxed Americans would be banned from domestic flights, Biden COVID Czar Jeff Zients replied, “We will continue to look at all options — everything is on the table.”

Biden’s democracy summit will also be “addressing and fighting corruption.” Is this intended to add Monty Python-style comic relief to the event, considering that the invitation list includes many of the world’s most corrupt nations? Will Hunter Biden make a surprise guest appearance to offer tips on how to avoid indictment while massively profiting from insider ties? Will 10 percent of any summit proceeds be siphoned off for “the Big Guy”?

Promising to vanquish worldwide corruption is a favorite throwaway line for American politicians. In 2010, President Barack Obama proclaimed at the United Nations that the US government would be “leading a global effort to combat corruption.” Six years later, pirouetting at an international Anti-Corruption Summit, Secretary of State John Kerry denounced corruption as “a poison that erodes trust, robs citizens of their money and their future and stifles economic growth in the places that need it most.”

But pious rhetoric did not deter Team Obama from turbocharging corruption in Afghanistan with reckless US aid, turning it into the most corrupt nation on earth and helping spur massive discontent that led to the Taliban victory.

Don’t expect Biden to pay heed to the rise of despotic democracies. But if ballots cannot leash winning politicians, then elections can become coffin nails for freedom. The State Department boasts that this week’s summit will “provide a platform for leaders to announce both individual and collective commitments, reforms and initiatives to defend democracy.”

As long as democracies fail to protect citizens against elected rulers who feel entitled to boundless power, international summits will only inflame the cynicism and bitterness of downtrodden citizens.

James Bovard is the author of 10 books and a member of the USA Today Board of Contributors.

This Topshop Turtleneck Sweater Is a Winter Wardrobe Essential