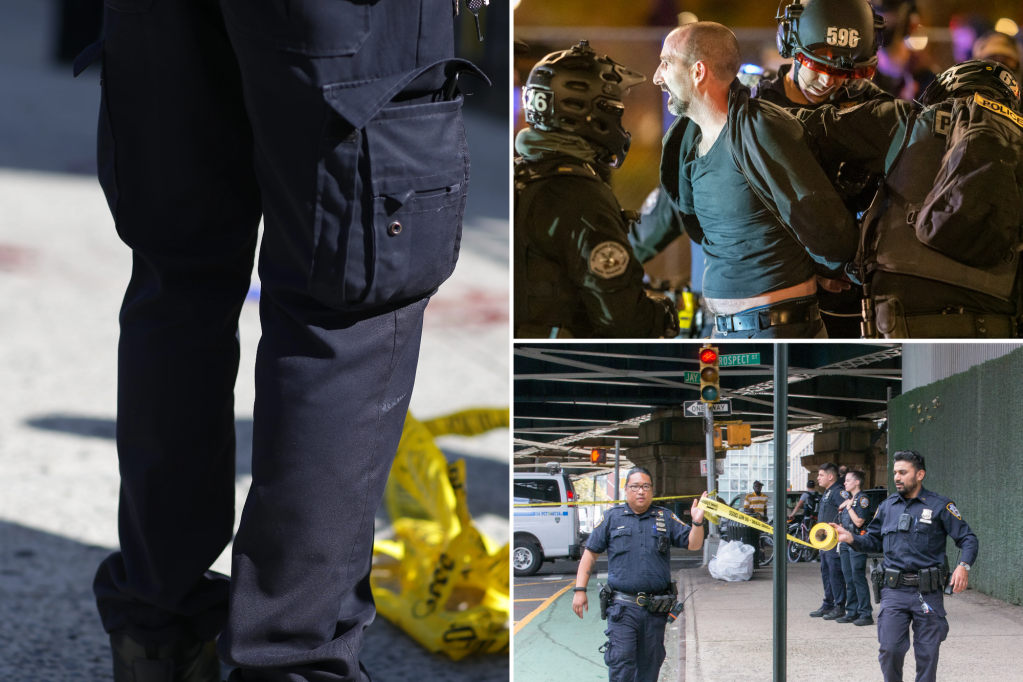 Blame woke pols for the nation’s needless spike in murders

New FBI statistics show that our nation is suffering a historic surge in violent crime — one that was entirely predictable. From 2019 to 2020, the US murder rate rose by an astounding 27 percent, the largest annual increase in at least the past 100 years.

This spike is so far off the charts it’s hard to fathom. Even during the great surge of violence at the start of Prohibition, the murder rate never rose by more than 19 percent. Over the past three decades, the biggest prior increase was in 2015, the year after the Ferguson riots, when the murder rate rose 11 percent — less than half of the increase in 2020.

Responsibility falls squarely on the shoulders of woke politicians. Tragically, they ignored the warnings of law-enforcement officials and abandoned policies shown to work, replacing them with naïveté and wishful thinking. The results are now clear for all to see.

Most people are familiar with “broken windows” policing: If small crimes are ignored, big crimes will follow. When this approach was implemented, along with other improved policing techniques and good legislation, violent crime dropped steadily. This was the 1980s and 1990s response to the crime spikes of the late-1960s and 1970s, and it succeeded in cutting the nation’s murder rate by more than half over the next two decades.

Then, without serious thought, law-enforcement policies that saved our cities from violence and disorder — providing safety especially for poorer and minority communities — were abandoned. Big-city mayors turned against the police, effectively telling them to cease and desist. The FBI reports that nationwide arrests fell an incredible 25 percent in 2020 alone, neatly matching the 27 percent increase in the murder rate.

A common response on the left has been to note that while the murder rate is up, property crime is down. An Atlantic headline read, “America Is Having a Violence Wave, Not a Crime Wave.” But a continuation of the longstanding decline in burglaries, during a period when far more people were staying at home, hardly compensates for a huge increase in murders.

What’s more, in addition to the 27 percent jump in the murder rate, the aggravated-assault rate rose 12 percent from 2019 to 2020, the largest one-year increase in more than a third of a century.

The left’s dismissive response is particularly callous given the leading role that woke politicians played in bringing about this outcome.

In Portland, Ore., where tent cities filled with drug addicts have transformed a previously attractive downtown, the Portland Police Bureau reports that homicides in the city more than tripled over an Olympiad — from 16 in 2016 to 57 in 2020 — and have kept rising from there: In the first eight months of 2021, Portland has already suffered 60 homicides, surpassing last year’s alarming total with a third of the year still to go. In 2016, Portland averaged a homicide every 23 days. So far in 2021, it has averaged a homicide every four days.

In New York, where the mid-’90s efforts of Mayor Rudy Giuliani and Police Commissioner William Bratton are widely credited with saving the city, homicides rose 47 percent from 2019 to 2020 (from 319 to 468), and 60 percent from 2017 to 2020 — the largest one-year and three-year percentage increases in decades.

These shocking trends must be stopped and reversed. The nation’s safety and prosperity depend upon it.

While the left remains in denial, people see what’s happening: The left seems more concerned about crying racism and advancing its anti-police agenda than protecting minority communities from violent harm.

Whatever their motivations, leftist politicians have been carrying out a high-stakes experiment in real time, and the results are in: Woke policies make America more dangerous.