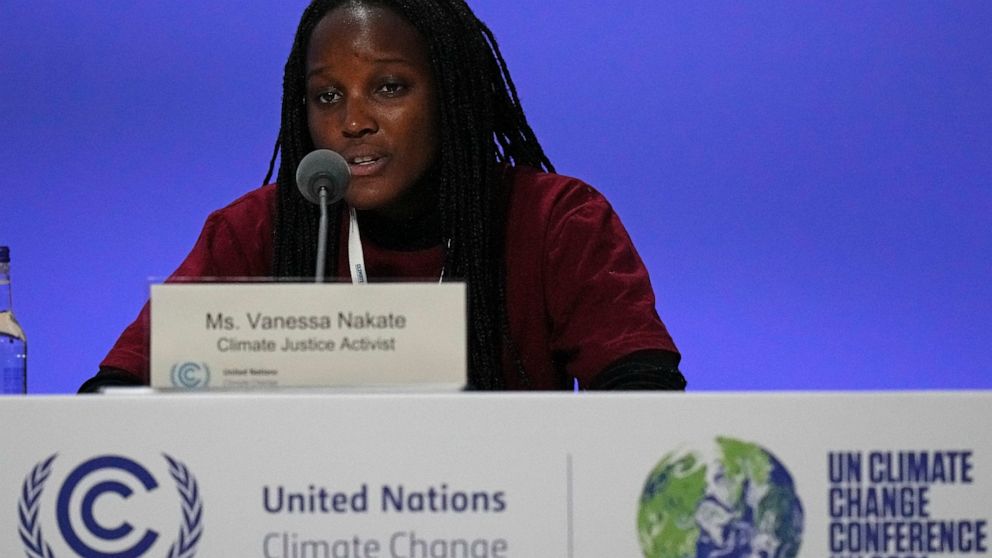 Climate march keeps up pressure on leaders at U.N. summit

Police helicopters are buzzing above Glasgow, Scotland for a second day of protests outside the U.N. climate summit

GLASGOW, Scotland — The public pressure that helped spur more world action on global warming is due to be on full display outside the U.N. climate summit Saturday, when thousands of demonstrators are expected to march through the rainy grey streets of Glasgow to demand leaders move faster to cut fossil fuels that are wrecking the climate.

Police helicopters buzzed over Glasgow early Saturday as authorities prepared for a second day of protests by climate activists. Scots are accustomed to inclement weather, and turnout for the march was expected to be strong despite stiff gusts and a drizzle that turned to cold rain.

Inside the more than half-mile-long (kilometer-long) conference venue, negotiators knuckled down for a seventh straight day of talks to finish draft agreements that can be passed to government ministers for political approval next week.

Among the issues being haggled over at the talks by almost 200 countries are a fresh commitment to the goal of capping global warming at 1.5 degrees Celsius (2.7 degrees Fahrenheit), getting countries to review their efforts more frequently in a way that would increase pressure for deeper cuts, and financial support for poor nations.

A Democratic and Republican delegation of U.S. senators was scheduled to visit the summit on Saturday. Off-year Republican victories that have unsettled members of President Joe Biden’s Democratic Party gave the bipartisan visit more impact.

Saturday’s march is drawing a range of participants and ages, after tens of thousands of young people in the Fridays for Future movement protested Friday outside the conference’s steel fences and turnstiles.

Speaking at the Fridays for Future rally, Swedish climate activist Greta Thunberg, 18, branded the U.N. climate talks in Glasgow so far “a failure,” accusing leaders of purposefully creating loopholes in the rules and giving misleading pictures of their countries’ emissions

Thunberg’s mix of school strikes, blunt, impatient talk about government excuses and mass demonstrations have galvanized climate protests since 2018, especially in Europe but to a lesser extent around the world.

The climate protest movement, and worsening droughts, storms and other disasters that brought home to many the accelerating damage of global warming, has kept pressure on governments for stronger and faster action to reduce fossil fuel emissions.

The Fridays For Future protest was part of a series of demonstrations being staged around the world Friday and Saturday to coincide with the Glasgow talks.