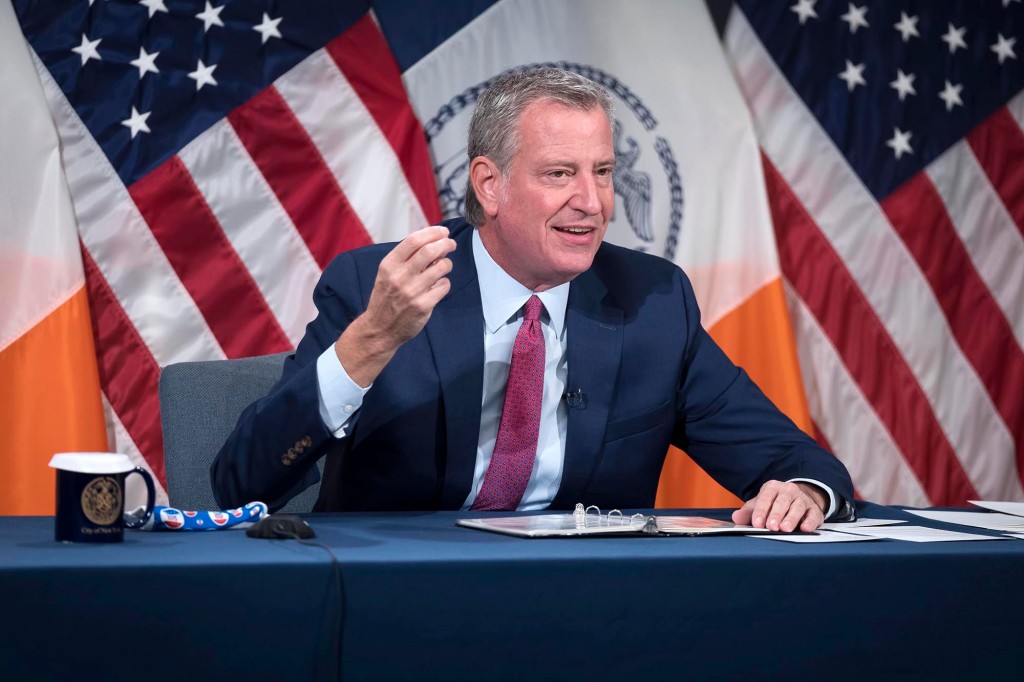 Mayor Bill de Blasio says he’s mandating vaccines for all city employees “to make this whole city safe” and “end the COVID era once and for all.” It’s likely within his legal powers, but strikes us as unwise — and even unjust.

A year ago, we clapped and cheered many of these workers for going out to do their jobs while we stayed home. Now we’re going to stop their pay if they don’t get vaxxed?

De Blasio is giving correction officers an extra month to get vaxxed because the city needs every man and woman on the job at Rikers. But the city needs all its “necessary workers” on the job.

The work of many — cops, firefighters — is life-or-death for the general public. Sanitation workers, among others, are vital in their own way.

And what is the science here?

They’re wrong to resist getting jabbed — but the risk is overwhelmingly on them. They’re not endangering the rest of us: Breakthrough cases pose less risk than the flu.

A full two-thirds of the city is fully jabbed, with three-quarters having at least one dose. More of us have excellent immunity from having been infected. And new treatments are coming on line to further reduce the risk.

Meanwhile, a quick look at the curves — for cases, hospitalizations and deaths — shows that the city is getting past the third wave. And each wave here has been far smaller than the last one, and less deadly as well. Deaths statewide peaked near 800 in the first wave, at about 35 in the third.

New variants may prove more infectious than Delta, but the laws of evolution say they’ll almost certainly be less deadly, too, even for those with no immunity. Today’s flu is far less of a killer than the deadly 1918 strain.

Like the flu, the coronavirus will be with us forever — endemic but no longer pandemic; just another background threat for the general public. (The immune-compromised will be at higher risk, as they are from every background threat.)

At this point, New York City has nothing to fear but fear itself. There is zero cause to fret about vaccinations — keep them going, yes, but the mayor’s mandate is a mistake, and $500 payouts for getting jabbed are absurd.

Yes, we supported the earlier mandates for teachers and health-care workers for many reasons: First, they were earlier, with threats still significant. Health workers naturally encounter the most vulnerable, and the teachers unions had demanded safe schools; this was the best way to guarantee them.

Don’t get us wrong: Virtually every adult, and most over-11s, should get jabbed. But the time to force shots on those with objections, however foolish, is past: It’s their choice, and their risk.

And most of those who still fear COVID in these parts are just as irrational. Rather than pander to them in his (understandable) desperation to get the city fully reopened, the mayor should start preaching the simple truth: When it comes to the virus, the city is safe, and the COVID era is over.

It’s time for everyone to stop cowering, and come back.

Sure, Americans like the Dems' spending bill — but they won't pay