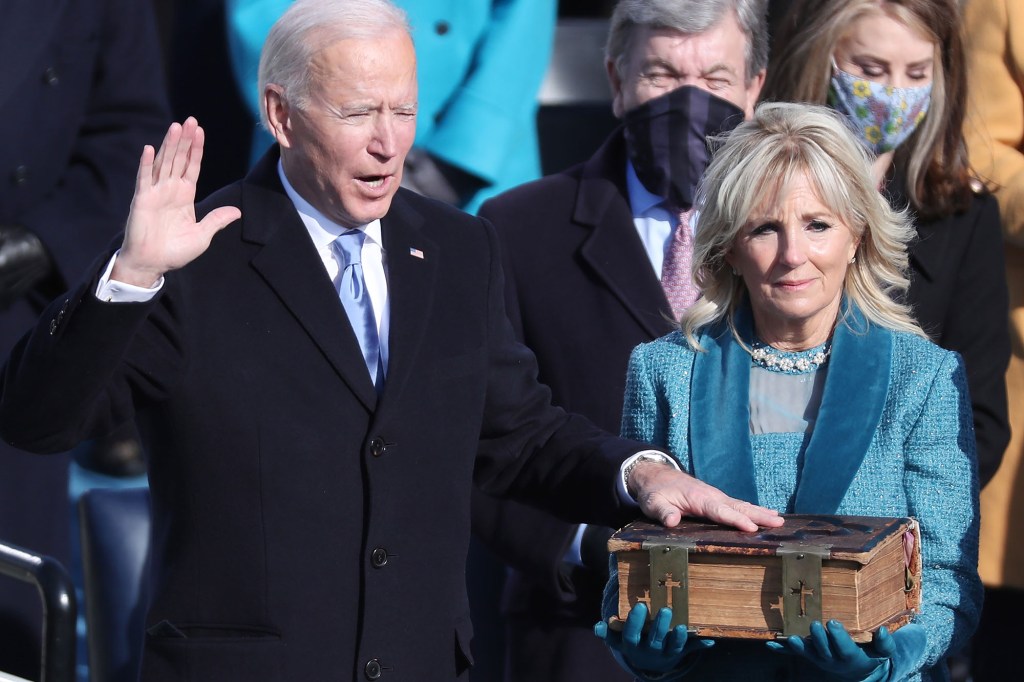 “The Democrats are steadily losing ground with Hispanic voters,” observes Ruy Teixeira at Liberal Patriot. “It’s not as bad as you think, it’s worse”: “In the most recent Wall Street Journal poll, Hispanic voters were split evenly between Democrats and Republicans in the 2022 generic congressional ballot. And in a 2024 hypothetical rematch between [Donald] Trump and [Joe] Biden, these voters favored Biden by only a single point. This is among a voter group that favored Biden over Trump in 2020 by 26 points.” Why? Hispanics are “an overwhelmingly working class, economically progressive, socially moderate constituency that cares above all about jobs, the economy and health care.” Whoever delivers on those fronts has their vote. Right now, that’s not the Democrats.

From the right: Biden’s Bad Year

President Biden “ends his first year in the Oval Office not as a contrast to [Donald] Trump, but rather a contrast to competency,” snarks David Winston at Roll Call. Team Biden “made the wrong choice at almost every point in this new presidency, starting on Day One by canceling the Keystone XL pipeline to placate Democrats’ strident progressive wing.” The prez “called defeating the coronavirus job one” and “declared victory” in July only to see “the number of deaths on his watch surpass the numbers under” Trump. He pumped trillions “into the economy as new, intrusive regulations put the brakes on growth, but not on inflation.” And “then there was Afghanistan.” Biden “needs to accept that simply not being Trump isn’t actually being president. . . . If he doesn’t, next year could be worse.”

“Forgiving student debt” might be a good idea, Reason’s Jacob Sullum notes, but “continuing to collect payments on student loans violates no one’s civil liberties.” “So why is the American Civil Liberties Union (ACLU), which ostensibly exists to defend constitutional rights,” collecting signatures for a petition to cancel all student debt under $50,000? It’s “another sign that the venerable organization has strayed so far from its historic mission that it is becoming indistinguishable from myriad progressive advocacy groups.” It even attacked the Kyle Rittenhouse verdict: “Thus did an organization that is supposedly dedicated to defending the rights of criminal defendants abandon that cause, bowing to political correctness by implying that the law and the evidence did not matter.”

“Anthony Fauci, the country’s No. 1 public health enemy,” essentially said “Americans should be demanding ‘your papers, please’ of their friends and family” by suggesting they require “their guests show them proof of vaccination,” fume Issues & Insights’ editors. The “petty tyrant” who has “ruining Christmas on his mind” is “a career bureaucrat with too much power, and too much influence, both of which have been imparted to him by Democrats and the media, not for his achievements but because” he would “contradict Donald Trump.” “Lockdowns cost livelihoods — and lives.” Fauci has not only been at “the forefront of this rancid stew of public health policy,” he’s “obfuscated, evaded and outright lied before Congress.” He should “be fired for dishonesty as well as his incompetence.”

“Everyone understands that China is in fierce competition with the United States,” Jianli Yang writes at National Review. But it would be “ridiculous” to think the fight was between two democracies. No, it’s “between the world’s most powerful democracy and the world’s most powerful autocracy.” That’s why Beijing argued in a white paper in advance of President Biden’s democracy summit that “democracy is the right of the people of all countries” and that it exists perfectly in China under the Chinese Communist Party. That’s a “farfetched lie,” and the CCP knows it. Its “leaders know that the system they have adopted is far from democratic, but they also know in their hearts that democracy is a good thing, so they insist on calling their system a ‘democracy.’ ”