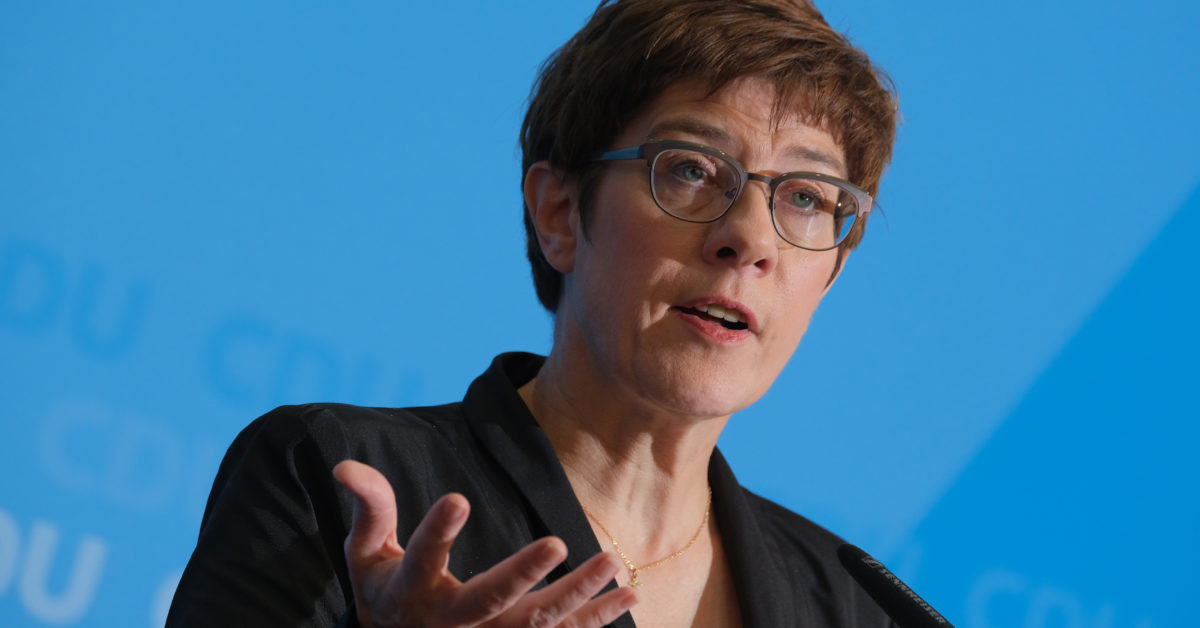 BERLIN — German Defense Minister Annegret Kramp-Karrenbauer has a blunt message for her European counterparts: Forget your lofty ideas about the Continent defending itself and get real.

Kramp-Karrenbauer is doubling down on her dismissal of the idea of European strategic autonomy, which sparked a diplomatic blow-up with French President Emmanuel Macron, and which she sees as farther off than ever.

While some European leaders have declared the chaotic U.S.-led withdrawal from Afghanistan shows Europe must be able to operate more on its own militarily, Kramp-Karrenbauer has drawn the opposite conclusion: She argues the debacle demonstrates that Europe and the U.S. need to cooperate more closely to be more effective militarily.

“There is a lot of talk about European autonomy, or sovereignty, or — as I prefer to call it — more ability to act from the European Union in security and defense. People are asking why we were not in a position to hold the Kabul airport ourselves,” Kramp-Karrenbauer told POLITICO in an interview in her Berlin office this week, ahead of a meeting of NATO defense ministers in Brussels on Thursday and Friday.

“We have to say quite openly: Without the capabilities of the Americans, we, as Europeans, would not have been able to do that,” she said.

Kramp-Karrenbauer said Europeans should be asking themselves how to “become capable to act within NATO” — not how they could be capable of acting outside the alliance. “That is the big difference,” she said as she looked ahead to this week’s meeting, the first such in-person gathering since Afghanistan fell back into the hands of the Taliban.

Last year, Kramp-Karrenbauer urged France, and the EU, to get over “illusions” of future autonomy from the U.S. in an opinion piece for POLITICO. She made clear in this week’s interview that she’s sticking to her guns.

Whether the talk is of “autonomy” or “sovereignty,” it’s not the semantics that matter, she said. If the idea behind the phrase is “we are detaching ourselves from America,” she added, “then I think that is the wrong way to go.”

Macron has used a new Indo-Pacific security alliance between Australia, the U.S. and the U.K. — known as AUKUS and which nixed a major French submarine deal — to bolster his argument for greater EU defense efforts. But, once again, Kramp-Karrenbauer takes a very different view.

“I can understand the annoyance of France,” she said, adding that “however, it is to be noted that it was first of all a bilateral question of armament between two states.”

It wasn’t ideal — but France should get over the “problematic” decision and communication by Australia and its new partners, she said: “It’s good that there has now been a debate, including between France and the United States. Because in view of the challenges that China poses for us, I believe it needs the full force of the West. What we cannot afford right now is to be divided on this issue.”

Both EU and NATO are reviewing their security strategies ahead of summits next year. Those parallel and partly overlapping efforts are a “unique opportunity” to sort out the relationships between the two organizations, said Kramp-Karrenbauer. “These processes must be linked,“ she said. “It makes no sense to conduct them separately and then look where there is common ground and where there are contradictions only afterward.”

This week’s meetings at NATO headquarters will include a tough discussion on the initial “lessons learned” from the withdrawal from Afghanistan, as well as the broader failures of a two-decade war.

At a pre-ministerial news conference on Wednesday, NATO Secretary-General Jens Stoltenberg said that advanced warfare technologies would also be a focus. “Future conflicts will be fought not just with bullets and bombs, but also with bytes and big data,” he said. “We see authoritarian regimes racing to develop new technologies, from artificial intelligence to autonomous systems. So we are taking further steps to future-proof our alliance.

NATO officials and diplomats said U.S. Secretary of Defense Lloyd Austin would voice support for European allies seeking to enhance their military capabilities but also an expectation that those allies explain how the new capabilities complement NATO’s existing operations — a view that would seem to fit better with Kramp-Karrenbauer’s outlook than Macron’s.

Kramp-Karrenbauer said she wants NATO ministers to engage in a debate about which capabilities European allies could develop in order to be more effective. One of her suggestions: Make better use of what’s already there.

“It is not a question of building up our own European structures. We actually have possibilities at the European level: We have bi- and tri-national units and we have the European battlegroups,” Kramp-Karrenbauer said. “It is a question of how to make the processes better. And how we can make better use of the national capabilities we have on a European level, which can also be used by NATO. For example, strategic air transport. We have a European approach there.”

Kramp-Karrenbauer, and several other EU governments, will propose Thursday ways to make existing structures work, and “and make the European Battlegroup exist not only on paper.” Such EU units have existed for more than a decade but have never been deployed.

Previewing a “food for thought paper” for her fellow ministers, she said will propose a way around the constraint that any EU military mission or any mission of the EU battlegroup — in theory, a rapidly deployable EU force composed of member states’ troops — needs unanimity.

The paper will suggest “a group of the willing” that executes a (still unanimous) decision “so not every country that supports it has to participate with its own troops or capabilities,” she said. Another proposal is better regional cooperation, said Kramp-Karrenbauer, citing the Baltic or Mediterranean Seas as possible examples.

Kramp-Karrenbauer’s time as defense minister appears to be coming to an end, as her Christian Democrats are almost certain to head into opposition following September’s general election. As a parting shot, she urged the likely next government of Social Democrats, Greens and Free Democrats to maintain the aspiration of meeting the NATO target of spending 2 percent of GDP on defense and increasing military capabilities.

“If one would come to the conclusion to say that we are no longer keeping what we promised as a solidarity alliance also in terms of financial commitments, then I believe that this was the completely wrong answer for Germany, and also for the security of this country and the security of our partners,” she said.

Kramp-Karrenbauer, however, also acknowledged that her party hadn’t met the NATO commitment, nor had it been on course to do so under current financial plans: “But I am and remain of the opinion that one of the most important tasks of a state is the security of its citizens, both internally and externally. And that is why we should not cut corners.”

Kramp-Karrenbauer said she has no plans yet for what comes next for her — and declined to comment when asked whether she would accept a potential nomination for NATO secretary-general: “I think that will be decided next year, relatively close to the summit in Madrid. And in this respect, now is not the time for speculation.”

But should it be a woman? “Let’s put it this way, it would certainly look good for NATO. But in the end, as we know, it’s a decision of the heads of state and government, let’s not speculate.” 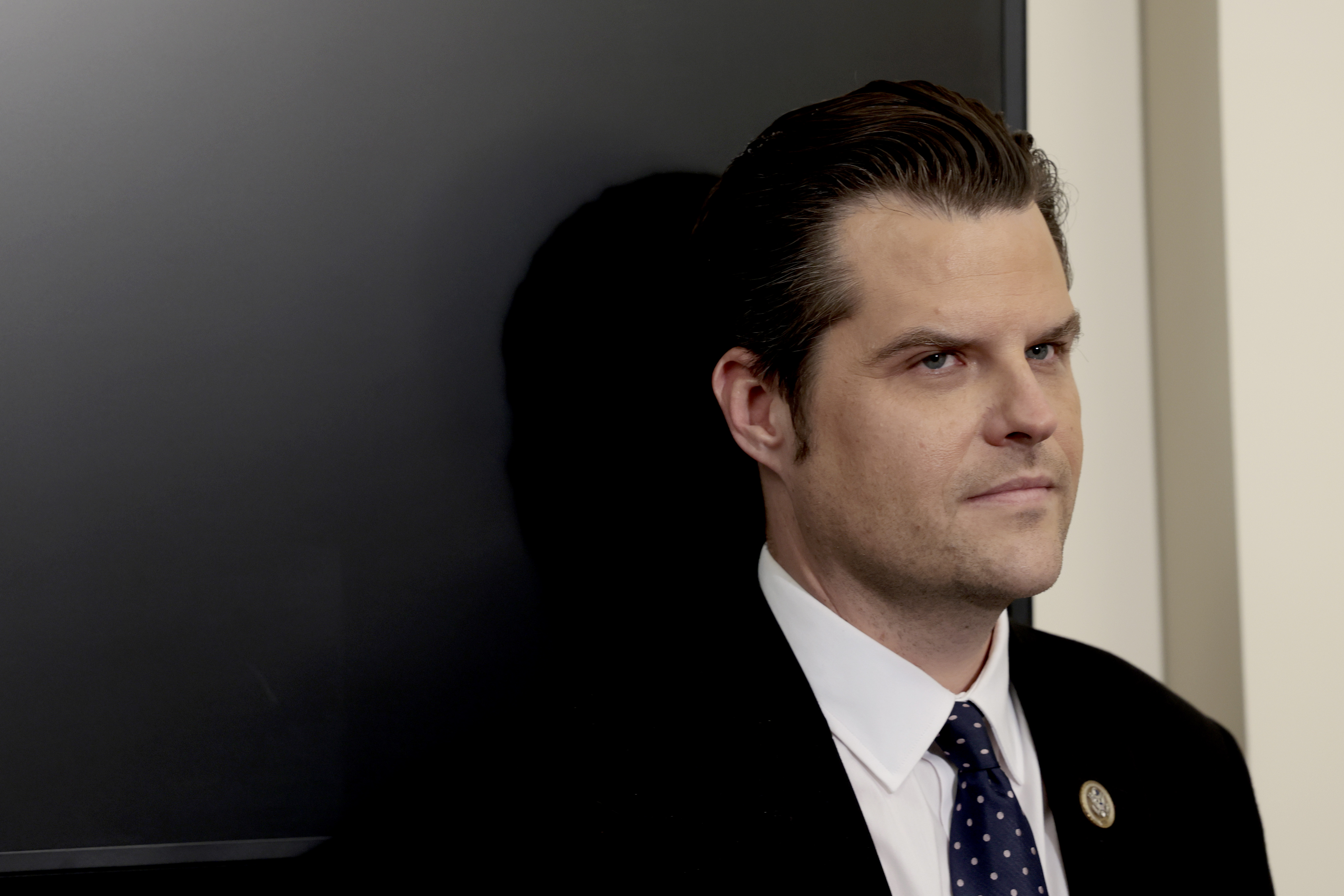 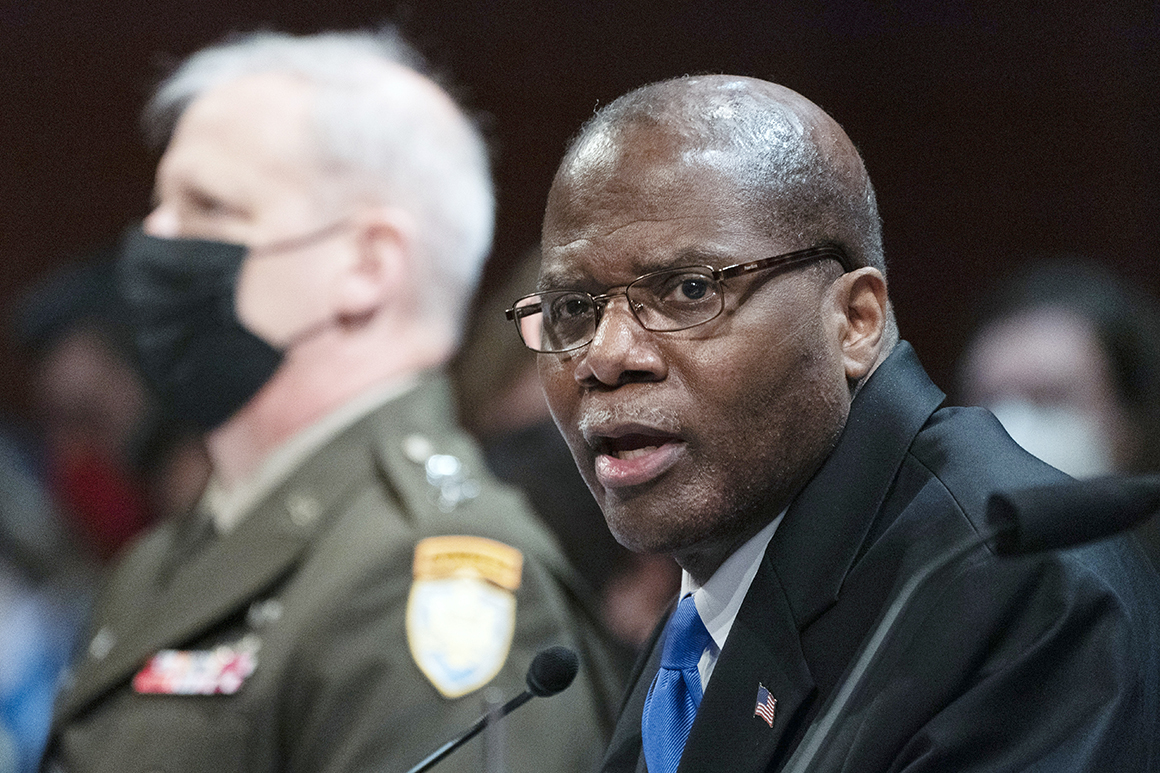 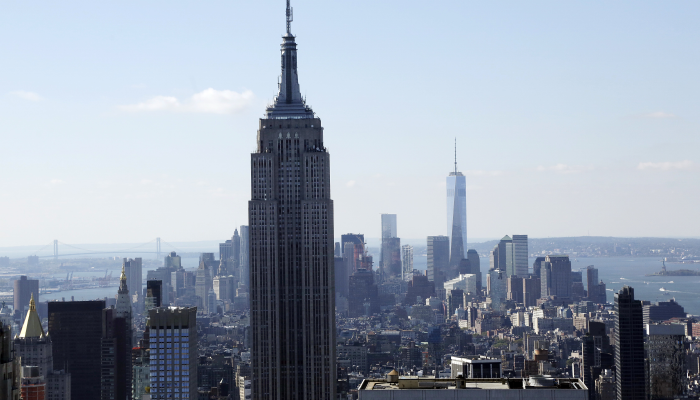 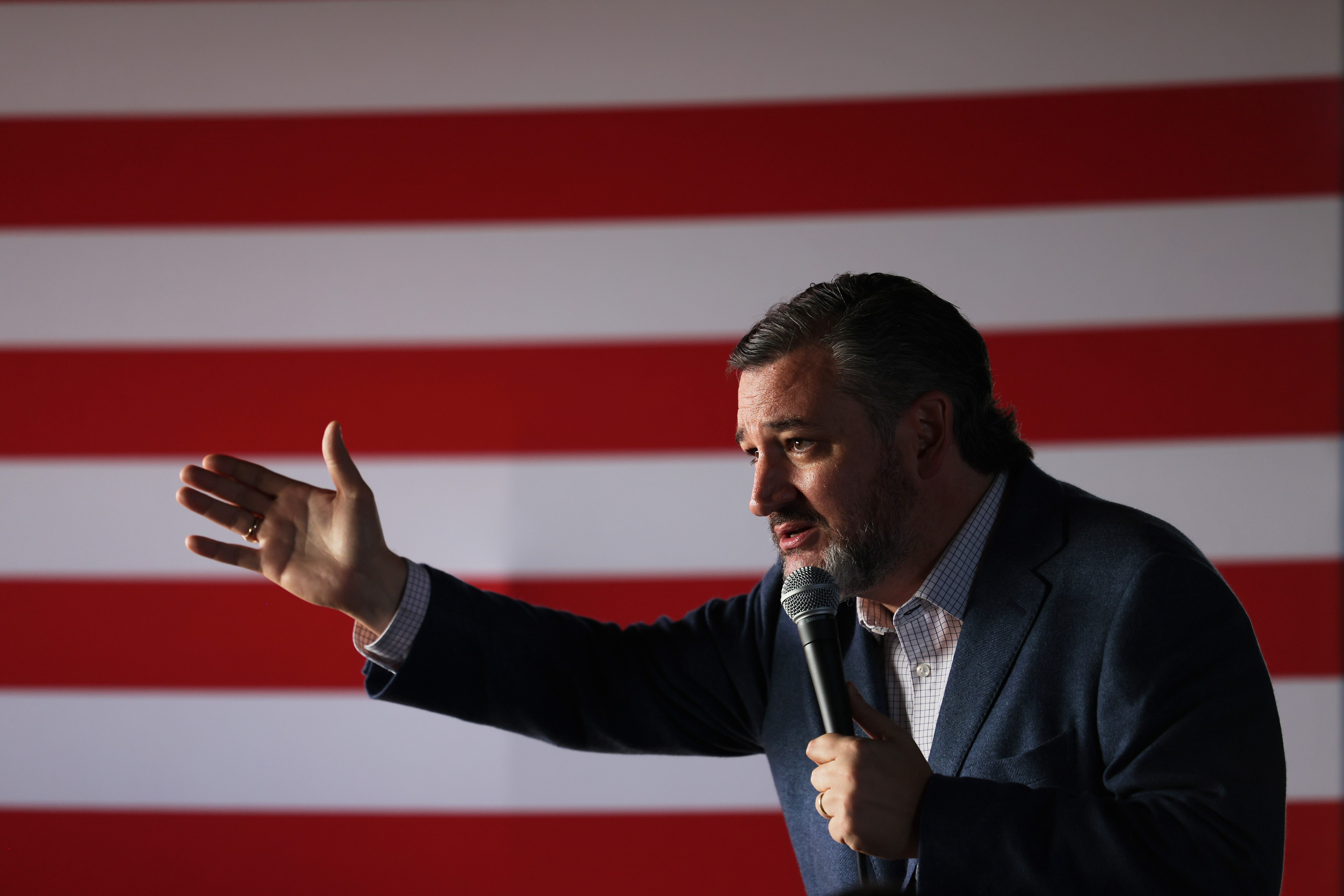 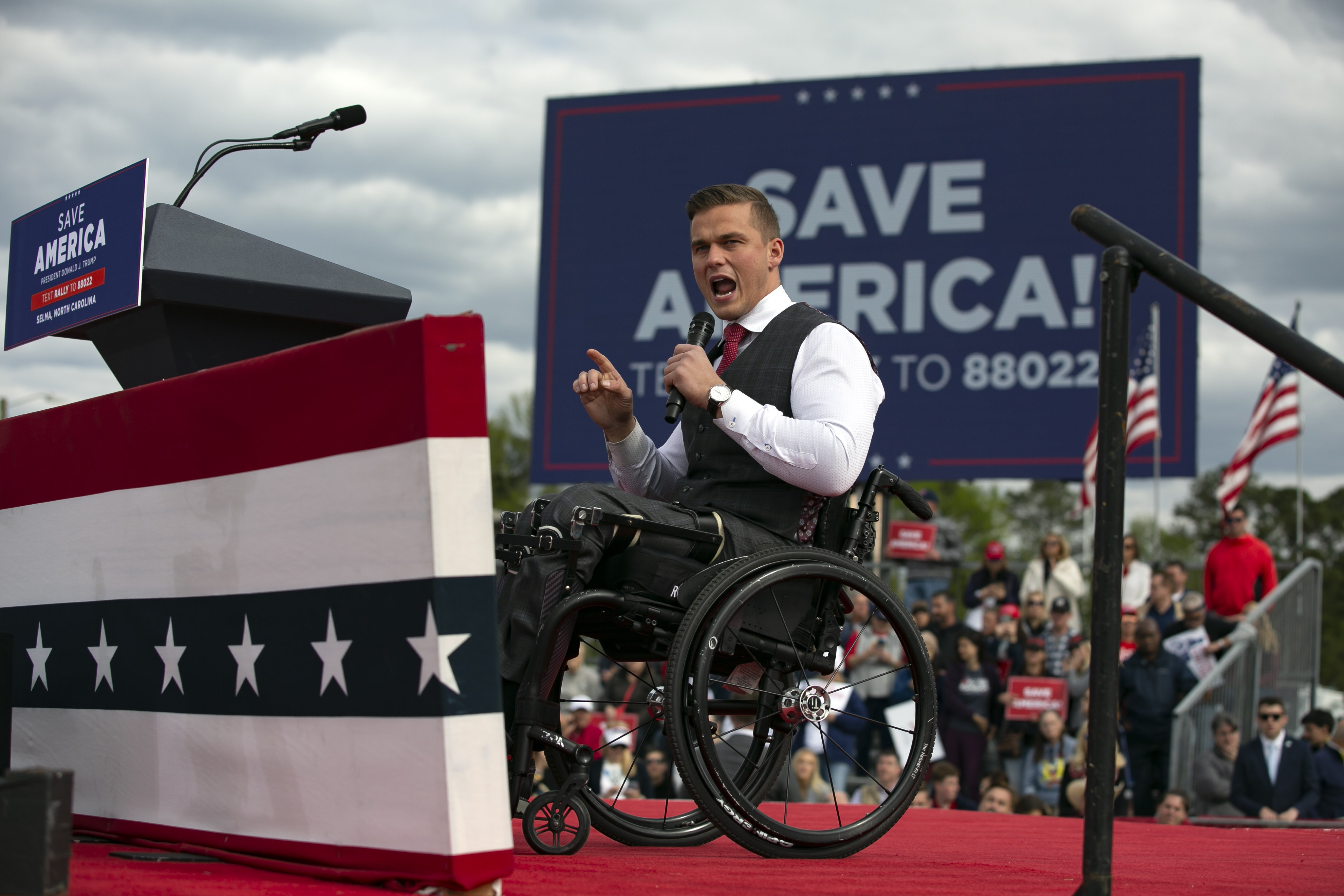 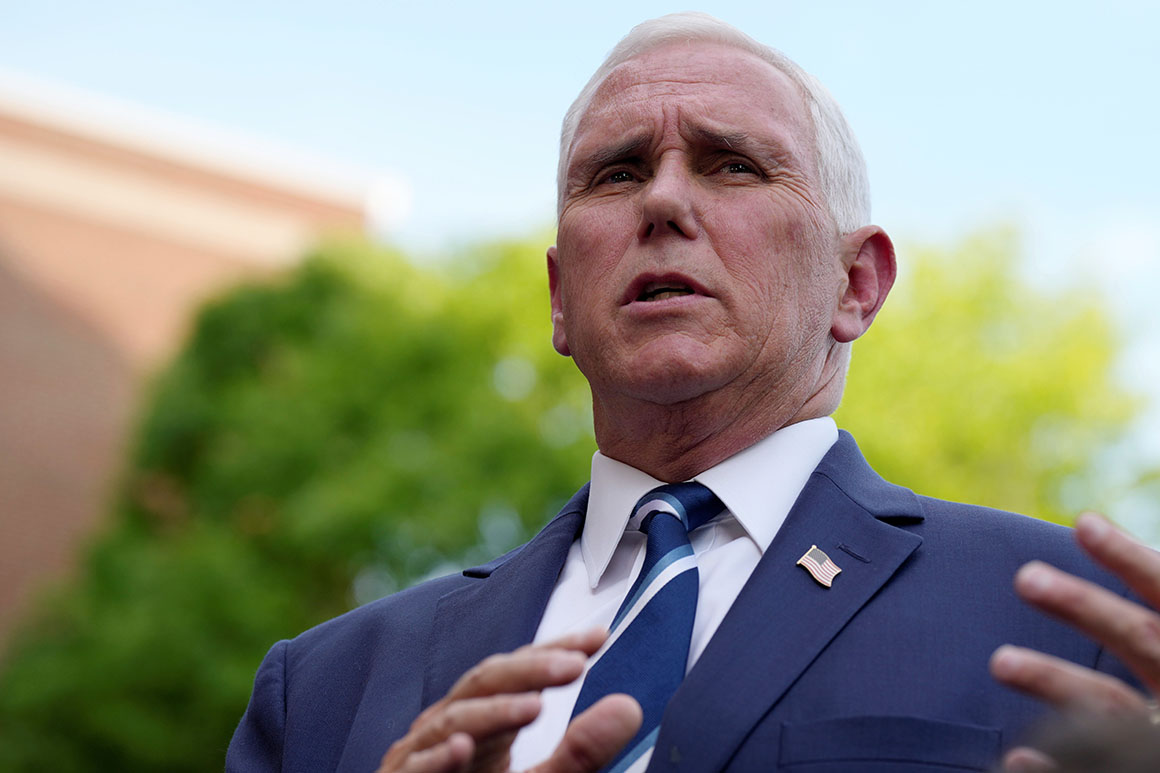