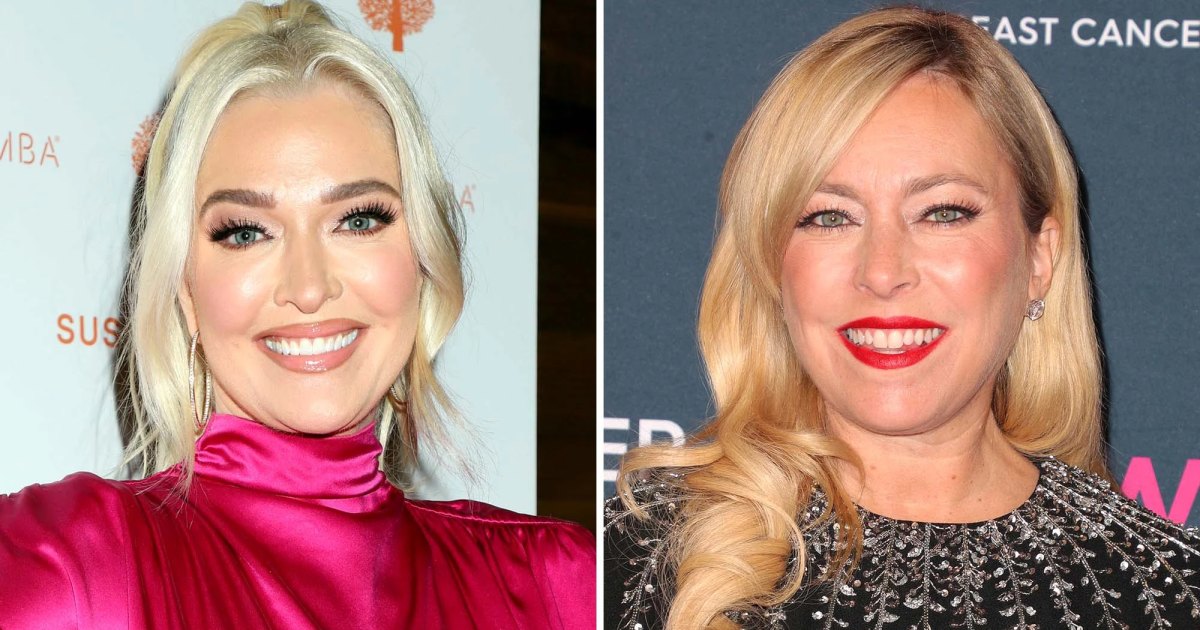 “I am starting to study with the Princeton Review for my LSATs that I’m going to take,” the 50-year-old Bravo star told the New York Post’s Page Six on Friday, October 15, noting she “got a little inspired” after watching Jayne’s drama transpire on season 11 of The Real Housewives of Beverly Hills.

Sutton explained that it was “a lot” to handle at times as Erika, 50, opened up about her and estranged husband Tom Girardi’s legal trouble on the TV series.

“I think when we kind of finished, I was really exhausted and really tired of talking about legal stuff,” the Augusta, Georgia, native said.

The Pretty Mess author made headlines in December 2020 when she and Tom, 82, were accused of embezzling funds meant for the families of plane crash victims. She has since been named in six civil lawsuits related to Tom but has continued to deny having any knowledge of her estranged spouse’s alleged wrongdoings.

Us Weekly previously confirmed that Erika is being sued for $25 million dollars by the trustee overseeing the bankruptcy case against Tom’s former law firm, Girardi Keese. According to the trustee, the firm paid for the TV personality’s PR team, glam squad and other expenses while she was married to the attorney (they split in November 2020) and therefore she is “liable” for the money.

Erika’s lawyer, Evan C. Borge, previously claimed in a statement to Us in October that the trustee’s claims are untrue.

“Mr. Richards has reached out and told me that he and the trustee want to settle. I have listened and will continue to listen,” Borge told Us earlier this month. “I can’t say enough that based on the evidence and law, Erika does not have liability for any of the claims against her. All the claims against Erika amount to efforts to blame her for the actions of others, including Girardi Keese and Tom Girardi.”

Sutton, for her part, is still moving forward with her own legal aspirations despite being exhausted over the continued story line regarding Erika this season.

“When I went to college, I wanted to go to law school. I studied political science,” the Converse College alum, who pursued a career in dance instead of furthering her education upon graduation, told Page Six on Friday. “That was my plan. I was going to be this dancing attorney. We’ll see. I might miserably fail my LSATs and not go to law school. But it’s something I’m thinking about doing.”

The Real Housewives of Beverly Hills airs on Bravo Wednesdays at 8 p.m. ET.