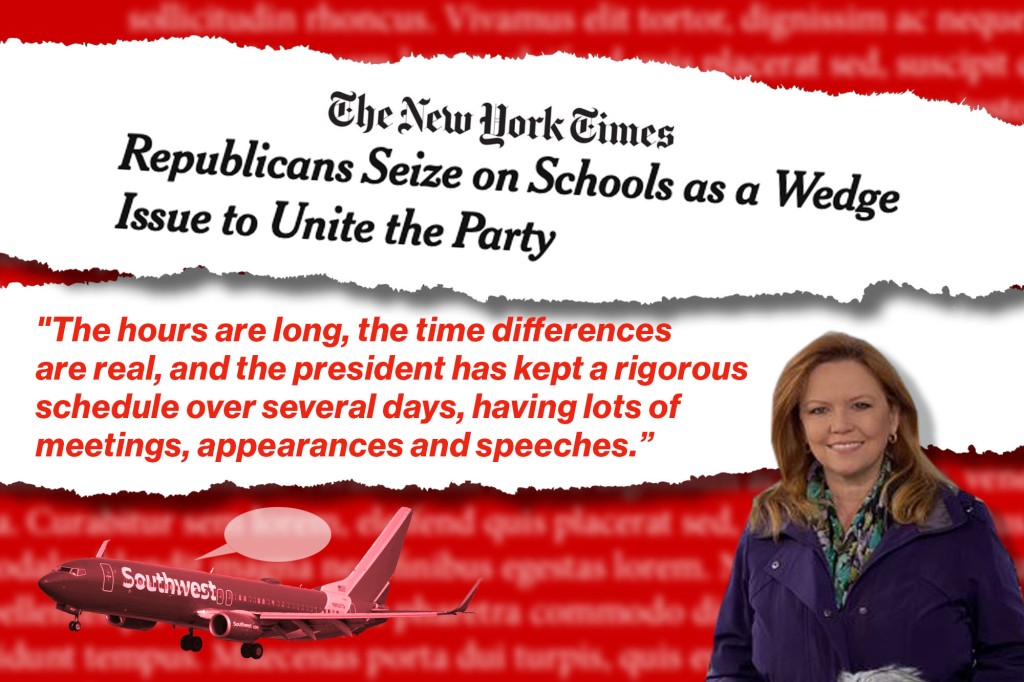 “The hours are long, the time differences are real, and the president has kept a rigorous schedule over several days, having lots of meetings, appearances and speeches.”

We say: Former President Donald Trump has long referred to his political rival as “Sleepy Joe” and Monday’s video presumably won’t help make that nickname go away any time soon. NBC News’ White House “correspondent” bent over backward trying to explain away Sleepy Joe’s snoozefest at the Glasgow gabfest. President Biden calls climate change the “greatest threat” to US national security — yet drifted in and out of dreamland at COP26, the world’s biggest gathering to address what he constantly calls a crisis. He rarely takes reporters’ questions, so shouldn’t he have time for a daily nap?

We say: The media went nuts after a Southwest Airlines pilot ended his landing intercom message with “Let’s go, Brandon,” but no figure went more over than the top than CNN analyst Asha Rangappa. She likened the pilot’s mild, jokey anti-Biden message to a terrorist’s ode to an organization obsessed with killing innocents. Capitol rioters as democracy killers seem so quaint in comparison.

We say: For Democratic mouthpieces like The New York Times, Republicans are always “pouncing” and “seizing” on subjects to score political points. But it was failed Virginia gubernatorial candidate Terry McAuliffe who made education a “wedge issue” in the campaign when he declared at a debate, “I don’t think parents should be telling schools what they should teach.” The Gray Lady might say they’re only “called” parental rights, but they’re real — and fury over overreach in education sank McAuliffe’s chances for a second term.

We say: This might be the funniest remark from those in despair over Democrats’ crushing defeat in Virginia this week, in a thread in which American Federation of Teachers chief Randi Weingarten tried to disclaim any responsibility for the parental fury that gave Glenn Youngkin the win. In fact, e-mails revealed Weingarten wrote part of the Centers for Disease Control’s guidance that cautioned against a full reopening of the nation’s schools.