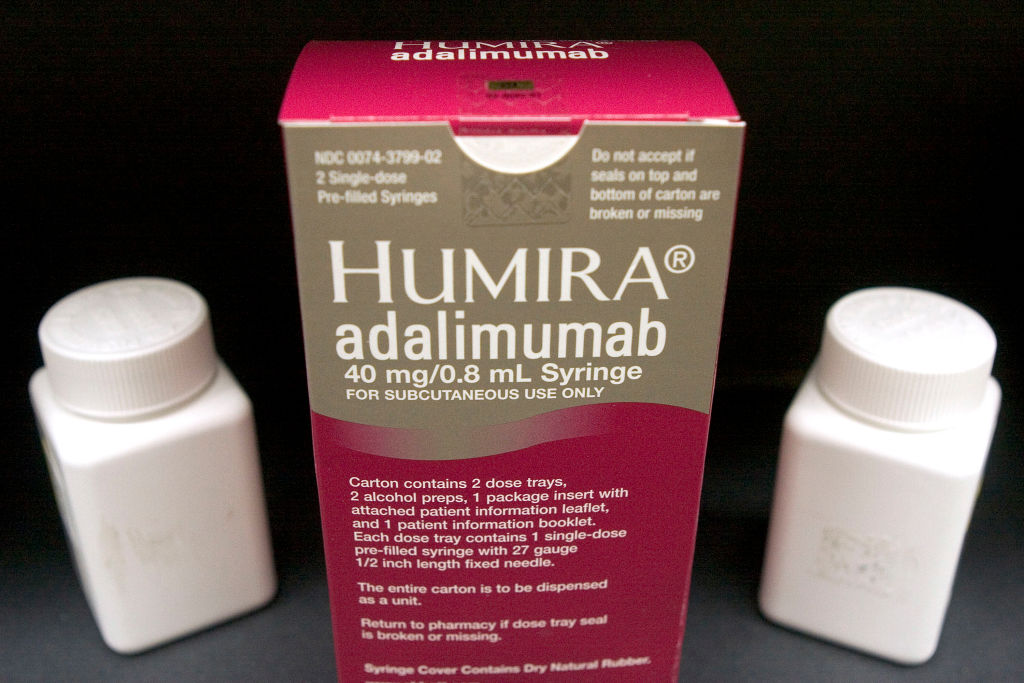 AbbVie’s blockbuster drug Humira has more competition coming—the first FDA-approved biosimilar that may be substituted for the monoclonal antibody at the pharmacy. The competing Boehringer Ingelheim product is only the second interchangeable drug the FDA has approved through the pathway it established two years ago.

Boehringer’s drug, Cyltezo (adalimumab-adbm), was originally approved as a biosimilar in 2017. The FDA’s Oct. 15 decision now makes that drug officially interchangeable with AbbVie’s Humira for most of that drug’s approved uses. Subject to state prescribing laws, this means pharmacists can substitute Cyltezo without a doctor’s explicit request or approval.

The highest-grossing drug in the world, Humira is used to treat rheumatoid arthritis, ulcerative colitis, Crohn’s disease and a number of other autoimmune conditions. It earned $8.1 billion in the first six months of 2021, according to AbbVie’s financial reports. At this rate, Humira will bring North Chicago-based AbbVie more than $25 billion before the first approved biosimilar competitor comes to market in January 2023.

As the second-ever interchangeable biosimilar approved by the FDA after Viatris’ Semglee (insulin glargine-yfgn) was deemed a safe switch with Sanofi’s Lantus in July, Boehringer’s drug is also the first accompanied by published data from a switch trial. In its Phase 3 study, Boehringer found significant evidence among 259 study participants that a patient could switch from Cyltezo to Humira and back again without deleterious effects.

According to FDA standards, a biosimilar product is interchangeable with its biologic reference product if: (1) it can be expected to produce the same clinical result as the reference biologic in any given patient and, where a biological product is to be administered more than once to an individual, (2) switching between the drugs introduces no greater risk in terms of safety or diminished efficacy than the risk inherent to using the reference product without switching.

“The biosimilar and interchangeable approval pathway was created to help increase access to treatment options for patients with serious medical conditions,” said acting FDA commissioner Janet Woodcock in the agency’s announcement of Cyltezo’s interchangeability approval. “We continue to be steadfast in our commitment to provide patients with alternative high-quality, affordable medications that are proven to be safe and effective.”

An interchangeable biosimilar competitor to Humira has been a holy grail for the industry. While Boehringer’s entry is available at the lower-concentrated and less common doses used by only 10% of the overall Humira market (40 mg/0.8 mL, 20 mg/0.4 mL), its success in meeting the FDA’s evidence goals sets a pathway for other companies, such as Iceland’s Alvotech, which has pledged to enter the market at risk—and is still fighting hard through the courts to do so.

Alvotech’s offering is significant because it is at the higher-concentrate, more commonly used dose of Humira (100 mg/mL). In September, the Reykjavik-based company announced results from a 568-participant switching study conducted in 30 centers across Europe. The study showed bioequivalence between Humira and Alvotech’s high-concentration biosimilar candidate, AVT02, after repeated switches.

After Alvotech engaged in the “patent dance” with AbbVie, wherein they shared confidential information to determine similarities and differences between their patent portfolios, the companies volleyed lawsuits back and forth. On August 23, Judge John Lee of the U.S. District Court for the Northern District of Illinois, Eastern Division rejected Alvotech’s motion to dismiss AbbVie’s patent infringement suit for lack of jurisdiction, saying “Congress could not have intended such a nonsensical result.”

However, on October 6, U.S. federal judge Harry D. Leinenweber of the same court gave Alvotech a significant, though accusingly-worded, legal win. He dismissed the suit AbbVie had brought against Alvotech alleging trade secret theft, finding lack of personal jurisdiction, but not without opining that the company had, indeed, stolen trade secrets.

“Alvotech’s illegal acquisition of trade secrets from AbbVie’s Singapore facility through the thievery of AbbVie’s Singapore employee for Alvotech’s use in Iceland is far too attenuated to allow personal jurisdiction over the Icelandic corporation Alvotech Hf,” Leinenweber wrote in his opinion and order.

Róbert Wessman, founder and chairman of Alvotech, has denied wrongdoing.

“Alvotech’s mission is to bring affordable medicines to market as soon as we can,” Wessman said after the trade secret decision was released. “Meritless accusations aimed at denying access to affordable medicines will not deter us from our mission and today serves as an affirmation of our efforts.”

AbbVie’s media relations team has not yet responded to requests for comment, and we will update the story when it does.

To date, all eight companies that have brought patent challenges seeking to enter the market as biosimilars of Humira have settled with AbbVie, agreeing to pay the biopharma giant licensing royalties for the right to compete starting no earlier than 2023, when a number of its patents expire and licensing becomes a profitable option. While AbbVie’s central composition of matter patent expired in 2016, consumer advocacy organization I-MAK says the company holds a “thicket” of more than 130 other patents that it defends vigorously.

If approved by the FDA, Fresenius Kabi will launch its biosimilar in September 2023 and Coherus BioSciences will launch its version that December. Momenta Pharmaceuticals, now a Johnson & Johnson subsidiary, has pulled its candidate from the FDA review process after reaching a settlement with AbbVie.

None of these competitors have delivered FDA evidence to support an interchangeability designation as of yet, leaving Cyltezo in a class of its own, for now.