in World
Reading Time: 9 mins read
A A

Colin Powell, the son of Jamaican immigrants who rose to become the first Black U.S. secretary of state and top military officer but whose reputation was tainted in 2003 when he touted spurious intelligence to the United Nations to make the case for war with Iraq, has died at the age of 84.

Powell died of complications from COVID-19, his family said early Monday on his Facebook page. He was 84.

In the post, his family said Powell had been fully vaccinated and was receiving care at Walter Reed National Medical Center in Bethesda, Md. The Powell family’s social media post did not address whether Powell had any underlying illnesses, but Peggy Cifrino, Powell’s longtime aide, told The Associated Press he had been treated over the past few years for multiple myeloma, a blood cancer.

In a long military career that included service in the Vietnam War, Powell rose to public prominence by serving as national security adviser under President Ronald Reagan beginning in 1987, two years later becoming the chairman of the Joint Chiefs of Staff. In the latter role he oversaw the U.S. invasion of Panama and later the U.S. invasion of Kuwait to oust the Iraqi army in 1991.

Bush called him a “great public servant” in a statement mourning his death.

“He was such a favourite of presidents that he earned the Presidential Medal of Freedom — twice,” said Bush.

Powell famously represented the administration at the United Nations, arguing that U.S. intelligence had confirmed Iraq’s possession of weapons of mass destruction, which was ultimately proven to be incorrect.

During his term as secretary of state he underwent surgery to treat prostate cancer.

He was later estranged from the Republican Party, endorsing Democrats Barack Obama, Hillary Clinton and Joe Biden in their presidential campaigns, though he stressed in interviews he hadn’t changed party affiliation.

“He lies about things, and he gets away with it because people will not hold him accountable,” he said in an interview.

It will be impossible to replace Gen. Colin Powell. He was a tremendous personal friend and mentor to me, and there’s a hole in my heart right now as I think about his loss. My thoughts and prayers today are with his family, and I want them to know I will miss him dearly. <a href=”https://t.co/pX24KQMMBc”>pic.twitter.com/pX24KQMMBc</a>

Lloyd Austin, U.S. President Joe Biden’s defence secretary and the first Black man to serve in that role, called Powell a mentor and a great leader.

“I feel as if I have a hole in my heart,” Austin said Monday.

At the White House, Biden said Powell “embodied the highest ideals of both warrior and diplomat.”

“He believed in the promise of America because he lived it,” the president said. “And he devoted much of his life to making that promise a reality for so many others.”

Powell is survived by his wife of 59 years, Alma, and three children, including Michael Powell, who served as U.S. Federal Communications Commission chairman under George W. Bush.

“We have lost a remarkable and loving husband, father and grandfather and a great American,” the family said.

Powell was born in New York City on April 5, 1937, and raised in the South Bronx neighbourhood, the son of a shipping clerk and a seamstress from Jamaica who arrived in the U.S. in 1920.

Powell’s own ticket to success was the military’s Reserve Officer Training Corps (ROTC), a program for university students that engaged his energies when he was, by his own admission, an otherwise uninspired student at the City College of New York.

He was commissioned a U.S. army second lieutenant in 1958.

He served 35 years in the army, including two combat tours in Vietnam and postings in West Germany and South Korea. In Vietnam, he was wounded by a booby trap near Vietnam’s border with Laos and injured in a helicopter crash.

He earned a White House fellowship while in the army during Richard Nixon’s presidency and won the respect of officials who later would serve in senior posts under Reagan. He served as chairman of the Joint Chiefs of Staff from 1989 to 1993.

General Colin Powell understood what was best in this country, and tried to bring his own life, career, and public statements in line with that ideal. Michelle and I will always look to him as an example of what America—and Americans—can and should be. <a href=”https://t.co/vSxTbUE5aR”>pic.twitter.com/vSxTbUE5aR</a>

Powell became a celebrity during the 1991 Gulf War with crisp televised briefings, at one point saying of Iraq’s army: “First we’re going to cut it off, then we’re going to kill it.”

As the top U.S. military officer, he opposed allowing gay people to serve openly in the military, but reversed his view in 2010 after Obama became the first president to endorse gay marriage.

‘These are not assertions’

Powell will forever be associated with his controversial presentation on Feb. 5, 2003, to the UN Security Council, making President George W. Bush’s case that Iraqi President Saddam Hussein constituted an imminent danger to the world because of his country’s stockpiles of chemical and biological weapons.

“These are not assertions. What we’re giving you are facts and conclusions based on solid intelligence,” he told the panel.

In the Security Council chamber, he displayed photographs and diagrams purporting to detail Iraqi weapons of mass destruction, as well as translations from U.S. intelligence intercepts.

At one point, Powell brandished a small vial containing a teaspoon of simulated anthrax, warning that Iraq had not accounted for “tens upon tens upon tens of thousands of teaspoons” of the deadly pathogen.

The invasion came six weeks later but no such weapons were found, undermining American credibility for years. U.S. forces fought in Iraq from 2003 to 2011, with nearly 4,500 American troops killed and 32,000 wounded. Many thousands of Iraqi civilians also died in the war, but the definitive number may never be known.

Powell years later said he and his staff spent days “trimming the garbage” that Vice-President Dick Cheney’s staff had provided as evidence of Saddam’s weapons programs and alleged links to al-Qaeda.

He admitted later that the presentation was rife with inaccuracies and twisted intelligence provided by others in the Bush administration and represented “a blot” that will always be a part of his record.

“There were some people in the intelligence community who knew at that time that some of these sources were not good, and shouldn’t be relied upon, and they didn’t speak up. That devastated me,” Powell told interviewer Barbara Walters in 2005.

A former White House adviser to former U.S. secretary of state Colin Powell says his life and accomplishments should be seen as ‘a great American story.’ (Sergei Karpukhin/Reuters) 6:00

Powell announced his resignation in “mutual agreement” with Bush after the president’s re-election victory in 2004.

One of his chief military accomplishments was his development of the so-called Powell Doctrine on the use of U.S. force, which arose out of the ambiguous objectives and erratic troop build-up of the Vietnam War era.

The doctrine states: War should be a last resort; force, when used, should be overwhelming; there must be strong public support for it and a clear exit strategy.

“Although we grew up in different contexts, we bonded over our family’s immigrant stories, our deep love of America, and our belief in the importance of public service,” said Madeleine Albright, his predecessor as secretary of state. “He was a wise and principled man, a loyal friend, and one of the kindest people I have ever met. I am a better person for having known him, and America is a better place because of him.” 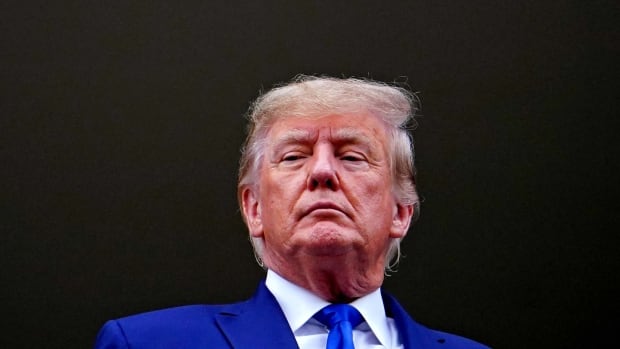 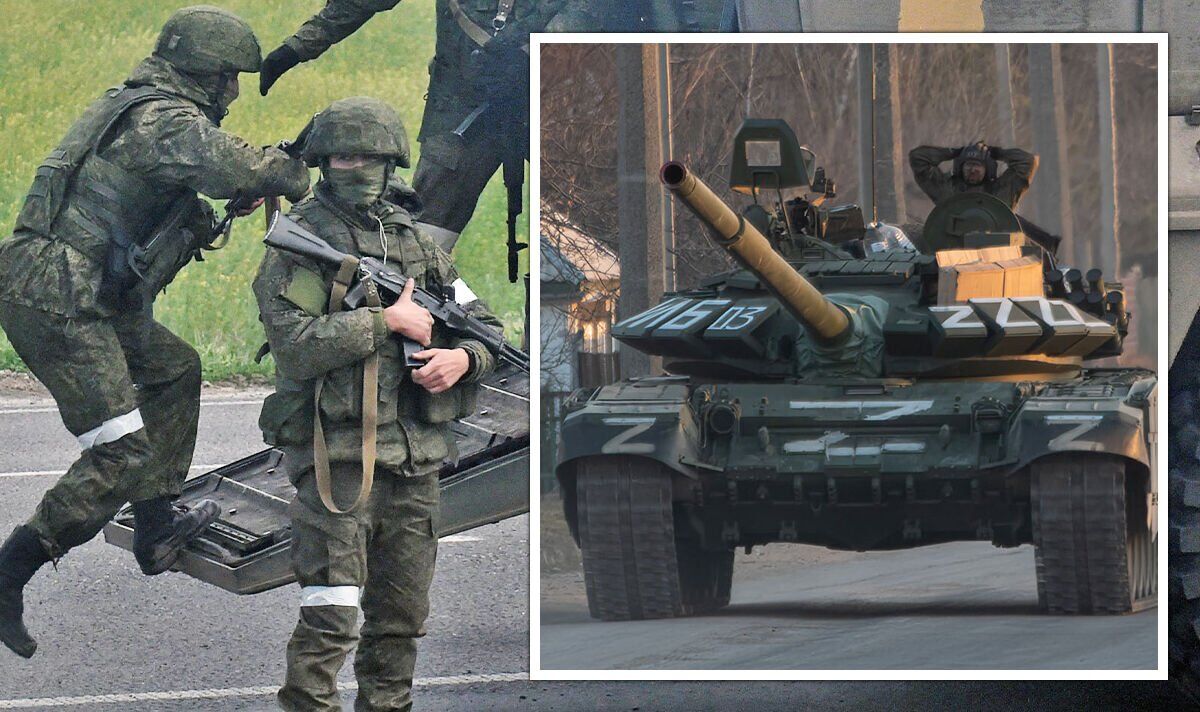 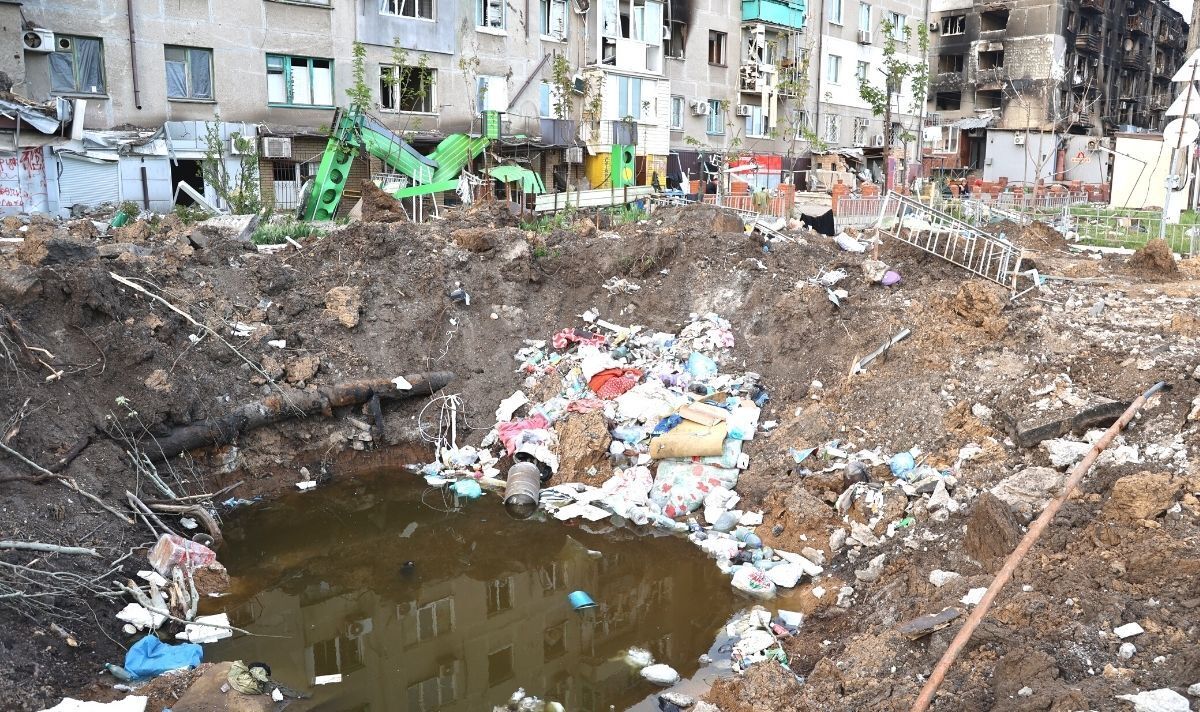 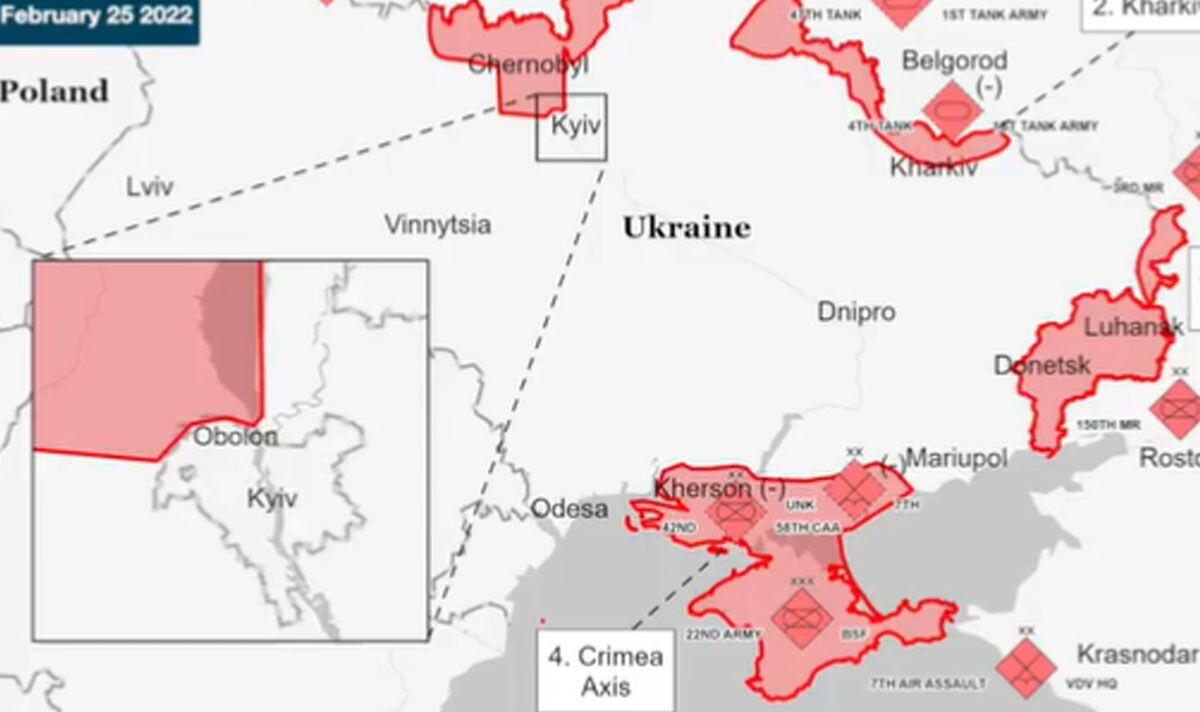 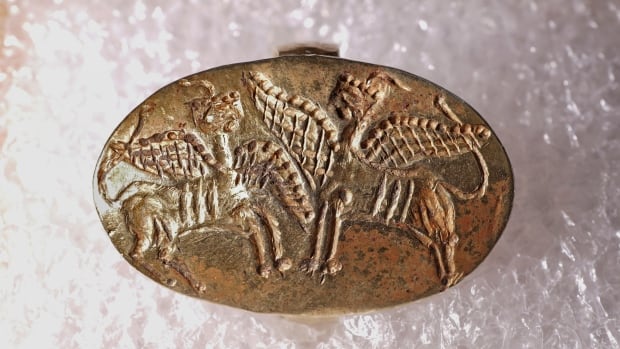 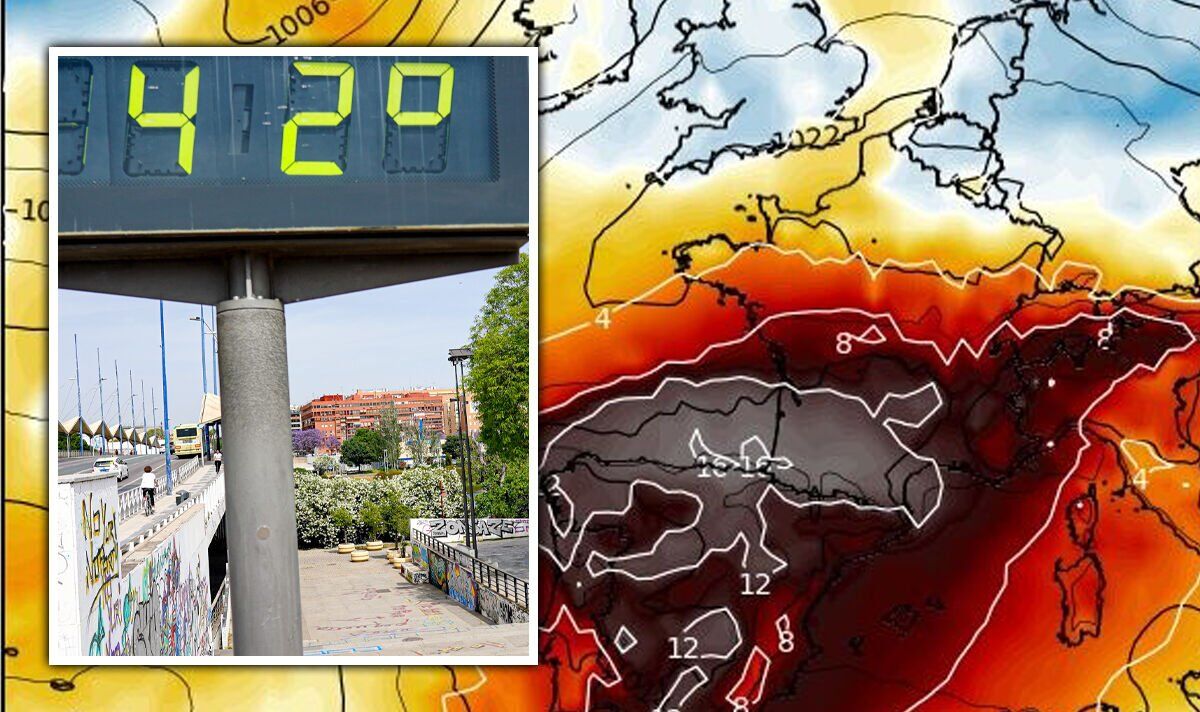 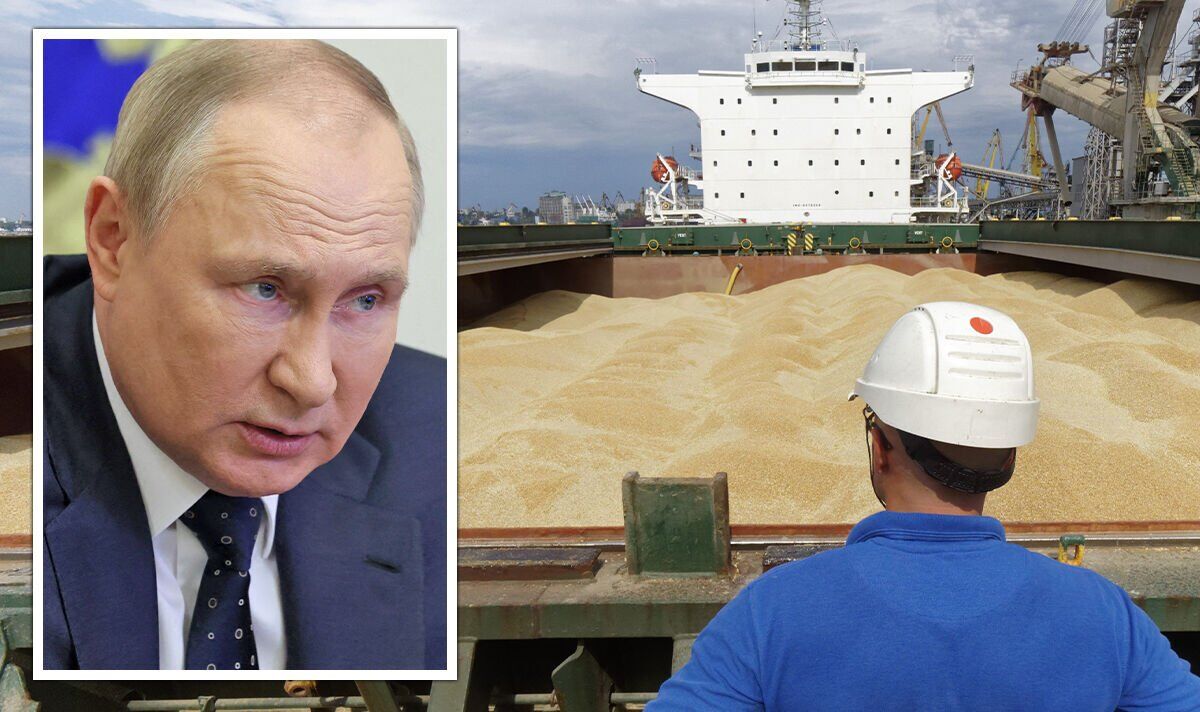 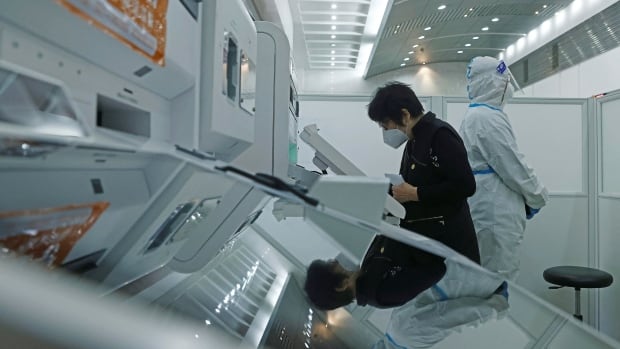