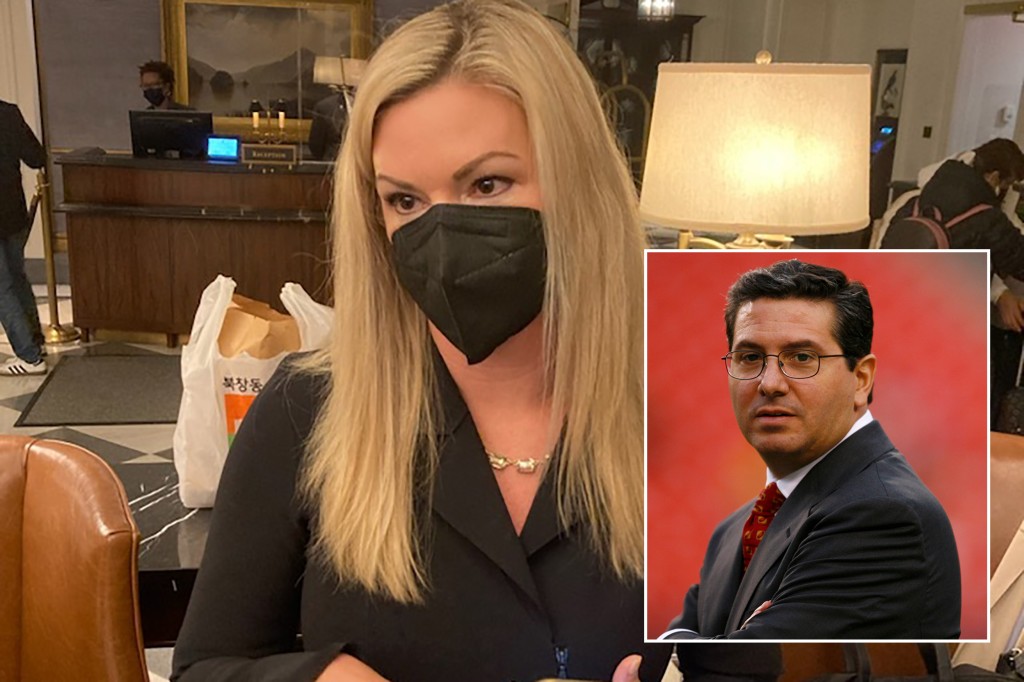 To further support her ongoing argument that the WFT has a history of “serial sexual harassment and assault,” Coburn said she “hand delivered urgent letters” to owners urging them to release the review findings, The Post’s Ryan Dunleavy reported.

“We’ve had no comments since the investigation was wrapped up in July,” Coburn said, noting the $10 million fine handed down to the WFT at the time.

“There has been no outreach from the NFL to our attorneys,” she added about previous attempts to meet with the league.

Coburn voiced that she believes Allen is “another fall guy” for current owner Daniel Snyder in the email leak.

“I want transparency and accountability,” Coburn demanded during the meeting. “I want everyone to know the heinous things that happened in that organization.”

Coburn was a WFT cheerleader for four years before before she became the team’s marketing director for 10 years. Coburn left the team on her own accord and did not sign an NDA related to the initial investigation. She has spoken in defense of WFT cheerleaders since the details of the Gruden emails became public.

The former employee alleged that men in the WFT organization were “trying to pimp out” cheerleaders, and that “objectifying, demeaning behavior from management, [and] not organized prostitution,” took place.

Coburn was accompanied at the meeting by another former WFT employee, Anna Nunez, who made similar claims.