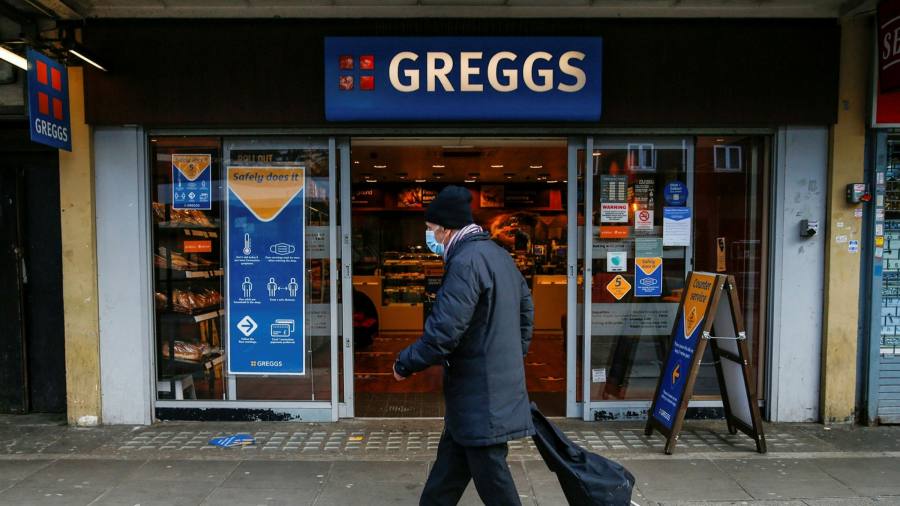 Greggs raises annual forecast as it speeds up expansion

Greggs has boosted its full year forecast and said it plans to speed up new shop openings after the bakery group outperformed its pre-Covid sales figures over the summer.

The food-to-go chain said on Tuesday that in the three months to the end of September sales were up 3.5 per cent in its company-managed stores compared to the same period in 2019.

Greggs said that growth was strongest during August thanks to a “staycation effect”, but had still remained at 3 per cent above 2019 levels in the four weeks to October 2.

It joined scores of other food businesses that have warned in recent weeks about increasing inflationary pressures towards the end of the year, but said that it still expected its “full year outcome to be ahead of our previous expectations”.

Shares in the chain are up around 60 per cent so far this year.

The company, which has become known for its rollout of vegan snacks, said it had increased its vegan-friendly menu and expanded its home delivery service so that 943 of its 2,146 stores now offered it.

Greggs said it had pushed ahead with its plan for opening new stores, with a net total of 100, including its first in London’s Canary Wharf financial district.

It added that its expansion into other sales channels, such as home delivery and evening opening, would allow it to accelerate store launches to 150 net new sites per year from 2022 and double its revenue to around £2.4bn by 2026.

'Now those gloves are off': Afghan women brace for uptick in domestic violence under Taliban