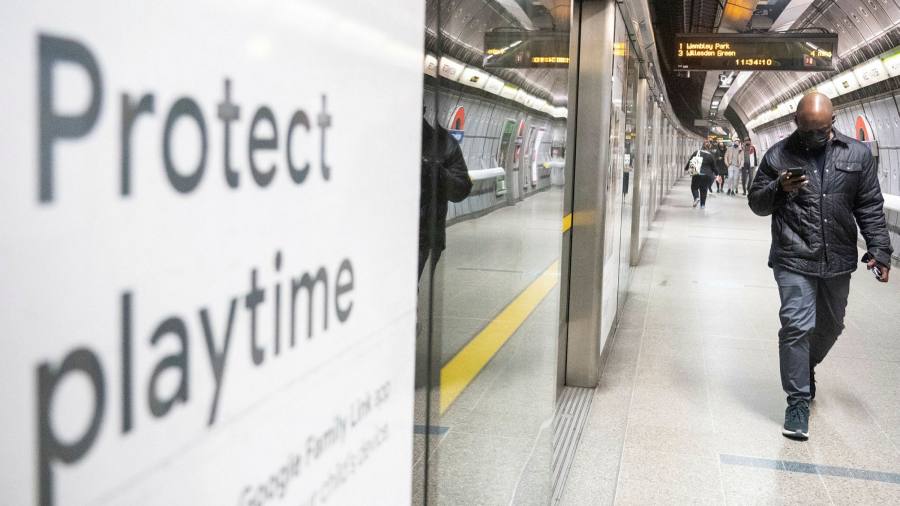 Medics and science advisers have accused the government of bungling the rollout of Covid-19 boosters and school vaccinations in England, as concerns grow that the flailing campaign could force ministers to activate fresh restrictions.

As a nationwide advertising drive launched this weekend, across billboards, radio and television, in an effort to rally interest in flu and Covid jabs, experts warned that the stuttering vaccination programme was not just the consequence of a fall-off in demand but also of logistical failures.

Roughly half the people eligible for their third dose have not yet come forward. About 4.5m people have received a booster shot in England, but more than 5m are yet to do so. Meanwhile, vaccination rates have dragged. In the week ending October 22, 1.8m shots were administered — half of the peak of the vaccine programme in April, when 3.6m were jabbed in a single week.

Prof Azeem Majeed, head of the department of primary care and public health at Imperial College London, said the NHS vaccine drive had “fragmented” and was “lacking national leadership”, referring to the “absence” of new vaccines minister Maggie Throup.

In a sign of the government’s scramble to take hold of booster programme, the NHS has drafted in the former head of the vaccine programme, Emily Lawson, from the Number 10 delivery unit to steer the rollout.

“The NHS is fighting a war on many fronts with the vaccination campaign — whereas before there was only one programme, now there are four,” explained Majeed.

He said that “juggling” a booster campaign for over-50s, healthcare workers and the immunosuppressed, school vaccinations, in addition to the rollout of flu jabs, had caused “organisational dysfunction”.

David Salisbury, a former senior official in charge of immunisation for the UK government, said: “The delivery of the vaccine has become much less clear.”

He said that uptake of boosters had been hampered by an “inflexible” booking system, where people must wait to be called, and people confusing it with the flu vaccine drive. He added that delaying the opening of walk-in clinics in England for 12 to 15-year-olds had been an “error”.

But Salisbury also called for a change in government messaging to maximise uptake. “There’s an impression coming from the top that the pandemic is over and life is back to normal.”

He added that uptake of third doses would “always fall short” compared with the initial campaign, noting that a “greater sense of urgency” from the government could convert some holdouts.

Maggie Wearmouth, a member of the Joint Committee on Vaccination and Immunisation (JCVI) and a general practitioner, said: “They are taking their cues from the politicians,” adding: “There’s a group of people who are very ambivalent about getting a booster because they feel bulletproof, they feel psychologically safe.”

Politicians have instead put pressure on the JCVI to cut the interval between second doses and boosters from six to five months, which would immediately extend eligibility to 9.3m more people across the UK — double the current figure. Jeremy Hunt, former health secretary who chairs the health select committee, called for the change in policy on Thursday.

The JCVI is yet to discuss shortening the gap, according to sources close to the committee, but Boris Johnson said on Thursday that it was an “extremely important point”. However, Whitehall insiders insist their focus is on getting booster shots into the arms of those who are already eligible under the six-month rule.

But healthcare leaders have warned that winning around those most resistant to third doses could prove difficult partly because of GP practices taking a back-seat role compared with pharmacies and walk-in clinics in the booster campaign. 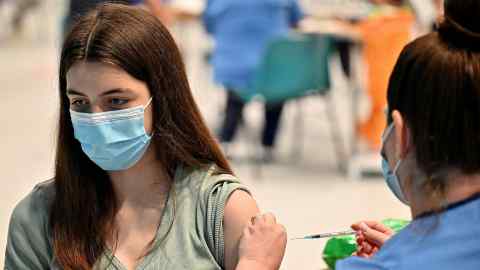 GPs are holding fewer Covid-19 vaccination clinics and spending more time focused on “business as usual”, after criticism from ministers about a lack of face-to-face consultations, according to Martin Marshall, chair of the Royal College of General Practitioners.

“If general practice were more involved, clinics would be more local, and particularly for older people I suspect that [uptake] rates would be higher.”

“The large sites . . . work well for people keen to get vaccinated,” added Majeed. “But lots of people, who are a bit hesitant, need some cajoling . . . Previously that was done by the GPs or practice nurses, but that’s happening less this time.”

More than 60 per cent of eligible over-80s in England had received a booster by October 22. In an early positive development, cases among that cohort are now falling while still rising among all other age groups.

Covid-19 hospital admissions and deaths over the next year could be halved if 90 per cent of over-50s who become eligible for the booster take it, against a scenario with only 50 per cent uptake, according to projections produced by the London School of Hygiene and Tropical Medicine.

“Boosters will be critical in terms of whether or not we’re going to need any more interventions,” said Graham Medley, chair of the Covid-19 modelling advisory group SPI-M.

“There is a risk that [hospital pressures] will get beyond the level that the government and public is prepared to accept,” he said, adding: “Boosters on their own will probably be enough.”

“It’s certainly true that if they act early [by introducing restrictions], they will have to do less than if they act later . . . But because of boosters they might not have to act at all.” 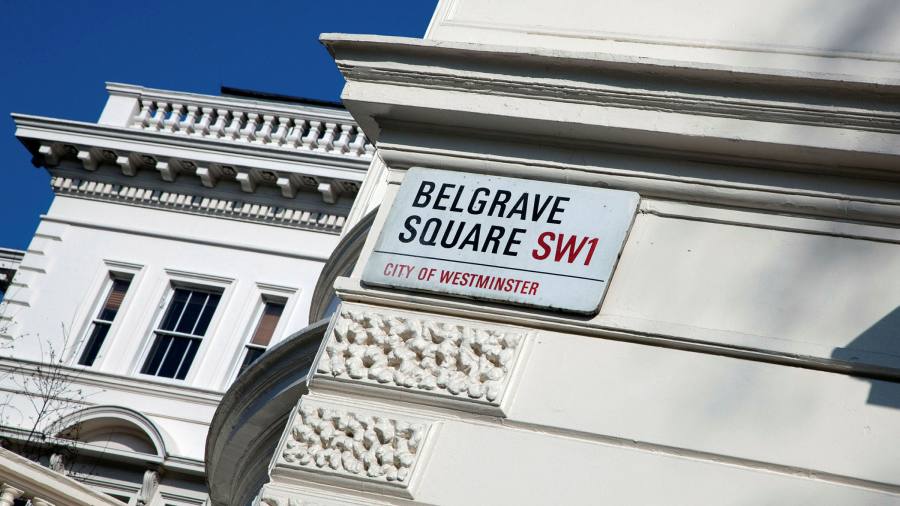 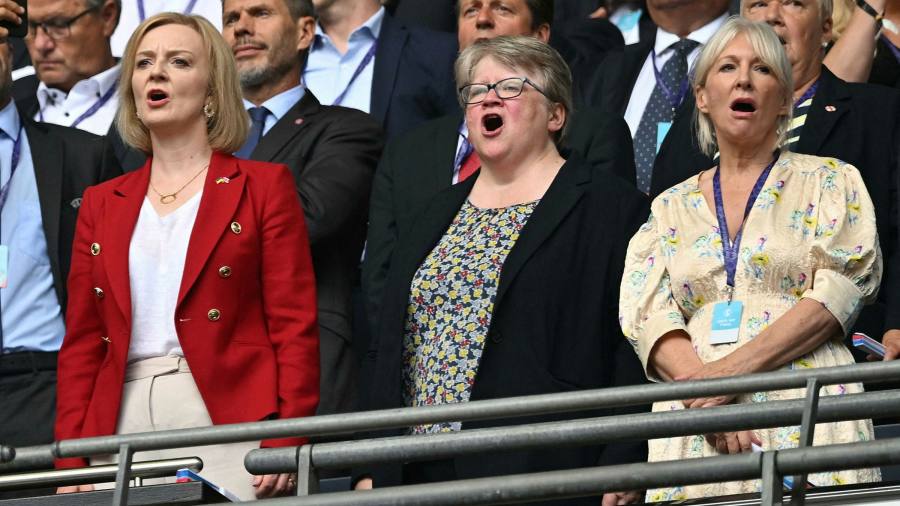 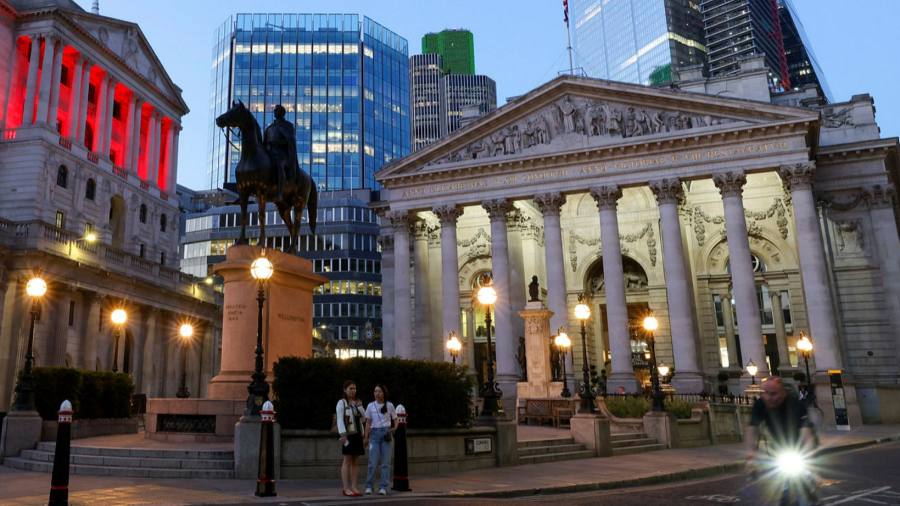