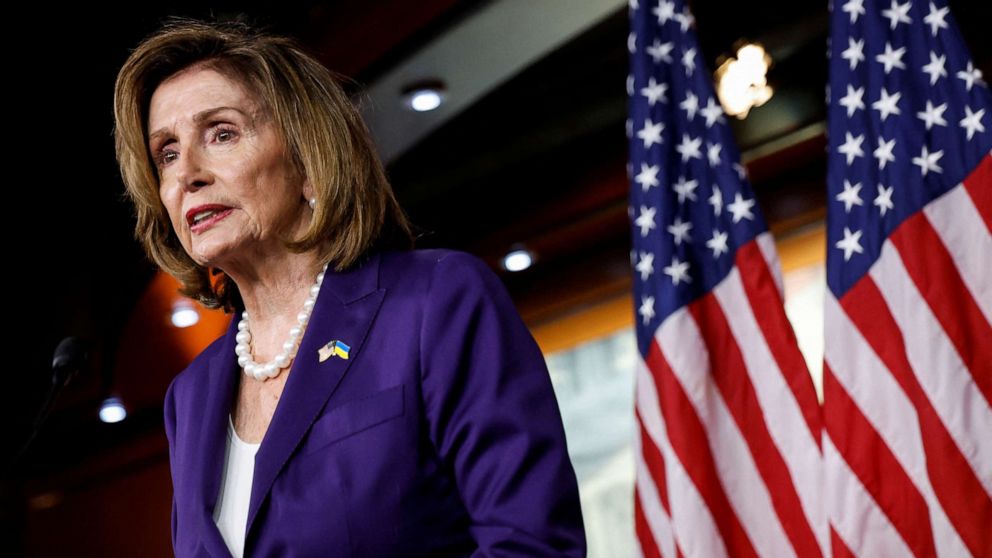 The House of Representatives on Friday passed a bill to ban assault-style weapons.

The last-minute vote was announced by House Speaker Nancy Pelosi, D-Calif., on Friday morning just hours before the chamber was set to break for a month-long recess.

The legislation passed 217 to 213. Two Republican lawmakers — Reps. Brian Fitzpatrick of Pennsylvania and Chris Jacobs of New York — voted in support of the bill.

Pelosi said the ban is “a crucial step in our ongoing fight against the deadly epidemic of gun violence.”

“Our nation has watched in unspeakable horror as assault weapons have been used in massacre after massacre in communities across the country,” she said on the floor during debate on the bill. “And disturbingly, so many of these mass shootings have targeted our precious children, in our schools, at the movies, at the malls and throughout our communities.”

The passage of the assault weapons ban comes roughly two decades after Congress allowed such restrictions to lapse. Democratic lawmakers say since then, mass shootings have tripled.

If enacted, the bill would make it a crime to knowingly import, sell, manufacture, transfer, or possess a semiautomatic assault weapon or a large capacity ammunition feeding device. But some of these weapons would be allowed to be grandfathered in.

Congress passed its first major piece of gun reform in 30 years in June, which enhanced background checks for potential gun buyers under the age of 21 and included money for red flag laws and mental health services. But the measure fell short of what Biden and Democrats hoped to pass.

The Biden administration offered its support for the bill ahead of the House vote.

“40,000 Americans die from gunshot wounds every year and guns have become the top killer of children in the United States,” the White House Office of Management and Budget said in a statement. “As President Biden has repeatedly called for, we must do more to stop this gun violence and save lives. We know an assault weapons and large-capacity magazine ban will save lives.”

While the bill cleared the House, it’s unlikely to advance in the Senate, where Democrats would need at least 10 Republican votes to overcome the filibuster.

House Republicans criticized the ban as a violation of the Second Amendment, with Rep. Andrew Clyde, R-Ga., displaying a poster of a firearm with the phrase: “Shall not be infringed.”

House Democrats originally planned on including a ban on assault weapons in a broader public safety package, but division within the caucus has delayed leadership’s efforts to bring the package to the floor before the August recess.

Pelosi said Friday that work continues on the other policing measures, including a bill to reinstate some civil liability for gun-makers and legislation to create new federal grant programs for local police departments.

“House Democrats are committed to building safer communities, in every corner of the country,” she wrote to her colleagues. “To that end, our Members have been working on a robust package of public safety bills and have made immense progress in our discussions.”

Shannon Crawford contributed to this story.