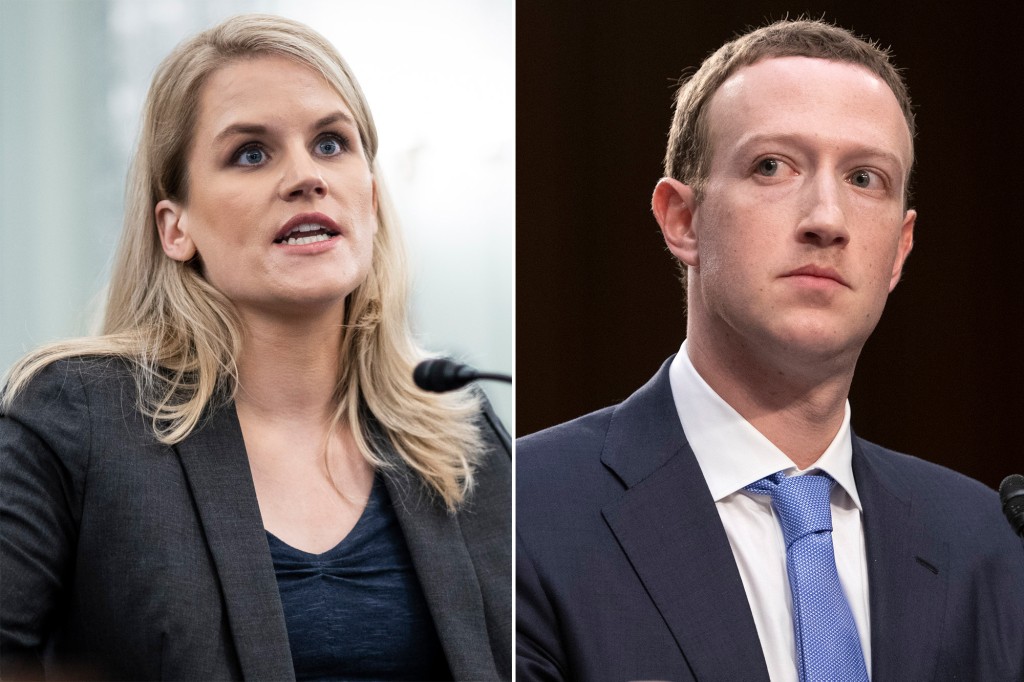 How Facebook can — and should — be tamed by the government

“Facebook and Big Tech are facing a Big Tobacco moment, a moment of reckoning.”

This was the prediction made last Tuesday by Richard Blumenthal, the 75-year-old senator from Connecticut, at the beginning of a Senate subcommittee hearing examining allegations against Facebook brought by a former employee.

That employee, Frances Haugen, a 37-year-old Harvard grad and two-year vet of Facebook as a product manager, said during the hearing that she initially joined the company “because I think Facebook has the potential to bring out the best in us.”

But she left and went public with her concerns after determining that “Facebook’s products harm children, stoke division and weaken our democracy.”

In testimony that lasted over three hours, she accused the company of ignoring internal research that showed the harm it was causing to young users — particularly teen girls, 13.5 percent of whom said that Instagram increased their thoughts of suicide, according to one internal study — and being dishonest about its efforts to police hate speech and misinformation.

As proof, Haugen provided thousands of pages of internal research documents that she’d copied during her time as an employee.

Even though Haugen claimed she wasn’t there to destroy her former employer — “I have a huge amount of empathy for Facebook,” she assured the subcommittee — it did seem like it might be the beginning of the end for the social media giant.

Maybe it was, as Blumenthal promised, analogous to the fall of Big Tobacco.

Not everybody is so sure. Steven Levy, author of “Facebook: The Inside Story,” told The Post that we’ve been down this road before.

“The more obvious solutions — increasing privacy protection — have been known for years, and Congress has done little or nothing,” he said. “It has nothing but bluster when it comes to cracking down on toxic content that does not violate the law.”

When Sen. Markey of Massachusetts, who called Haugen a “21st-century American hero,” announced to Facebook CEO Mark Zuckerberg that “your time of invading our privacy, promoting toxic content and preying on children and teens is over,” Levy was unimpressed.

“It reminded me of identical hollow threats when Zuckerberg testified in 2018,” he said.

Cynicism was the prevalent emotion even among big tech novices.

“OMG You mean Facebook prioritized it’s profits over the public GOOD!?!?” tweeted “The Office” actor Rainn Wilson. “Note: Please find me a company in this consumerist wasteland that HASN’T!”

Though the controversy may seem like business as usual — Facebook gets outed for being morally corrupt, apologizes, gets wrist slapped — some, like Roger McNamee, an early Facebook investor, Zuckerberg advisor and author of “Zucked: Waking Up to the Facebook Catastrophe,” say it’s anything but.

“Each scandal builds on the foundation of scandals that came before it,” he said. “This one has the potential to be different.”

Different how? It helps that Haugen, the human face of this scandal, comes across as credible and well-spoken. ”Her testimony was devastating,” said McNamee. “It was authoritative and utterly convincing.”

What’s more, both Congress and the public in general are no longer playing catch up. “It’s not just a lot of digital gobbledygook about algorithms and platforms,” said Tom Wheeler, a technology regulation advocate and former FCC Chairman from 2013 to 2017. “This is about profits over people, which is much easier to understand.”

But most importantly, the reason this might finally be the nail in Facebook’s coffin is the documentation.

“The whistleblower provided evidence that proves every bad thing on Facebook is the result of conscious choices by management,” McNamee said.

Or as Levy puts it, “Frances Haugen is Facebook’s Snowden. It’s tough for Facebook to argue against its own research.”

Not that they haven’t tried. In a 1,300-word note posted Tuesday on Facebook, Zuckerberg tried to refute Haugen’s charges, claiming she painted “a false picture of the company.”

“We know that more people die than would otherwise because of car accidents, but by and large, cars create way more value in the world than they destroy,” he said. “And I think social media is similar.”

Tech columnist Kevin Roose tweeted that it was a “weird tactic. Like if Chipotle was getting criticized for having salmonella in its guac or whatever and the CEO’s response was like, ‘Well, scaled food production has had many benefits for humanity, including freeing us from being hunter-gatherers.’ ”

Taking on Facebook is no easy task. Australia has gone to battle with the tech giant this year, with the country’s highest court deciding last month that media outlets could be held liable for defamatory comments posted by readers on their respective Facebook pages. (CNN is the first major news outlet to opt out of Australia’s Facebook.)

On Wednesday, Communications Minister Paul Fletcher said they’re still investigating ”the question of whether Facebook themselves are liable.”

It may sound like new terrain, but McNamee said the legal battle against Facebook is not without precedent.

Each time, the process began without experts in Congress. “Reform creates incentives for members to develop expertise,” McNamee added. “And that process has already begun in tech.”

That optimism isn’t shared by Vivek Ramaswamy, a biotech entrepreneur and author of “Woke, Inc.” While he thinks Facebook “deserves criticism for its rampant institutional lying,” he also believes that the investigation by Congress is heading in the wrong direction.

“The main argument is, Facebook didn’t do enough to stop misinformation and hate speech,” he said. “That could be used as political cover to allow Facebook to work hand in glove with the government, to socially and possibly even politically empower Facebook to engage in craven censorship far more than they already have.”

There’s also the question of whether Facebook has become so ubiquitous in the modern world that it’s simply too big to fail. We got a taste of our dependency on the platform last Monday, when Facebook’s apps — which include Facebook, Instagram, WhatsApp, Messenger and Oculus — went down for six hours, caused (according to the company) by a problem with its network configuration.

Zuckerberg apologized for the disruption in a statement, adding “I know how much you rely on our services to stay connected with the people you care about.”

That reliance may be the biggest ace in Facebook’s hand.

“For lots of people, it represents a lifeline to the world, something that has been exacerbated during the pandemic,” said MSNBC columnist Michael A. Cohen and author of “Clear and Present Safety: The World Has Never Been Better and Why That Matters to Americans.”

There might be competitors eager to take Facebook’s place, but “adopting new technologies is easier said than done,” Cohen said. “Other companies can do what they do, but no one has the scale they do. So it’s virtually impossible to replace them. I sympathize and generally agree with Facebook’s critics, but if you don’t recognize the vital role, you’re kind of missing the forest for the trees.”

Ramaswamy believes the opposite — that not only can we live without Facebook, we should be, especially when it comes to children.

“Those teen body image issues have to be dealt with offline in our culture, through our churches and communities and families and schools,” he said. “Those aren’t issues that I want to delegate Facebook responsibility for managing. That would make them even more socially powerful than they already are.”

Even if Facebook continues to operate as its pleases, Ramaswamy would like to see more restrictions on what children can and can’t access on social media.

“If you can’t smoke an addictive cigarette till you’re 18, maybe you shouldn’t be able to use an addictive social media site either,” he said.

Wheeler agrees that the solution likely won’t be the end of social media as we know it. “Nobody is talking about putting a time bomb under Facebook and blowing it up,” he said. “We’re just talking about the way Facebook operates.”

If the government imposes strict regulations, it’ll have an impact on the company’s profits, “but it won’t stop your ability to communicate with your old high school friends,” Wheeler added.

Or maybe it will. Time will tell if Facebook is faced with genuine consequences that affect how the world communicates.

The most important question of Facebook’s very bad week may not be whether the company has been lying to users or whether they’re willing to change, but whether a world without Facebook is even possible.

“We lost it for six hours the other day,” Wheeler said, “and the sun still came up.”

Expanding school choice with vouchers could save NY money