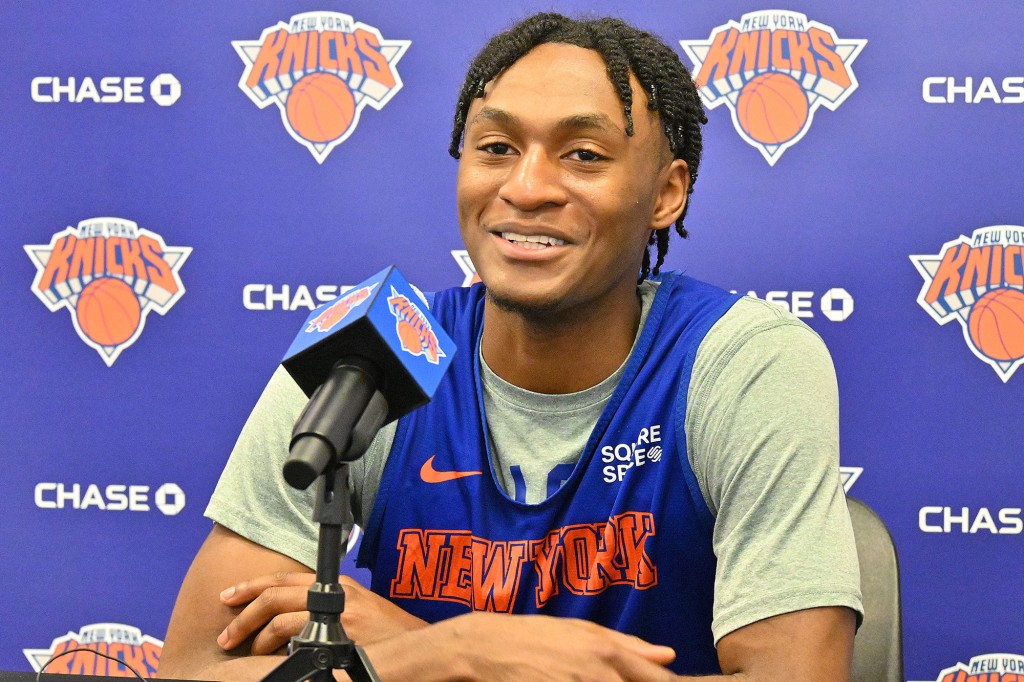 The day after the Hawks ended the Knicks’ season, Quickley was at the MSG Training Center in Tarrytown working on his game. He spent almost every day there during the summer. He requested to play in the NBA Summer League.

“I love the guy,” Thibodeau said. “There’s no one who spends more time here than him. … He just loves the game so much. There’s really not a lot of other things that he does.”

Quickley’s strong rookie season — he averaged 11.4 points and two assists while shooting 38.9 percent from 3-point range — only made him want to experience more of it. To him, the only way for that to happen was to work like he did as a rookie. That has continued during training camp, with the 6-foot-3 Quickley routinely coming to the Knicks’ facility to get in work at night.

“I think that’s just a little bit of who I am,” he said. “I learned from a couple guys that were ahead of me in high school, that you have to work hard to be the best.

“That’s the formula for me that’s always worked, and I’m going to continue to use that.”

Julius Randle (personal reasons) missed practice Friday and won’t play in Saturday’s preseason game against the Wizards. Asked if it had to do with Randle’s wife, Kendra, going into labor with their second child, Thibodeau smiled and said, “It’s for a good reason.”

“We have good quality depth, and I want to get a look at some of these guys,” Thibodeau said.

On Friday, the Knicks signed guard Tyler Hall, who played for them in the summer league and was part of the G-League team the previous two seasons. The 24-year-old Hall has averaged 9.5 points, 3.6 rebounds and two assists while shooting 41.1 percent from 3-point range over 53 G-League games. A spot opened up after the Knicks waived Luca Vildoza last weekend.