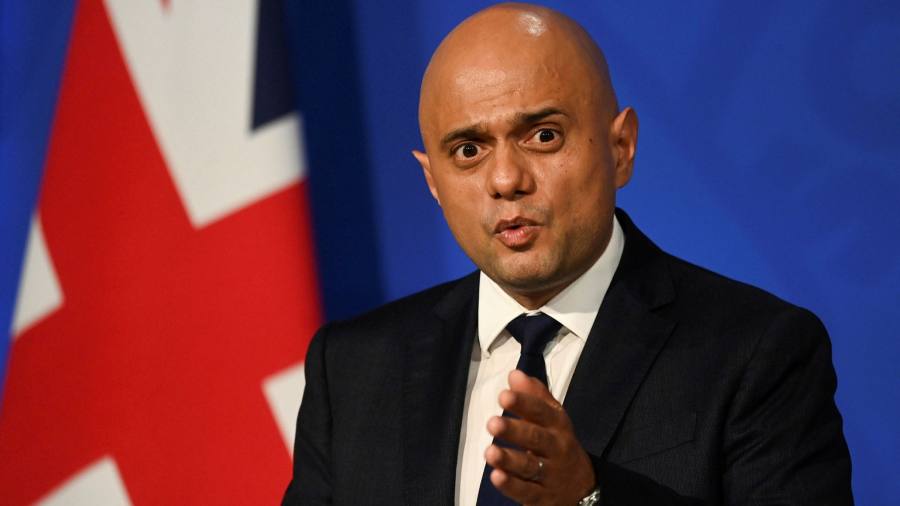 Javid warns that Covid cases could hit 100,000 a day in England

Sajid Javid, UK health secretary, warned that England was facing its last chance to avoid a return of coronavirus restrictions this winter as he urged people to take booster jabs and exercise greater caution.

In a sharp change of tone from the government at the first Downing Street pandemic press conference in five weeks, Javid warned that current case rates could double to 100,000 a day.

But he refused to bow to pressure to activate the government’s “Plan B”, a fallback series of measures that would see the return of mandatory face masks and advice to work from home, alongside vaccine passports. “We are not at that point yet,” he said.

Health leaders called on the government to immediately activate “Plan B” to avert a winter crisis in the NHS. Matthew Taylor, chief executive of the NHS Confederation which represents healthcare organisations, said: “The message from health leaders is clear — it is better to act now, rather than regret it later.”

His comments echoed those of Sir Patrick Vallance, chief scientific adviser, who last month urged the government to “go hard and go early” if cases started to surge.

Whitehall insiders said that the government was unlikely to consider activating Plan B before mid-November, by which point the COP26 climate conference in Glasgow will have concluded.

Officials hope that by then, booster doses and school half-term break will have begun to suppress infection rates. Boris Johnson, UK prime minister, is desperate to avoid ending what Javid described as “freedoms” from Covid restrictions.

Javid said that in the meantime there were “many things we can all do, like wearing face coverings in crowded or close spaces”, although most Tory MPs did not do so on Wednesday in a packed House of Commons.

Javid warned that the health service was still engaged in “a race between the vaccine and virus” and “with winter ahead we can’t blow it now”. He said the booster programme was critical to avoid reimposing restrictions. “We’ve got the jabs, we just need the arms to put them in . . . not just to save lives but to keep your freedoms too.”

About 4m people have received a booster shot in England, leaving 1.5m eligible individuals who are yet to take up the offer. A further 2m people will be contacted by the NHS this week to come forward for a third dose.

Stephen Powis, medical director of NHS England, said there was no single metric that would decide if measures would return, but pressure would be assessed across the whole health service. “It undoubtedly feels exceptionally busy in the NHS,” he said.

The UK’s pandemic response is an exception among its western European neighbours, where more Covid restrictions are in place, and cases and deaths are at a lower level. The UK’s daily caseload per 100,000 people is nearly five times higher than in Germany and its death rate is about 2.5 times higher.

One senior Whitehall official said that ministers wanted individuals to focus on “boosters and behaviour” before considering Plan B measures. “We can still turn this thing around before bringing back more measures.”

There has been no Downing Street Covid press conference since September 14, but the official suggested that it was the public who had become complacent: “People seem to have forgotten we’re in a pandemic and we need to remind them,” he said.

“We are already in a position where we are acting too late on reintroducing measures . . . it’s just damage limitation now,” he said. “We have to ask ourselves, given our excellence in public health and science, why we are doing so much worse than the rest of the world. The common denominator is that they are still wearing masks indoors and taking precautions.”

Javid said that the UK had secured major orders of two promising Covid-19 antiviral pills, which he argued would “strengthen our defences” against coronavirus over winter.

The government’s Antivirals Taskforce struck a deal for 480,000 courses of MSD’s molnupiravir antiviral pill, which has been proven to halve hospitalisation and death risk from mild Covid infection. The order is the second-largest of its kind worldwide, behind only the US which has signed a deal for 1.7m courses.

A deal was also agreed with Pfizer for 250,000 courses of its antiviral treatment, known as PF-07321332, which would be administered in combination with a low dose of ritonavir, a retroviral drug. Both antivirals are yet to be approved by the UK’s Medicines and Healthcare Products Regulatory Agency, though the approval of molnupiravir expected as early as mid-November.

Health officials are yet to decide how the treatments will be deployed, but it is expected that they will be distributed through primary care and pharmacies to elderly and vulnerable people, particularly to patients in care homes. 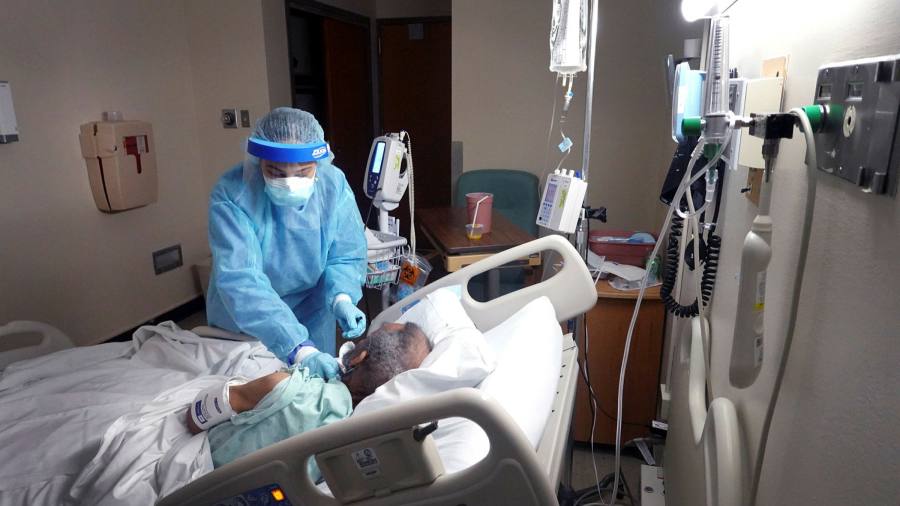