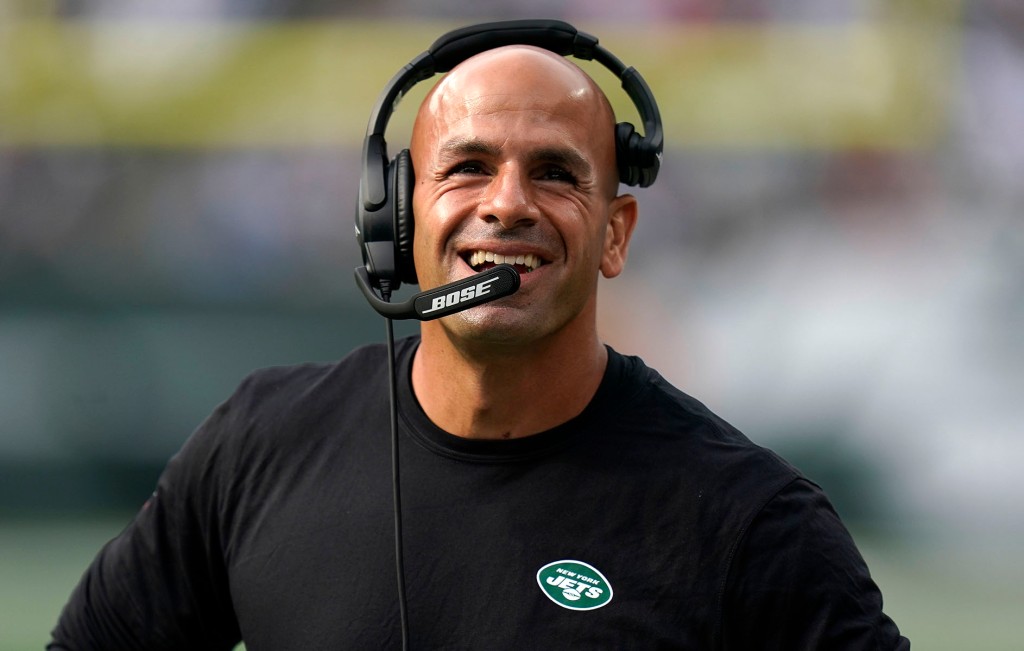 FOXBOROUGH, Mass. — Robert Saleh has won the opening coin toss three times in his first year as head coach of the Jets, and he has chosen to defer each time.

But with his offense struggling to get started, would he consider electing to receive to open the game to possibly jump-start the offense?

“We talk about it, it comes down to just overall philosophy and what you’re trying to get done right before,” Saleh said. “I don’t want to get too much into detail about it, but I mean, it’s not a secret, but being able to lap a team at halftime is one of the greatest things you can do. You can be down two scores, score right before the half, get the ball [to start the second half], score again and now you’re right back in it, so you’re setting yourself up.”

Bill Belichick and the Patriots made this practice famous with Tom Brady through the years. Now, it has become rare for coaches to do anything but defer, hoping they can pull off the double score.

It has yet to work for the Jets this year, although they came close two weeks ago against the Falcons. They kicked a field goal with 2:18 left in the first half and scored on the first drive of the second half. Atlanta scored a field goal just before halftime, though.

In 2019, when Saleh was with the 49ers, they pulled off the double score twice and made a living out of scoring around the half. They scored at the end of the first half seven times and to open the third quarter six times (including the Super Bowl).

Saleh does not sound as if he’ll be taking the ball if he wins the coin toss Sunday in New England.

“Ideally, we start well on defense, get a quick three-and-out, the ball gets to our offense immediately,” Saleh said. “That would be a perfect situation, and so when it works out the way it’s supposed to, you can blow a team out by the time you get into the middle of the third quarter because of your ability to lap people. It is a valid question, something that we’ll bring up, but at the same time, it’s such an advantage when you need to defer in our mind, with regard to finishing with the ball at the half and then starting with it to start the second half, you can do a lot of damage.”

LB Noah Dawkins was elevated from the practice squad Saturday, another move that suggests C.J. Mosley likely won’t play against the Pats.