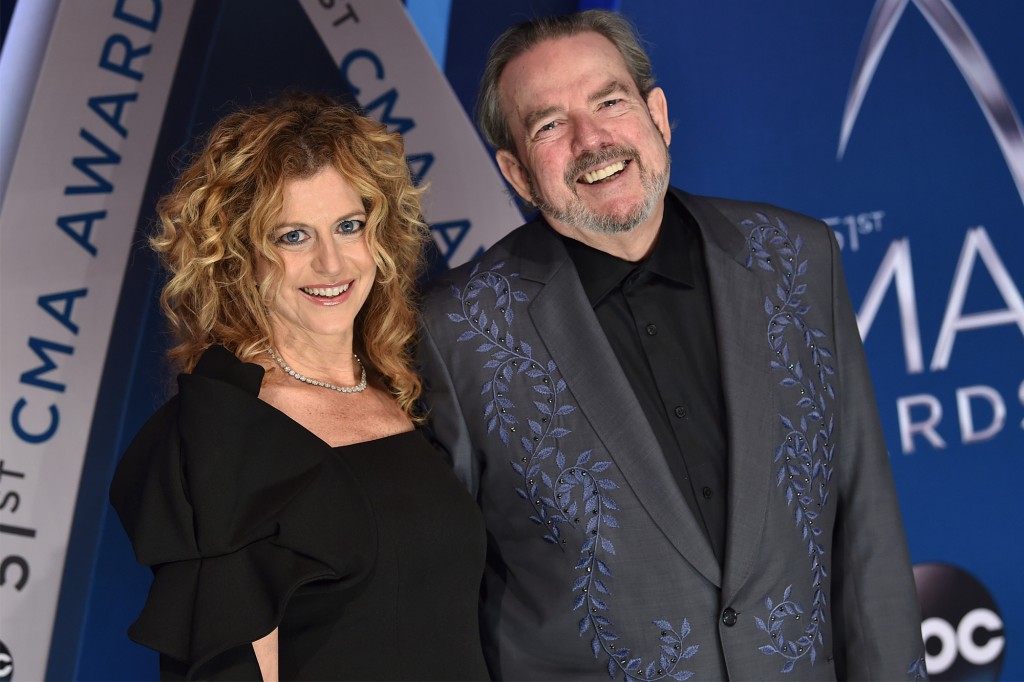 Begun 1996, the divorce and battle over cash of Grammy winner Jimmy Webb — “By the Time I Get to Phoenix,” “Wichita Lineman” — age 75, father of six, wed 22 years to Patsy, 64, daughter of late actor Barry Sullivan, is getting longer. His 2017 autobio omitted her, back when her utilities were stopped, house foreclosed, van repossessed, and, having only monthly alimony and child support, must rep herself.

Patsy believes these swipes could have come from his manager and new wife Laura Savini, 57, who is now beneficiary of Webb’s estate.

Dressing up for Halloween? Shove it. One female’s undressing. Not getting trussed up with ghouls and ghosts in scary skeletal costumes is Maine Anders. She takes stuff off.

“I’m from Atlanta. I studied anthropology at Georgia State.”

A book learner type is now a stripper?

“An Atlanta friend took me to a restaurant. We worked at the bar and doubled as belly-dancers. I had a dream. Also a grant. I wanted to dance. So I got myself to Brooklyn, $3 in my pocket, answered a Village Voice ad and got hired as a go-go dancer. Then, when one drag queen didn’t come to work at the Limelight club I took over with the name Victor Victoria. I didn’t get into burlesque. Burlesque got into me.

“My mother was so mad. She said, ‘My child is not taking our car into New York.’ I said, ‘It’s OK. They have a subway system.’ And she’s since seen me working at the MGM Grand in Vegas. And Nov. 3 we can now see me hosting Abingdon Theatre Co.’s Broadway on the Bowery at Duane Park in Tribeca.

“At least I don’t have to take my clothes off for this job. Look, I half love what I’m doing, half not. Half I hate it. But every time I try to leave for something else, I can’t. I’ve worked with James Brown, Lionel Richie. I’ve done it all.

“Look, I’m a black entertainer. My mom’s a German Jew, my grandma’s half white. But me and everyone else from those I know and grew up with from Georgia, each of them has a big ass, so I guess that if I also have that then flashing my big ass is what I’m probably meant to do in life.”

Sitting at the end of the bar alongside a giant plant so it’s hard to see him, CNN’s Fareed Zakaria and a friend eating Hunan and in deep conversation at Midtown’s Blue Willow . . . And Bianca Marroquin, who once played Roxie Hart in “Chicago” and is now this week’s Velma Kelly in “Chicago,” did a late-night cocktail party at Bocca di Bacco . . . And West 56th just added the very new upscale Italian restaurant Beppe. The name is something somehow after someone somebody cares about named Giuseppe.

Keith Raniere was sentenced to life for operating the sex cult Nxivm. Its former leader Clare Bronfman is doing time in a Philadelphia federal facility. Sentenced to 81 months. Where she is being held was just overrun. The mess? A bathroom facility. The word to describe its outflow cannot be used here. Inmates allegedly use toilet tissue for notes and assorted whatever and it has infiltrated the system. It’s ended up through the tubes, exploded pipes and the floors, halls and dining area have seen the results.

Why elephants have trunks? They lack glove compartments. Why live in the jungle? It’s out of the high-rent district. Not go to college? Few finish high school. Why not allowed on beaches? Because they can’t keep their trunks up.