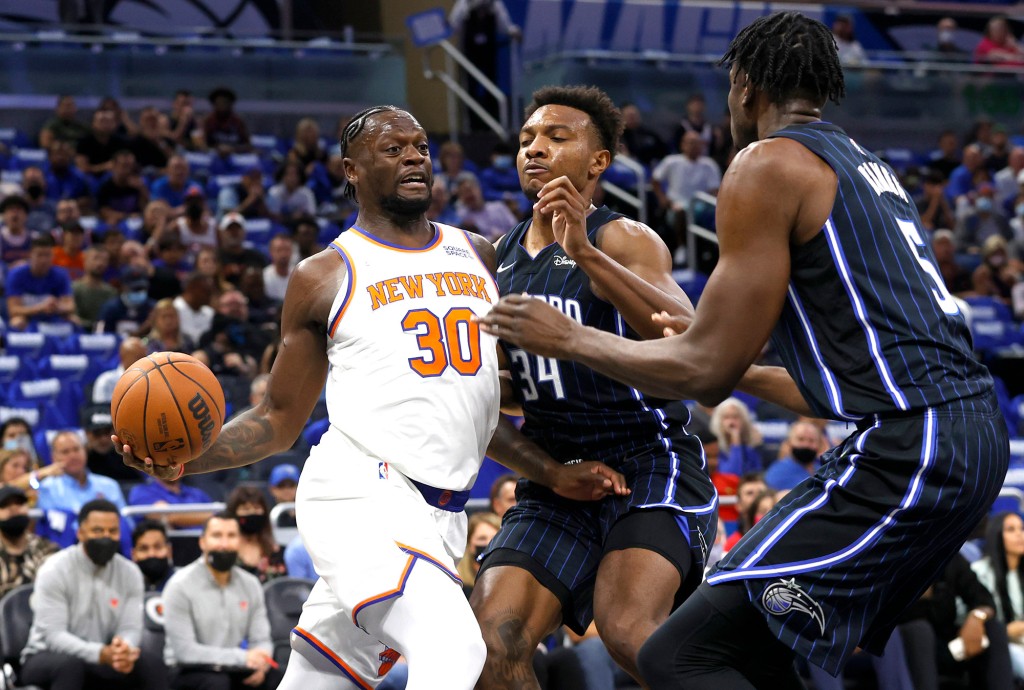 ORLANDO, Fla. — It felt like the Knicks staged another home opener Friday.

This one went a lot easier than Wednesday’s double-overtime dogfight with the Celtics, as the Knicks cruised to a 20-point lead after one quarter, led by 31 midway through the second and delighted the large contingent of fans in Knicks jerseys with a 121-96 bludgeoning of the woeful Magic at Amway Center.

The Knicks completely ruined Orlando’s home opener. The NBA did the Magic no favors putting the Knicks in this building for their first home game. The fans chanted “Let’s Go Knicks” in the first half, serenaded their 2020 lottery pick, Obi Toppin, with “O-bi’’ chants and gave Derrick Rose the arena’s loudest ovation when he checked into the game.

Friday was as much for the Knicks as someone’s first time at Disney’s nearby Magic Kingdom. Meanwhile, the Magic, who may vie for the NBA’s worst record as they embark on another massive rebuilding, have to visit the Garden on Sunday.

Before the game, Fournier, the Knicks’ new shooting guard, talked about “hating’’ when he faced them while playing for the Magic because of the large contingent of New York fans. Fournier then scored 15 of his 18 points in the first half.

The Knicks’ revamped offense was humming, and 18 of their first 13 field goals were off assists. The spree started early with Walker, who historically has played well in Orlando, drilling his first three 3-pointerrs.

Everything seemed to click, though, as Fournier got hot in his old stomping grounds, draining 3 of 6 from 3-point range in the first half.

When RJ Barrett, who played at Montverde Academy near Orlando, took a rebound and went coast to coast for a layup, the Knicks got up 31-16. Barrett still lives in Orlando in the offseason.

The lead swelled to 36-16 after one quarter as the Knicks did that damage without the high-flying Toppin. The Knicks got their fastbreak going again with Toppin, who scored on one lovely play in which he made a tough catch underneath like a wide receiver and flicked in the layup despite the ball being partially blocked.

Magic point guard Cole Anthony, who grew up in Manhattan, started in the backcourt and didn’t shoot well (3-for-13), but had six assists.