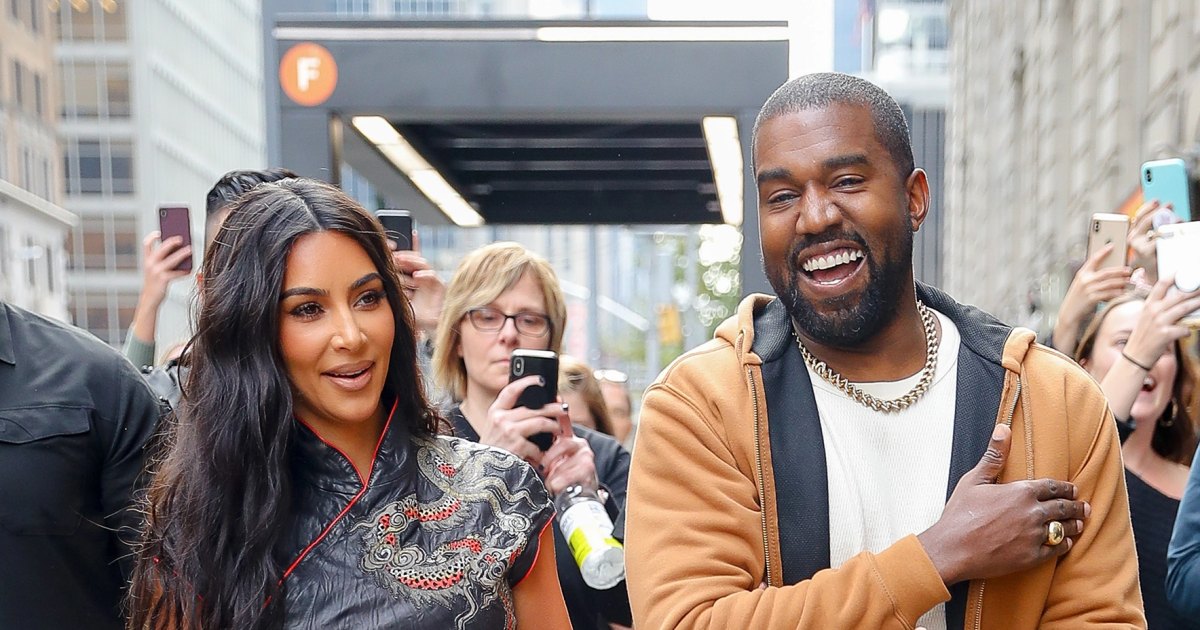 Kanye West Spotted With Kim Kardashian Before Her ‘SNL’ Debut

Separated but supportive. Kanye West was spotted by Kim Kardashian‘s side ahead of her Saturday Night Live debut.

On Saturday, October 9, Kardashian, 40, walked out of her New York City hotel in a bright pink, full-length coat with matching gloves, which she paired with silver booties and a matching handbag. The Keeping Up With the Kardashians alum’s bright outfit didn’t distract onlookers from spotting her estranged husband, 44, behind her, as seen in photos obtained by E! News.

West walked behind Kardashian in an all-black outfit with his sweatshirt hood pulled over a baseball cap. They got into the same car as they left the hotel.

The KKW Beauty founder is getting lots of support from her family ahead of her SNL hosting gig. Kardashian’s mom, Kris Jenner, and sister Khloé Kardashian have also been spotted in the city as well.

The Yeezy designer’s support isn’t surprising to any of the fans keeping up with the couple, who have tried to avoid drama amid their divorce. Kim — who shares children North, 8, Saint, 5, Chicago, 3, and Psalm, 2 with West — appeared in a wedding dress as part of West’s August Donda album listening concert in Chicago. They’ve also been spotted grabbing casual dinners together.

West “is still styling Kim,” a source exclusively told Us Weekly earlier this month, adding, “They have a more of a friendship and working relationship as they coparent. They’re not back together.”

Kim used her married name in the Saturday Night Live promo. “Hi, I’m Kim Kardashian West and I’m hosting SNL this week with Halsey,” she said in one commercial for the NBC variety show.

The couple formerly known as Kimye started dating in 2012 and got married in May 2014. Reports of trouble in their marriage swirled during West’s 2020 presidential campaign with sources confirming to Us that a December 2020 fight meant the end was near. A source in January added that the pair “haven’t been on the same page for a while now.”

Kim filed for divorce in February 2021, and while they appear to be getting along well, she isn’t ready to reconcile romantically. “Kim has been hesitant to get back together with Kanye,” another source told Us exclusively in August. “Kim would love to bring their family back together. … They both have a lot of love for each other and have been through so much together.”

West, meanwhile, is hoping she changes her mind. “Kanye wants to get back with Kim,” a different insider told Us in September. “He sees the two of them together and wants to make that a reality now. He has been trying to get back in her good graces again.”

‘Psych’ Cast: Where Are They Now?

Stars Reveal What They Took From Movie, TV Sets

Derek Jeter Gets Makeover From His Daughters: Photo