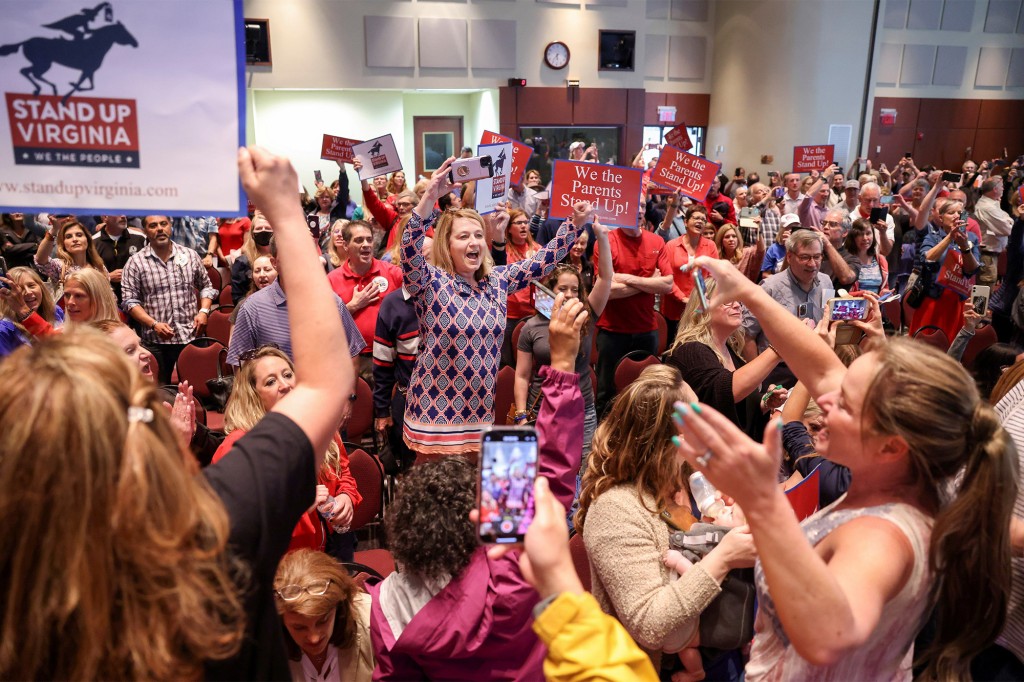 Left-wing protesters are justified, but angry moms are ‘domestic terrorists’

When is a protester “angry and justified” and when are they a “domestic terrorist”? It all depends on how far left they are.

This week, activists stalked Sen. Krysten Simena into a women’s restroom at Arizona State University, where the senator teaches a class. Angry that she won’t vote for the Democrat’s unprecedented $3.5 trillion reconciliation mega-bill, the protesters filmed her walking into a bathroom stall.

The same liberal commentators and politicians who were wringing their hands over “civility” in politics under Donald Trump suddenly had an array of justifications.

President Joe Biden said “it happens to everybody . . . it’s part of the process.”

CNN’s Ana Navaro and Kirsten Powers suggested Sinema deserved the harassment because of her political position. One New York magazine writer rationalized the provocation “[a]ggressive protest tactics” were merely “symptom” of a bigger larger problem: “When people are shut out of a supposedly democratic process, they have no choice but to agitate. The Senate is a broken institution, one that is hidebound by archaic rules like the filibuster.”

The notion that Sinema, who won her state by a larger margin than the president, is usurping democracy by bucking her party, is laughable. Sinema is suppose to represent Arizona, a moderate swing state, not the desires of socialists like Bernie Sanders and Alexandria Ocasio-Cortez. And imagine if GOP activist had followed a Democratic senator into a bathroom — the left would be calling for them to be arrested.

Which brings us to Attorney General Merrick Garland’s unconscionable directive to the FBI and U.S. Attorneys’ Offices to investigate parents who are protesting school boards over critical race theory and mask mandates. The National School Boards Association had asked for federal assistance for recent threats against educators, likening it to “domestic terrorism.”

If parents are threatening school board members with violence, then absolutely the police should be called. But it’s not a federal case. It doesn’t justify Garland announcing that the FBI would have “strategy sessions with law enforcement” and will announce new measures to respond.

By escalating this to a national “crisis,” the Biden administration is helping the teachers unions’ to intimidate parents that dare object to policies with which they disagree. Argue with a school board member at a meeting, as is your right, and you may get a visit from the feds. Usually the hypocrisy isn’t quite so frightening.

Harassing Sinema is just the passion of the voiceless. Getting angry at your school board, and your next stop is jail.