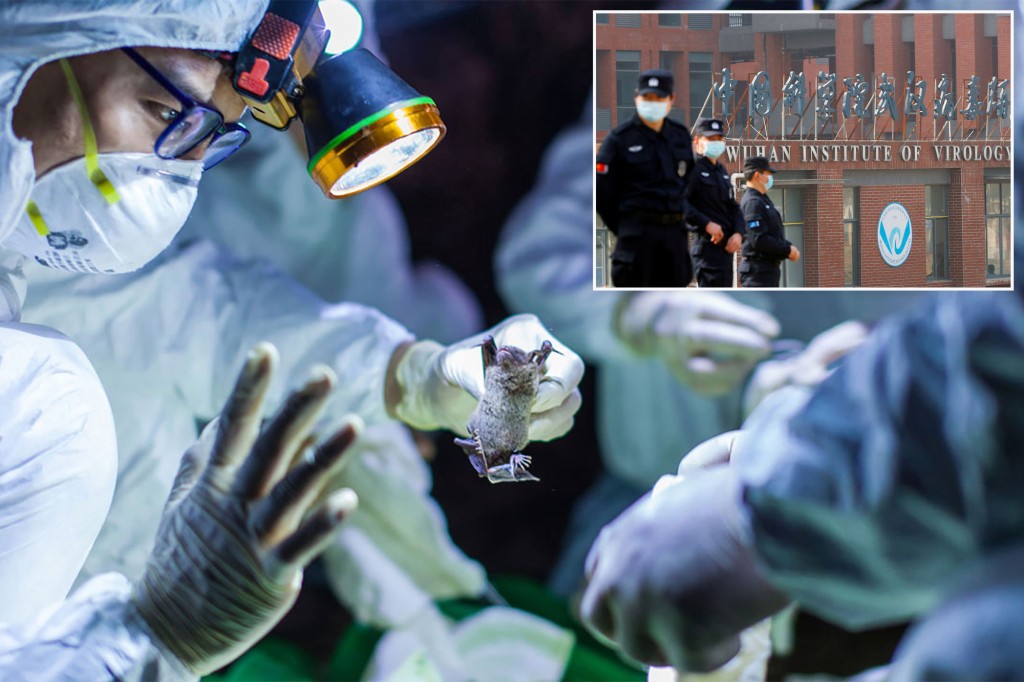 Letter confirms Wuhan lab leak was funded by US taxpayers

The origin of the SARS-CoV-2 virus that causes COVID-19 remains unclear, but recent revelations reinforce the likelihood that the true source was a lab leak from the Wuhan Institute of Virology.

A letter from Lawrence Tabak, the National Institutes of Health’s principal deputy director, to Rep. James Comer of Kentucky confirms that the NIH funded research at the WIV during 2018–2019 that manipulated a bat coronavirus called WIV1. Researchers at the institute grafted spike proteins from other coronaviruses onto WIV1 to see if the modified virus was capable of binding in a mouse that possessed the ACE2 receptors found in humans — the same receptor to which SARS-CoV-2 binds. The modified virus reproduced more rapidly and made infected humanized mice sicker than the unmodified virus.

Starting in 2014, the NIH’s National Institute of Allergy and Infectious Diseases, headed by Anthony Fauci, funded the New York-based research nonprofit EcoHealth Alliance with annual grants through 2020 for “Understanding the Risk of Bat Coronavirus Emergence.”

Total funding was $3,748,715. More than $600,000 of that went to the Wuhan lab. Three other Chinese institutions received funding, as well. The principal investigator was EcoHealth Alliance President Peter Daszak, who, from the onset of the pandemic, has consistently campaigned in public and behind the scenes to convince people that SARS-CoV-2 did not come from the WIV but evolved naturally from animal-to-human transmission.

Tabak’s letter asserts that the modified virus’ becoming more virulent “was an unexpected result” and not “something that the researchers set out to do” — an odd claim, considering that the whole point of manipulating the virus was to investigate things that could make it more virulent.

The 2018 research mentioned in Tabak’s letter is similar to earlier WIV research, funded in part by the NIH, that modified viruses related to SARS to see if they could infect human cells.

Many, but not all, virologists believe that the WIV experimentation qualifies as gain-of-function research.

Such research was originally defined as “any modification of a biological agent that confers new or enhanced activity.”

The National Science Advisory Board for Biosecurity proposed that only a narrower category, gain-of-function research of concern — research that could make a pathogen likely to spread and cause disease in humans — needs extra regulatory oversight.

Following laboratory biosafety incidents at government research facilities, the US paused funding on gain-of-function research with influenza and the SARS and MERS coronaviruses in 2014 to determine additional oversight. Researchers conducted the 2017 and 2016 studies discussed in the Senate while this pause was in effect.

In 2017, officials lifted the moratorium and replaced it with oversight guidelines for research using potential pandemic pathogens (PPP) — pathogens likely to be highly transmissible, capable of uncontrollable spread and able to cause significant morbidity or mortality in humans. A PPP resulting from the enhancement of the transmissibility or virulence of a pathogen is called an enhanced PPP (ePPP).

Tabak does not address whether the 2018 WIV experiments he cited in his letter were gain-of-function research. Instead, he maintains that NIH did not consider the WIV experiments so dangerous as to require special review and biosafety measures under the ePPP regulations adopted in 2017 “because these bat coronaviruses had not been shown to infect humans.”

But this is an unconvincing technicality. Other bat coronaviruses had already caused two deadly diseases, SARS and MERS, and other coronaviruses regularly circulate and infect humans to cause the common cold. It isn’t a stretch to think that a different coronavirus could become dangerous, too — particularly if used in an experiment designed to manipulate a virus that humans have never encountered to see if it could acquire the ability to infect humans.

After explaining why NIH didn’t review the proposal under its guidelines, Tabak’s letter claims that EcoHealth violated the terms of its grant stipulating that it had to report if its research increased the viral growth of a pathogen by tenfold — terms that NIH inserted “out of an abundance of caution and as an added layer of oversight.”

But the letter never explains why this stipulation was necessary.

This blame-shifting is not only unseemly but also may be untrue: EcoHealth maintains that it reported the results in its April 2018, Year Four report.

The main point of the letter seems to be that any deficiencies in NIH’s grant-review and oversight processes didn’t make a difference.

Tabak repeatedly assures Rep. Comer that the viruses being studied “were genetically very distant from SARS-CoV-2,” so they “are not and could not have become SARS-CoV-2.”

Whether this particular virus evolved into SARS-CoV-2 is beside the point: The WIV was engaged in this type of research, with US government support, and this makes it more, not less, likely that the COVID-19 pandemic is a manmade catastrophe.

Another WIV project, other than the specific one in the Tabak letter, could have created SARS-CoV-2.

Despite early attempts by the scientific community, with the aid of a credulous and politically motivated media, to downplay this possibility, the accumulating evidence suggests that the pandemic was more likely the result of laboratory creation and accidental release of SARS-CoV-2 than a product of natural viral evolution.

The first reported cases of COVID-19 occurred in Wuhan, China, the site of the WIV. In addition, both US intelligence sources and the State Department reported that several WIV researchers became ill and were hospitalized with COVID-19-like symptoms months prior to the Chinese government’s announcement of the first cases.

In previous animal-to-human viral transmissions, such as the 2003 SARS outbreak in China, researchers ascertained intermediate animal hosts and serologic signs of infections in animal traders within months of the outbreaks. Despite intensive efforts over the past two years, no one has found a bat-source population, SARS-CoV-2 circulating in an intermediate species that functioned as a viral conduit between bats and humans, or evidence that SARS-CoV-2 was present anywhere else before it emerged in Wuhan.

Consider, too, the unique furin cleavage site between the S1 and S2 subunits of the SARS-CoV-2 spike protein. Furin is an enzyme expressed by human cells that separates the spike protein subunits at the cleavage site, enabling the virus to bind more efficiently to human cells and release its genetic material into them. It is an important reason that SARS-CoV-2 is so easily transmissible.

It’s particularly concerning that in 2018 the EcoHealth Alliance reportedly submitted a proposal to the Defense Advanced Research Projects Agency (DARPA) to partner with the WIV in constructing SARS-related bat coronaviruses by inserting such cleavage sites into their spike proteins. DARPA rejected the proposal because it failed to address the risks of gain-of-function research. EcoHealth’s president, Daszak, did not dispute details of the reporting.

In other words: There are many indications that SARS-CoV-2 could have been created in a lab, specifically the Wuhan lab, which was conducting gain-of-function-type research with coronaviruses, some of it funded by the NIH.

While the particular experiments revealed in Tabak’s letter may not have created SARS-CoV-2, other research at the WIV, including research that EcoHealth sought to fund with US grants, could have done so.

It’s doubtful that we will ever discover the true origin of the SARS-CoV-2 virus, since the Chinese will never cooperate with a full and open investigation. It doesn’t help that, until recently, our own NIH stonewalled on questions about its funding of WIV research.

Considering the release of the recent NIH letter and the revelations about EcoHealth Alliance, it remains entirely possible that US taxpayers funded a project at the Wuhan lab that may have led to the COVID-19 pandemic.

Joel Zinberg, M.D., J.D., is a senior fellow at the Competitive Enterprise Institute and an associate clinical professor of surgery at the Icahn School of Medicine at Mount Sinai in Manhattan. Adapted with permission from City Journal. 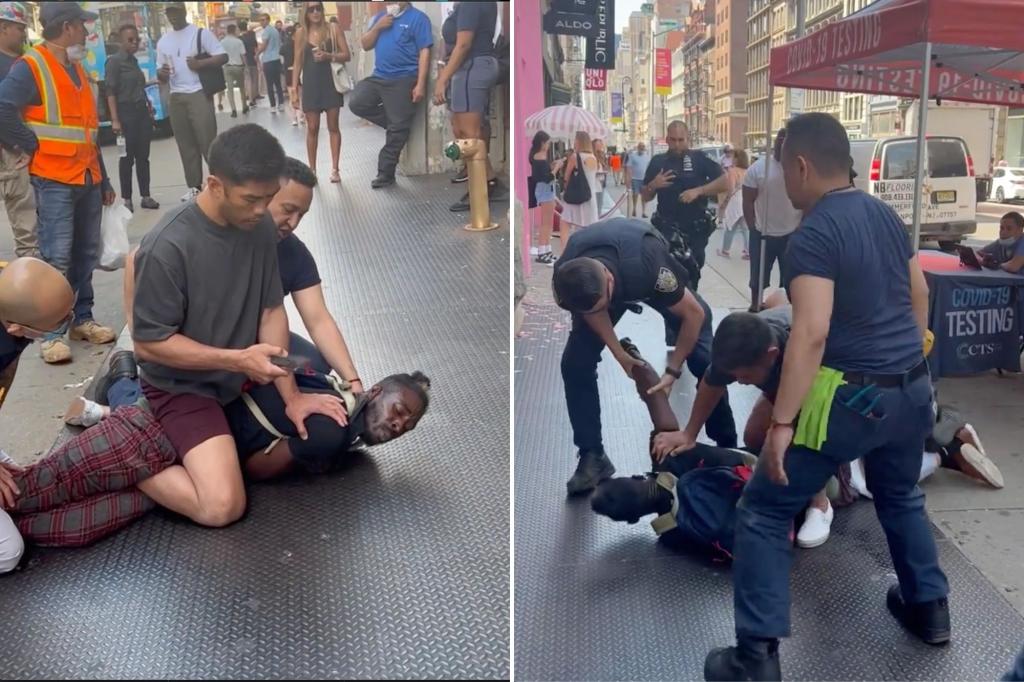 Progressives want us to give up on New York. NYC is fighting back 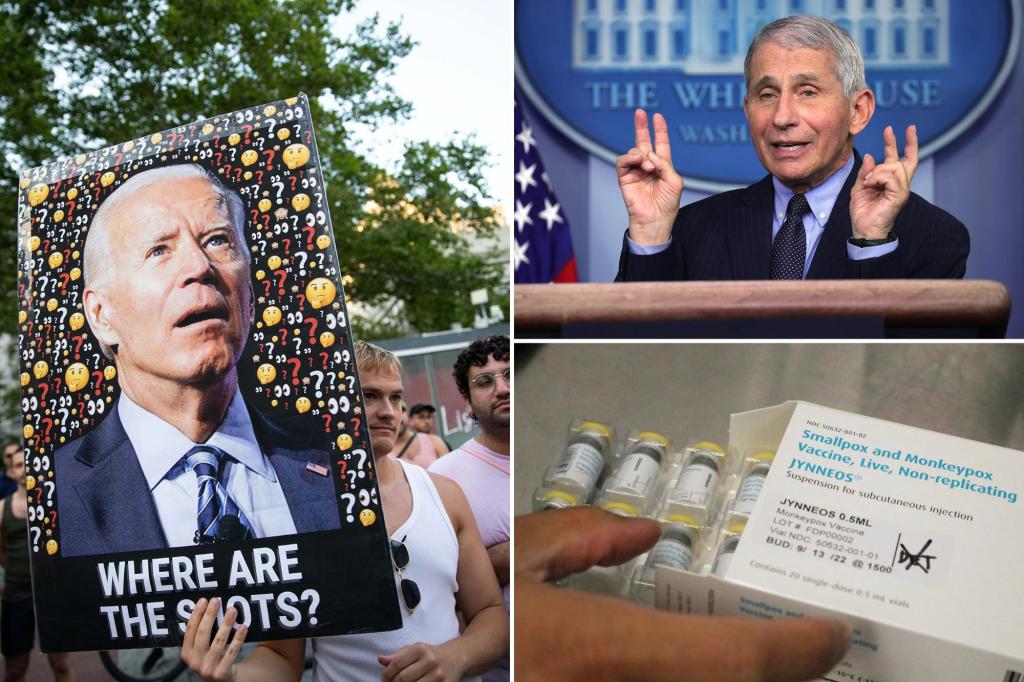 Fauci messing up monkeypox just like COVID, Ebola and AIDS 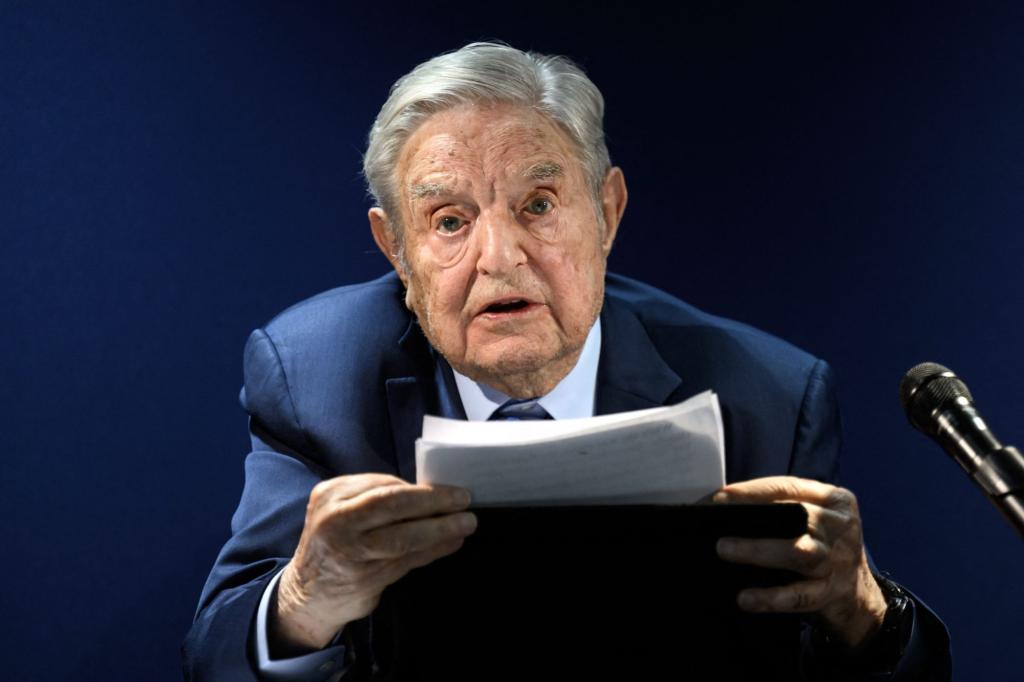 Joe Harris is back to his best after his, Nets early struggles