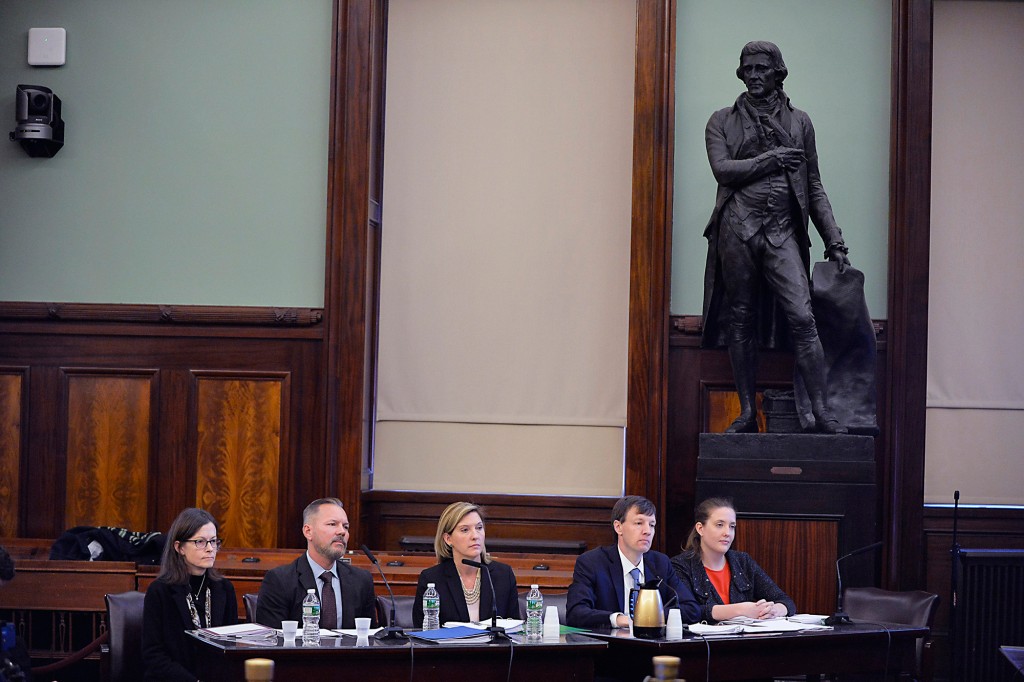 The Issue: A plan by a city commission to remove an 1833 statue of Thomas Jefferson from City Hall.

But I do not worship at their altars because I do not consider them saints.

An argument can be made that Mayor de Blasio’s poor performance as mayor has created suffering, pain and confusion for New Yorkers. But that will not stop his official portrait from being added to the walls of City Hall — and it shouldn’t.

I am not a person of color. I can’t put myself in someone else’s shoes and experience what emotions they would feel when confronted with a monument or statue honoring a person that committed crimes against humanity: the decimation of indigenous people and slavery.

I am second-generation Italian-American. My maternal grandfather was issued a domestic passport that he had to carry whenever he left the house to prove his status.

The penalty was placement in an internment camp. It wasn’t just the Japanese who faced relocation.

But I do take issue with the removal of statues, monuments and renaming schools and buildings. As a nation, our hands are not clean. How are we, as a people, ever to learn if not from studying and correcting the past?

As I read the news story, I wasn’t shocked to hear of the possible removal of Thomas Jefferson from where he has resided for 187 years.

Can any of our historical heroes survive this assault on our history? Can anyone from previous times pass the litmus test of 21st-century purists who believe they know best? And we should follow their lead?

I’m actually glad the statue of Thomas Jefferson might be removed from City Hall.

It deserves a place of honor, not this crap-hole de Blasio and other socialist losers have turned the city into.

The Issue: The sentencing of Luchiano Lewis, who was found guilty of the 2019 killing of Tessa Majors.

What that really means is that with “good behavior,” he’ll walk free in three to four years.

The same bleeding-heart progressives behind the no-bail laws wrote the leniently asinine sentencing guidelines for 16-year-olds.

Nicole Gelinas, in her Sept. 27 column (“Lies That Kill”), had it right. This was no “botched robbery gone wrong.”

This was a robbery with an intent to kill Majors if she had the temerity to try to save her own life. Lewis deserves at least 25-30 years. Otherwise, the message is: “Life is cheap in New York. Murder at will.”

After reading the comments of Luchiano Lewis, I see an individual who shows absolutely no remorse.

I feel embarrassment and shame if I even unintentionally cut in front of a line at the grocery store. I turn around to the person, look them in the eye and say “I’m sorry.”