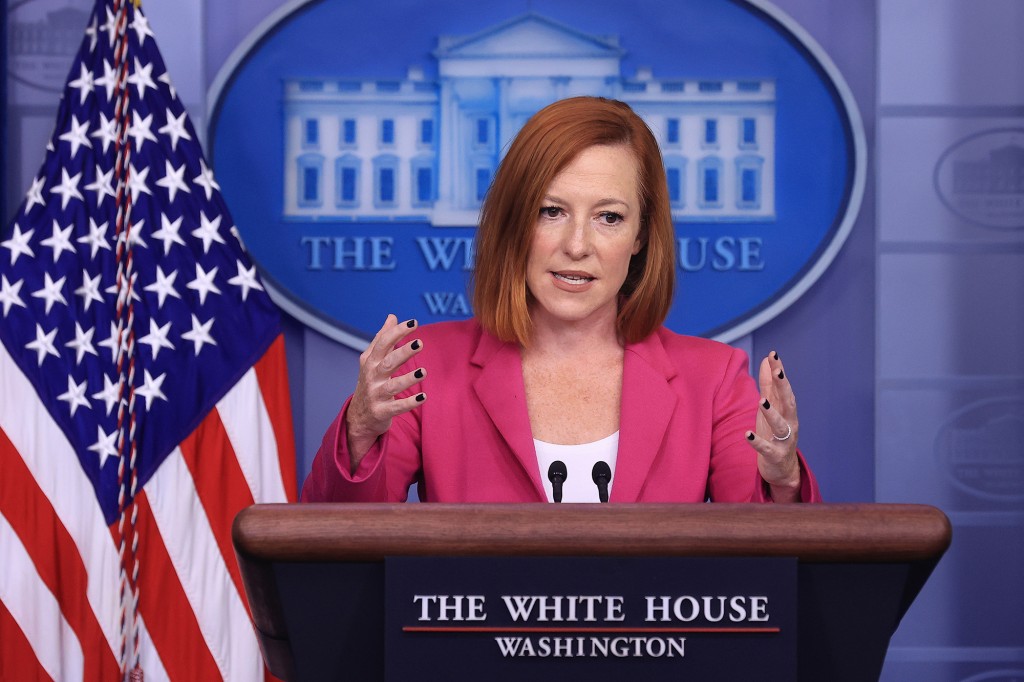 The Issue: WH Press Secretary Jen Psaki’s joking responses to questions about the disperal of migrants.

The Post has it right in calling out White House Press Secretary Jen Psaki on her all-too-many sarcastic, trite responses to serious questions (“Laughing off US crises,” Oct. 20). Her actions ­border on childish.

She also has a “poker tell” — when she is lying or avoiding an answer as best she can, she stammers and when answering she sounds ignorant and overwhelmed.

It was reported that planeloads of migrant children are being flown secretly into cities around the country at night.

They begin in Texas along the border, which has overwhelmed border security agents who are deluged with illegal migrants. During July and August alone, 37,805 unaccompanied minors were caught entering the United States.

They are being flown to Westchester and Long Island.

President Biden is burdening cities around the country with populations they cannot accommodate. Since Biden thinks that’s such a good idea, how about planes transporting kids to his hometown?

There is a famous saying that goes, “Don’t p-ss down my back and tell me it’s raining.” It’s a fancy way of saying, “Don’t lie to me.”

Unfortunately, Psaki has been doing just that with her comments related to inflation, illegal immigrants and the supply crises.

I have one question for Biden: How many unaccompanied kids have you placed in Delaware?

When questioned on about flights in the middle of the night, Psaki just makes jokes about the situation.

What gets me really annoyed is that the mainstream media never follows up on the important decisions this administration makes. One would think they could not care less about America.

With her snarky, condescending attitude, Psaki is the perfect spokes–person for the Biden White House, and the perfect symbol for a party that claims to speak for “the little guy,” but cares only about serving its big donors and activist base.

Kudos to Miranda Devine for her excellent reporting on the secret flights dumping illegal immigrants under cover of darkness (“Migrants Shuttled Into NY On Air Biden,” Oct. 19).

It is shocking to imagine that the United States would engage in this kind of surreptitious activity.

A one-party government capable of such activity would stop at nothing to achieve its aims.

We have been hearing about the migrants coming into our country, even with a pandemic that’s out of control.

From the president on down, do any of these politicians really care about the “average American”?

They can’t even take care of our own citizens — too many of whom are still not vaccinated — so how can we take care of people who have no health care, nowhere to live and no means of support? Who will pay for them?

We hear about America being a country of immigrants, and no one disagrees with that. But there is a better time for this — not during the COVID crisis.

Hey, Joe: How about taking your “fair share” of migrants back to Delaware? Drop off some in Psaki’s school district, too.

The best way to end bad policy is to hold Democrats to the same rules as the rest of us.

It comes as no surprise that the Biden administration is quietly slipping immigrant kids into our society. The numbers will never stop.

Word will get back to the countries they come from. The borders are still open, so many more will come.