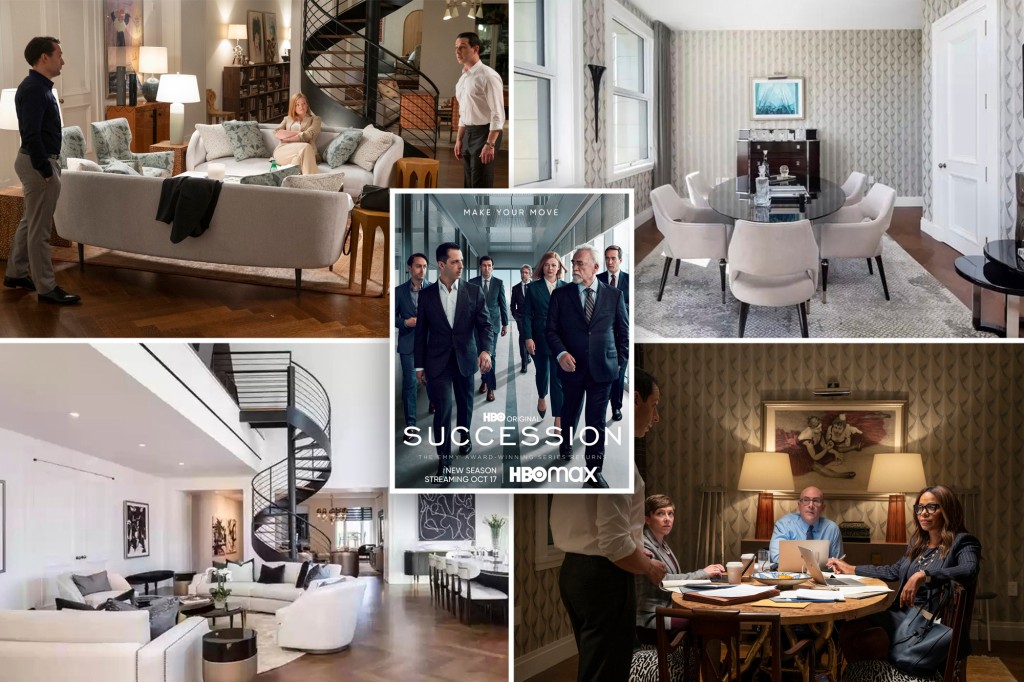 Manhattan condo featured in ‘Succession’ on market for $23.3M

A luxury New York City condo featured in the latest season of critically acclaimed HBO series “Succession” is on the market for a whopping $23.3 million.

Chronicling a wealthy family with a media empire and all the drama that comes with it, the show features a five-bedroom, six-bathroom apartment that serves as the residence of Kendall Roy’s (played by Jeremy Strong) ex-wife.

In the beginning episodes of Season 3, fans see Strong’s character use the home as a war room to plot against his father, Logan Roy (Brian Cox).

In some of the scenes, Kendall is meeting up with his lawyers, his new girlfriend and fan-fave cousin Greg (portrayed by Nicholas Braun) to discuss the plans in the apartment.

Located in Manhattan’s Woolworth Tower Residences in the Tribeca neighborhood, the residence spans over 6,700 square feet, according to Realtor.com.

With six skylights, up to 22-foot ceilings and a duplex terrace totaling 2,770 square feet, there is lots of room for the Roy family to plot.

Features of the home include a professional kitchen with a wine fridge and a primary suite with private access to the terrace. The primary bathroom boasts a steam shower, a freestanding Porcelanosa soaking tub, a dual vanity and heated floors.

Amenities of the building include white-glove service, private access to the Gilbert Lounge, a pool, a fitness studio, a wine cellar and tasting room, plus private parking access.

It was initially listed last October for $29.85 million.