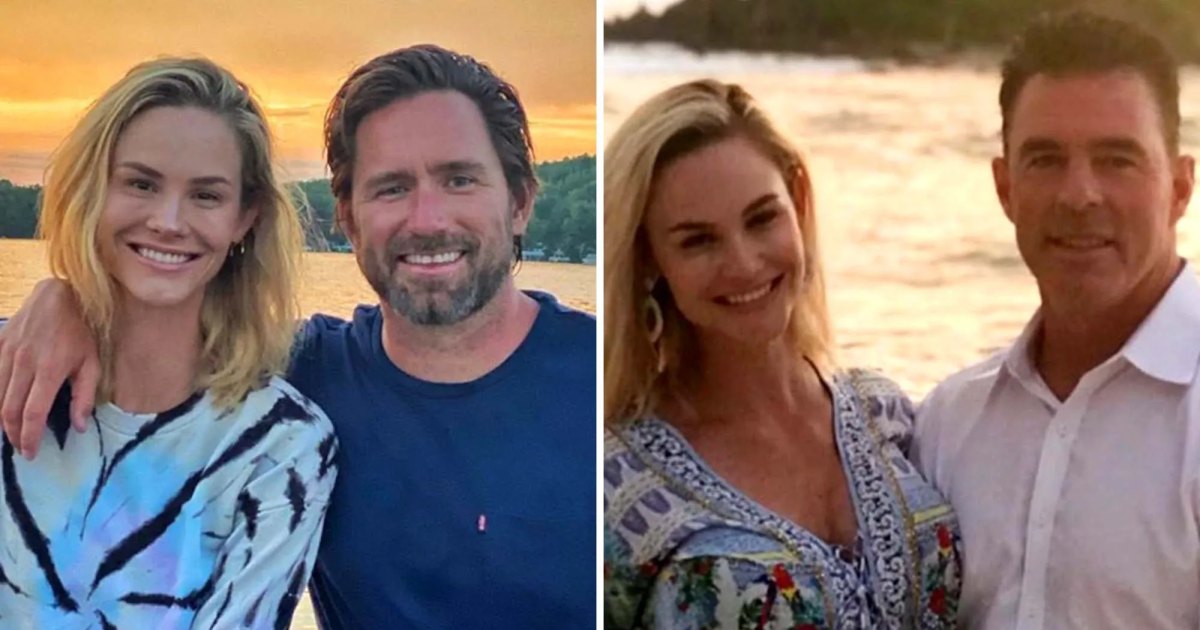 Searching for The One. Meghan King has never been shy about her love life — especially after she split from Jim Edmonds in October 2019.

Following the pair’s separation, the former Real Housewives of Orange County star got real about both of her failed marriages, including why she ended things with first husband Brad McDill.

“I was too young. I didn’t even know myself,” King told the New York Post’s Page Six in July 2019 of her short-lived relationship with McDill, which ended in 2011. “I wanted to be like my parents’ perfect marriage. I just thought I was going to have the same love story, because why not? I’ve done everything else like my parents, so why wouldn’t it work out?”

The former reality star quickly found love again with Edmonds in 2013, after meeting one year prior. The twosome had a public romance during their five-year marriage and welcomed three children: daughter Aspen in 2016 and twin sons Hart and Hayes in 2018.

Their breakup was equally as newsworthy after King accused Edmonds of having an affair before they separated, which the former center fielder denied. The messy divorce, however, didn’t keep the “Intimate Knowledge” podcast cohost from searching for Mr. Right.

“I just want a partner, right? I just want somebody who’s supporting me and isn’t jealous or trying to suppress,” she said on her podcast in January 2020. “You know, somebody who grows with me — instead of, like, staying stagnant at a certain place. Like, to me that’s intimacy. I just need that partner next to me who’s gonna hold my hand.”

King exclusively told Us Weekly in January 2021 what it was like getting back into the dating game after a brief romance with Christian Schauf in 2020.

“It’s a little bleaker,” she jokingly said of the men in St. Louis, which is her hometown and current place of residence. “The men overall are not quite as interesting, in my opinion, but there’s definitely upsides. They are more, I would say, true to themselves, more family-oriented. There’s definitely pros and cons, which is all the reasons I love St. Louis and all the reasons I hate St. Louis, and vice-versa with L.A. I need to find that guy who’s the perfect mix of the St. Louis values with the L.A. attitude.”

Four months later, after finalizing her divorce from Edmonds, King told Us about her new outlook on finding a forever partner.

“Let’s be honest, like, to be in a rush might not be the smartest decision. I definitely just enjoy my time and I don’t feel like I have to do anything quote unquote by the book anymore,” she said in May 2021. “So, I feel really comfortable with who I am, where I stand and I don’t need, you know, paperwork to tell me who I love.”

Scroll down to see who King has dated over the years: