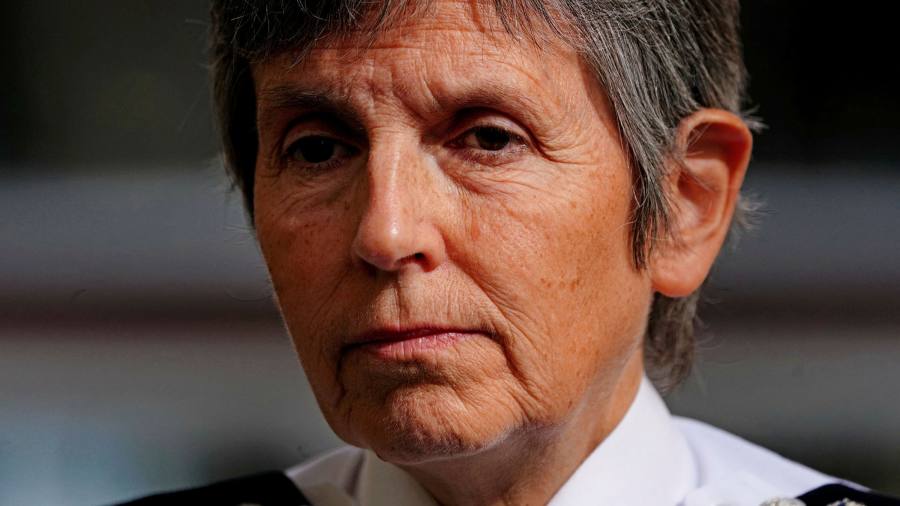 Metropolitan Police commissioner Dame Cressida Dick on Monday acknowledged the “grave level of public concern” about the UK’s biggest police force as she announced plans for a “wholesale review of culture and standards” aimed at rebuilding public trust.

The commissioner also announced an “in-depth, searching and rigorous review” of the force’s Parliamentary and Diplomatic Protection Command after David Carrick, an officer in the command, was charged with rape on Sunday. Wayne Couzens, the Met officer who was last week sentenced to life imprisonment for the kidnapping, rape and murder of Sarah Everard in March, worked for the same command.

However, Yvette Cooper, the Labour MP who chairs the Commons home affairs select committee, immediately criticised the plans as inadequate.

The charges against Carrick, by Hertfordshire Constabulary, have added to the questions about Dick’s leadership of the force and its culture. Those had already been heightened by revelations about shortcomings in Couzens’ vetting and his reported sharing of misogynistic material with other officers. Couzens used his police warrant card and handcuffs to conduct a fake arrest to kidnap Everard.

The force faced heavy criticism in March over its perceived heavy-handed policing of a vigil for Everard on Clapham Common, near where she was abducted. The force was also branded “institutionally corrupt” in June by the head of the independent inquiry into the killing in 1987 of Daniel Morgan, a private investigator with links to the police whose murder remains unsolved.

Harriet Harman, chair of parliament’s human rights committee, last week called on Dick to resign but she has retained the public backing of Sadiq Khan, London mayor, and Priti Patel, home secretary, to both of whom she answers. The Met said it was announcing the “significant package of measures” to review the force after discussions between Dick, the mayor and home secretary.

The Met said on Monday that a “high-profile external figure” would be appointed shortly to carry out a “wholesale review of culture and standards in the Met in order to regain the public’s trust”.

“I absolutely recognise the grave level of public concerns and the need to take urgent action,” Dick said. “All of us in the Met realise that it will take time to rebuild that trust and we will work hard to do so.”

Cooper wrote on Twitter that the planned review of the force as a whole was not the same as an independent, government-commissioned inquiry.

“Reviewer will ‘report to’ and ‘work alongside’ the Met Commissioner,” Cooper wrote. “In what way will they be independent?”

She added that action and improvements were needed but the review did not go far enough.

The Met said the commissioner recognised specific concerns about culture and standards within the Parliamentary and Diplomatic Protection Command, whose 950 officers and staff provide the armed guards for diplomatic missions and the Houses of Parliament.

“The public rightly expects the highest standards of officers across the Met and that absolutely includes those who are charged with protecting London’s iconic sites and the seat of government,” the force said. “The commissioner is . . . announcing an in-depth, searching and rigorous review focused on the command.”

The review would examine whether there were “specific issues” within the command, the force said.

“This will report into the wider review which will be led by our external appointee into the culture and standards of the whole Met,” it said.