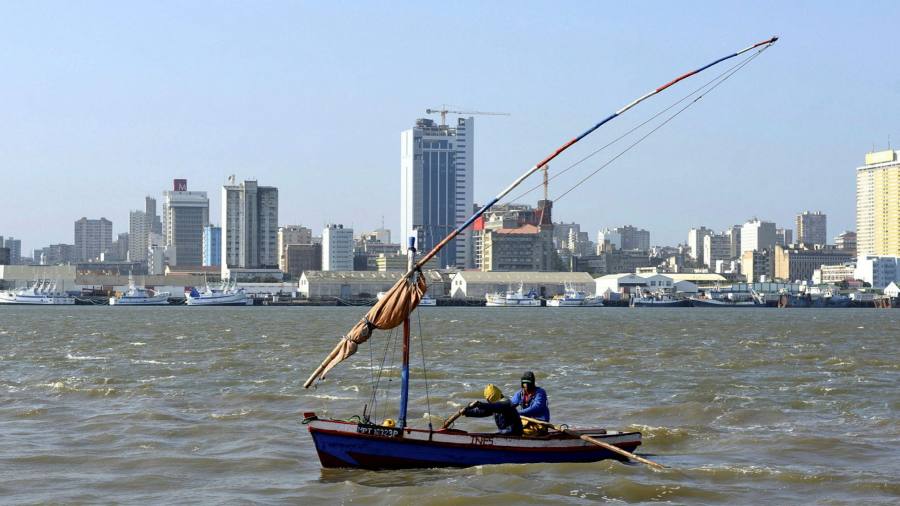 in Business
Reading Time: 10 mins read
A A

The alleged loot included a trio each of Ferraris, Rolls-Royces and BMWs for the former president’s son — albeit with just the one Maserati — and more than 7,400 “bottles of wine” flown in by private jet from France, in what might have been code for high-denomination wads of cash.

While the spotlight fell on Credit Suisse last week over the Swiss bank’s $475m US and UK fines and admission of fraud in Mozambique’s $2bn “tuna bond” scandal, the corruption that it enabled in one of the world’s poorest countries has been on lurid display in the African nation’s biggest ever graft trial.

In a tented courthouse inside a maximum-security prison in Maputo, the capital, a judge has spent recent weeks hearing how more than a dozen suspects — including the son of Armando Guebuza, the president until 2015 — allegedly handled at least $50m of kickbacks that were ultimately funded by loans that Credit Suisse and Russia’s VTB sold to international investors from 2013. The debts, contracted to buy boats from Privinvest, a Gulf shipbuilder, imploded years later, devastating the country’s economy.

Between 2016 and 2019, the $2bn fraud ultimately cost Mozambique’s economy $11bn, or $400 per citizen — the country’s entire gross domestic product in 2016 — according to a study by the country’s Centre for Public Integrity and the Norwegian Chr. Michelsen Institute.

The impact of that lost growth and economic slowdown, the study said, pushed almost 2m people into poverty.

The revelations in Maputo are just part of a scandal Credit Suisse would like to put behind it with its settlements with US and UK authorities, years after three former employees already pleaded guilty to handling bribes.

In an unusual step, the bank will even eventually forgive $200m of what Mozambique still owes on a bond that became a fishy symbol of the fraud, after investors were told it would fund a state tuna fishery.

For António Horta-Osório, Credit Suisse’s new chair, it may be just another day in a long repair job to the bank’s reputation. Despite the bank admitting to what one US Attorney called a “global criminal conspiracy to defraud investors”, a senior bank insider said that it was “hard to portray it as an entirely bad day at the office”.

But the carefully choreographed series of regulatory settlement announcements on Tuesday evening was far from the end of the scandal for Credit Suisse.

The bank still faces a tangled web of civil legal cases in London — including against Mozambique and bondholders — an ongoing FBI criminal investigation and the further reputational damage to its business after its UK subsidiary pleaded guilty to wire fraud in a Brooklyn court last week.

“The idea of this being over for Credit Suisse is completely flawed,” said Natasha Harrison, managing partner at Boies Schiller Flexner, the US law firm that is suing the bank on behalf of creditors including Banco Comercial Português and United Bank for Africa.

“There is a huge amount of litigation running through the English courts at the moment and that isn’t going away. If anything, it’s getting stronger and stronger.”

There is a certain pattern here we have seen again and again at Credit Suisse. This is not just an element of bad judgment or looking the other way

The English High Court bondholders trial is not set to take place for another two years, with the potentially embarrassing disclosure process due to start midway through next year.

The settlement documents last week detailed how the bank’s compliance staff had overlooked warnings about dealing with a contractor described as a “master of kickbacks”, “heavily involved in corrupt practices” and someone for whom “ethics are at the bottom of [their] list”.

Such risk control failures have been blamed for its two most recent high-profile scandals, surrounding the collapse of specialist finance firm Greensill Capital and family office Archegos Capital.

“There is a certain pattern here we have seen again and again at Credit Suisse,” said one creditor who is suing the bank. “This is not just an element of bad judgment or looking the other way.”

In Mozambique, the pain of the debt will linger much longer than Credit Suisse’s reputational hit.

“This is a hollow victory,” said Denise Namburete, the executive director of N’weti, a Mozambican NGO. A longtime campaigner over the hidden debt, in 2019 she travelled to a Credit Suisse shareholder meeting in Zurich to shame the bank.

Now Namburete said she had “a mix of feelings” over a victory that came after a long struggle for justice, but was nowhere close to paying back ordinary Mozambicans for the economic collapse they had suffered.

In the early 2010s, the country’s political elites, including Guebuza and Filipe Nyusi, his defence minister and successor, were in the afterglow of offshore gas discoveries that promised to transform their fortunes.

Privinvest pitched maritime security projects to then-president Guebuza’s government, allegedly after introductions by his son, according to testimony by Andrew Pearse, one of the Credit Suisse trio who admitted handling bribes.

Three loans to back the projects were inflated from $300m to over $2bn to incorporate kickbacks, and were issued from 2013 without disclosure to the IMF, according to testimonies before the Mozambican trial and other court processes.

Jean Boustani, a salesman for Privinvest, referred to the “bottles of wine” in a 2013 message that Mozambican prosecutors had alleged in court was a discussion of kickbacks. Analysts say the implausibility of loading and weighing down a jet with thousands of bottles suggests cash is a more likely possibility.

Privinvest said that it was “not in a position to comment on the detail of the Maputo trial” as it was not a party to it. The company has always denied any wrongdoing as have Guebuza’s son — who also denies any knowledge of the wine — and Boustani, who was acquitted of all counts of fraud in a 2019 US trial.

The scheme was blown open in 2016 by the public collapse of the now infamous tuna bond. As the projects fell apart and the true scale of the debts and the looting was discovered, international donors and the IMF pulled funding. The government defaulted on debt payments while a currency collapse forced up food prices for the poorest.

“This represents the ultimate cost that Mozambicans still have to pay,” said Namburete. “The cost of the corrupt conduct by Credit Suisse is too high to be covered in a [$475m] fine . . . the fines are far below the real cost.”

The penalties collected by the US and UK should at least go to projects that benefit the Mozambican people, Namburete said. “Not to the government. We don’t trust the government.”

The $200m debt relief agreed with the UK’s Financial Conduct Authority by Credit Suisse is meanwhile roughly the same as the kickbacks that its bankers and Mozambican officials siphoned from the loans, according to the US. Pearse testified in 2019 that he negotiated his first bribe over drinks by the pool at a Maputo hotel.

The relief is also predicated on the outcome of a court case that is years away. Mozambique has sued Credit Suisse for damages over the debts, with a hearing set for 2023. Credit Suisse does not have to write off the debt until it either settles or if Mozambique loses its case.

“This week’s resolution provides significant debt relief to the people of Mozambique,” said Matt Herrington, a partner at Paul Hastings who acted as external counsel for Credit Suisse and called the move an “important precedent”.

Other creditors continue to press the government for repayment. Last week VTB paid a $6m penalty to settle SEC allegations that it failed to disclose the full picture of Mozambique’s debts during the 2016 tuna bond restructuring. The Russian bank also said last week that it “expects to prevail” in its ongoing suit to force Mozambique to repay a loan to the state-owned Mozambique Asset Management.

Mozambican activists are pushing for all of these debts to be torn up as illegitimate. Credit Suisse’s admission of fraud this week “reinforces the fairness and legitimacy of [our] demand for full cancellation of illegal debts”, the Budget Monitoring Forum, a coalition of civil society groups, said.

The Swiss bank is planning to pull back from emerging markets with Horta-Osório deeming the risks unacceptably high, according to people familiar with his thinking.

But even as Credit Suisse moves on, the loans it arranged will have political ramifications in Mozambique for years to come.

Next year, when the ruling Frelimo meets to choose its candidate for president after Nyusi’s second and last term ends, the fallout over the hidden debts could determine whether factions representing Nyusi or Guebuza triumph, analysts say.

Privinvest has said in London court proceedings against Mozambique that it paid $1m to Nyusi and $10m to Frelimo party in 2014, although the company has maintained that these were political donations, not bribes.

Nyusi has denied any wrongdoing or even knowledge of the hidden loans when he was defence minister. But he admitted recently that he presided over a country now seen as “a land of corruption where everybody is corrupt”.

The dreams of offshore gas riches, the original impetus for Mozambique’s turbocharged borrowings, are fading as an Islamist insurgency rages through the country’s far north where liquefied natural gas developments are based, forcing companies such as France’s Total to suspend projects.

Mozambicans had been transfixed by live TV coverage of the Maputo trial, Namburete said. “Even if we know that justice will have shortfalls . . . they need to know and learn about the genesis of this crisis.”

But she said Credit Suisse was only brought to account after it was “cornered”.

“I don’t think they care about what is happening in Mozambique.” 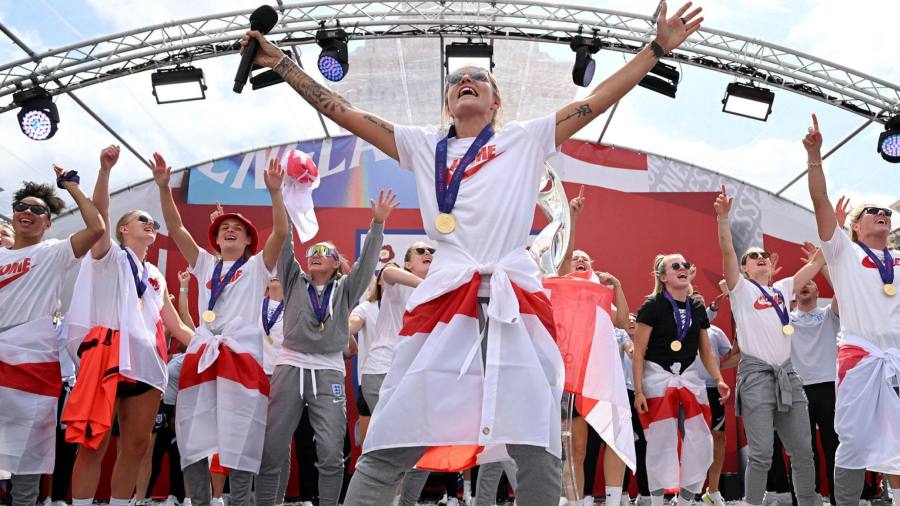 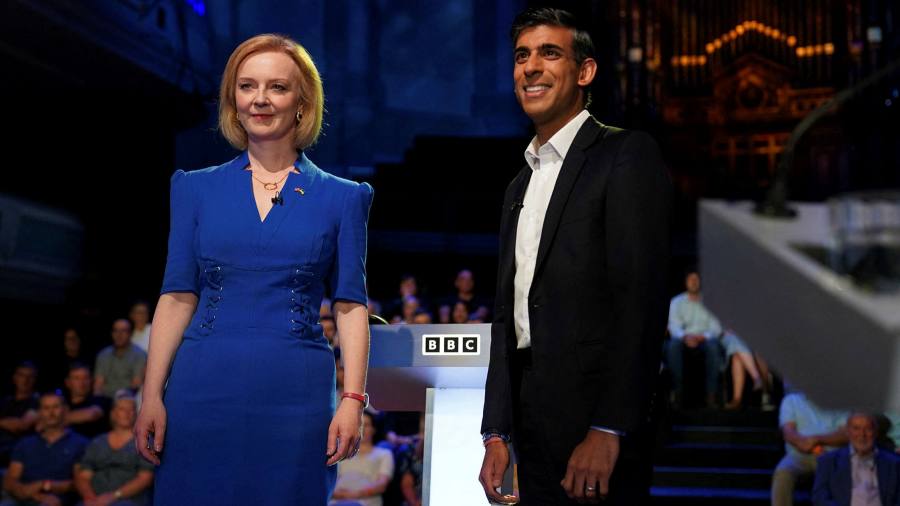 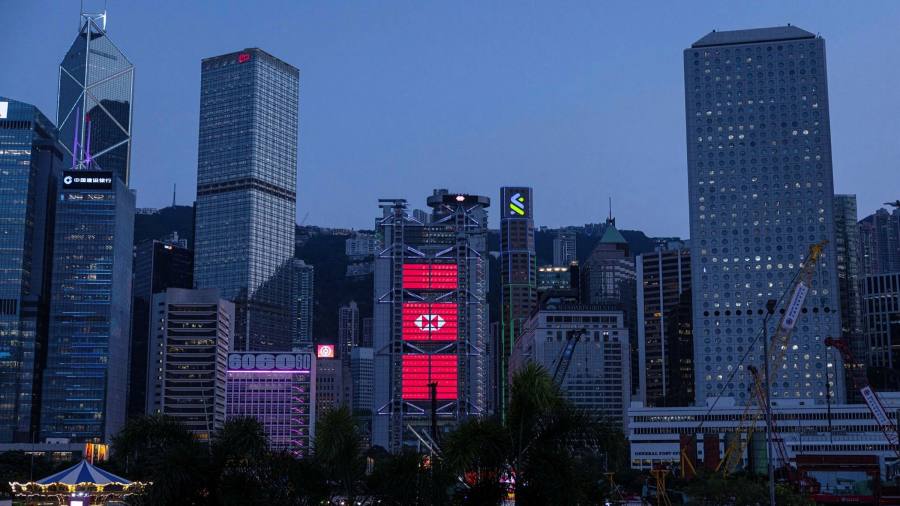 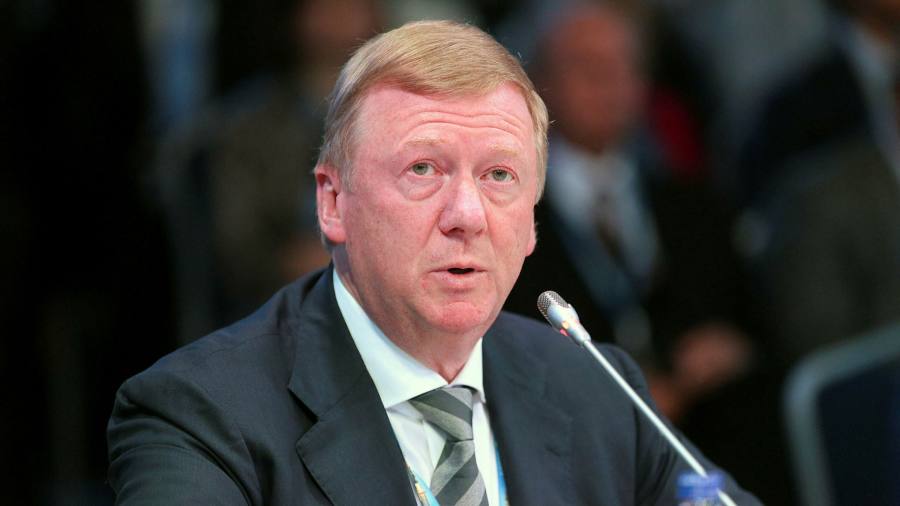 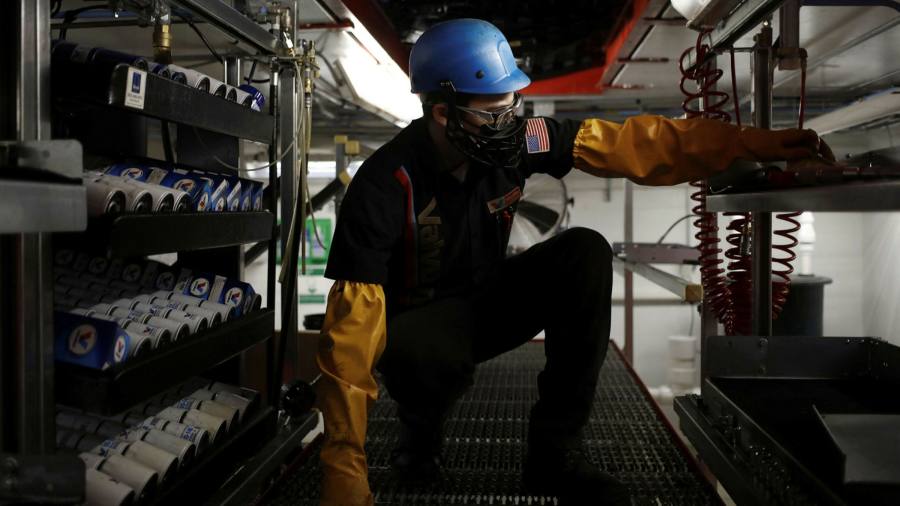 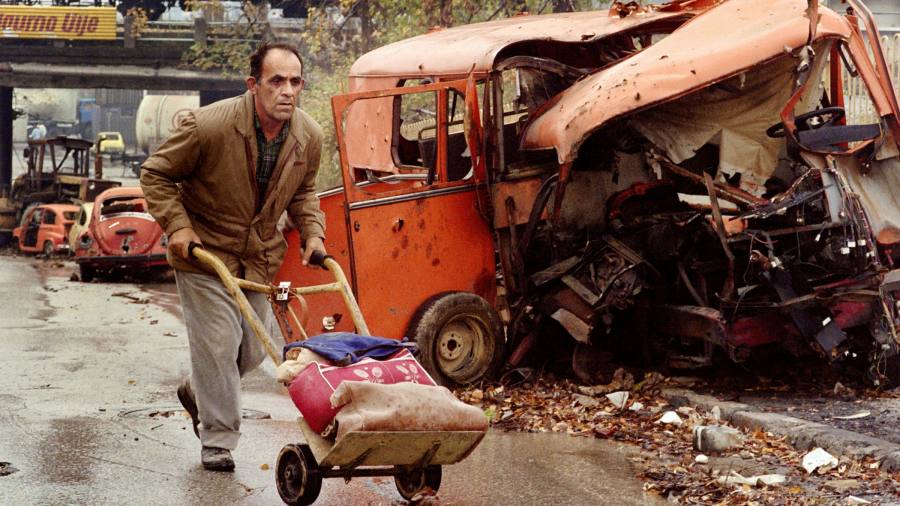 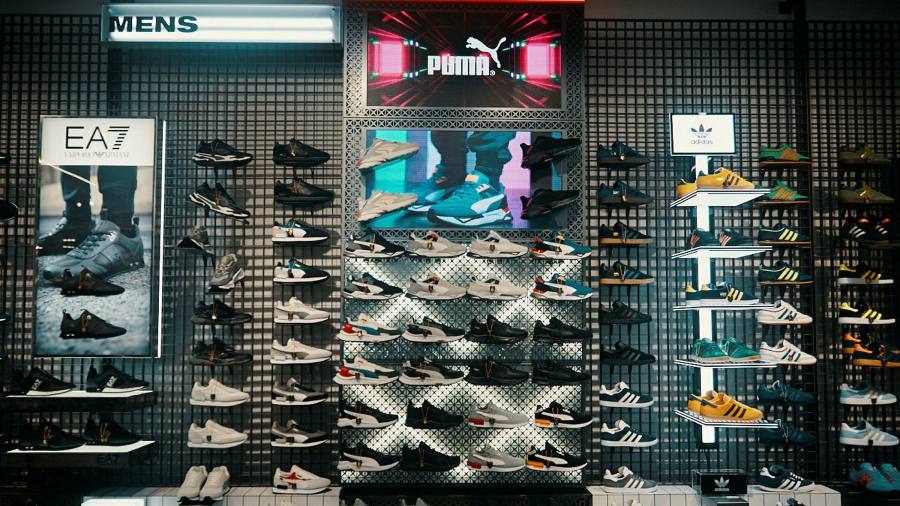