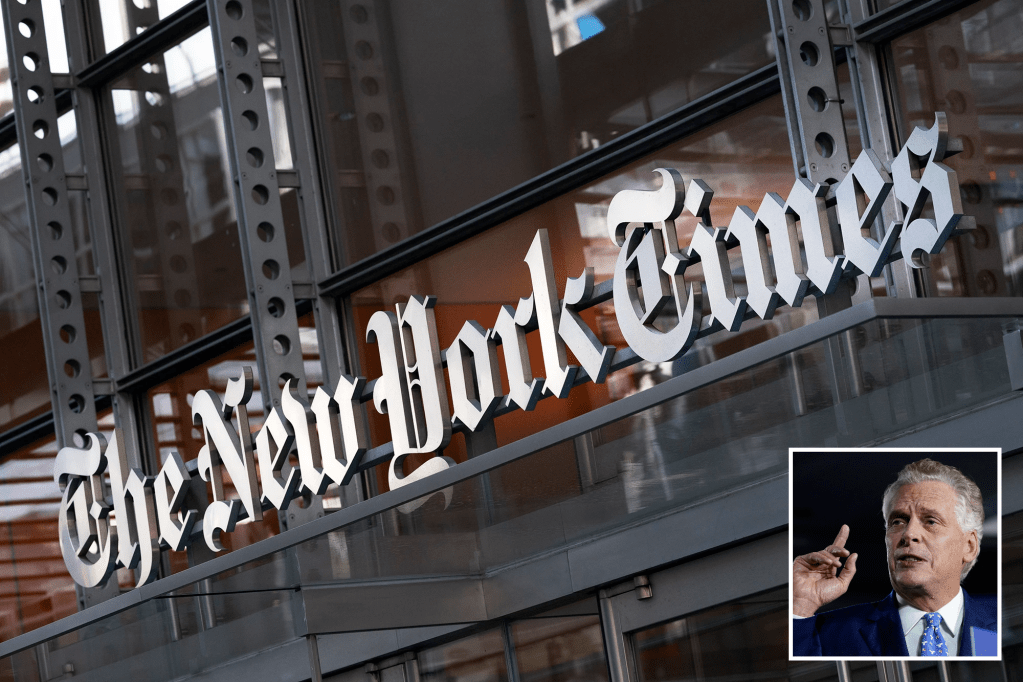 How far left have Democrats gone? So far left that even The New York Times is trying to pull them back from the cliff.

A Friday editorial headlined “Democrats Deny Political Reality at Their Own Peril” sounded the alarm over Republican victories in last week’s elections. The piece included demands that Dems “return to the moderate policies and values that fueled the blue-wave victories in 2018 and won Joe Biden the presidency in 2020.”

The argument is especially common these days, but coming from the Times it seemed revolutionary. Had the Gray Lady finally seen the light and was signaling its own sins, in much the way the paper apologized to readers in 2016 for missing the possibility that Donald Trump could be elected?

In fact, the more I read, the more absurd the advice to Dems became.

To start with, the piece repeatedly undercut its thesis that the party has gone too far. Rather, it was a clumsy, poorly argued call for more of the same product in slicker packaging.

Its call for more “conversations” on policy was rich coming from people whose staff conducts vendettas against colleagues who don’t swallow the party line.

For for the Times to honestly bolt from the left would require it to cite specific examples of high-priced, far-left nonsense that should be dropped. It would also acknowledge it has been leading the charge in demanding much of the drivel that passes for the Biden agenda, including endless climate fearmongering and support for critical race theory and other radical nostrums.

The Times’ own 1619 Project, which it developed for classrooms, is one of the examples often cited by parents and critics of how schools are rewriting American history to satisfy racial arsonists. Yet when parents object to it, as they did in Virginia, the Times accuses the GOP of stoking a culture war.

So the left can push any and all radical ideas it wants, but resistance is racist and a dog whistle to white supremacists. Sure, let’s have a conversation — as long as you agree.

Even the editorial, while decrying the leftward lurch of Dems, insists there is an urgent need for climate and social spending. If you’re really trying to help the left kick the habits of deficit spending and impractical ideas, calling for more of the same is not the solution — it’s the problem.

Ultimately, the contradictions and incoherence tell us more about the Times than Democrats and confirm that the paper makes a lousy sherpa for leading the party out of the wilderness. It’s in panic mode now only because it hates Republicans and dreads the possibility that 2022 and 2024 will be GOP wipeouts.

Seen through that lens, the paper’s position is enlightening in ways it never intended. Among the knee-slappers is this one: “A national Democratic Party that talks up progressive policies at the expense of bipartisan ideas, and that dwells on Donald Trump at the expense of forward-looking ideas, is at risk of becoming a marginal Democratic Party appealing only to the left.”

If the Times really thinks Dems are obsessed with Trump, why doesn’t it demand the end of the dumpster fire that is the Jan. 6 probe? And it might even tell New York prosecutors that the continued focus on Trump’s business years before he became president looks and smells exactly like what it is — a political prosecution.

Instead, it demands full-speed-ahead in both cases.

And pray tell, which bipartisan ideas does the Times favor? Its coverage of Biden’s multitrillion-dollar blowout has been soft to the point of mush. Back in September, it demanded that Sen. Joe Manchin join 49 other Dems to pass a voting-rights bill that put Washington in charge of all elections.

To the Times, bipartisanship is when a Republican votes with Dems. It rarely if ever urges Dems to cross party lines.

Of course, such lopsided thinking isn’t a surprise coming from a paper that hasn’t endorsed a Republican for president since Dwight Eisenhower in 1956!

Instead of “All the news that’s fit to print” its motto should be “Often wrong, but never in doubt.”

That gets to the heart of why the Times is in no position to show Dems the way forward. The paper is essentially the house organ for the far left, and its readership grew quickly under Trump because subscribers liked that the paper hated the president as much as they did. Insiders called the surge of new readers the “Trump bump” but, for honesty’s sake, should have called it the “anti-Trump bump.”

So while the paper champions bipartisanship now simply to try to siphon votes from the dreaded GOP, its own coverage is decidedly partisan. Trump’s appearance on the scene drove the Times absolutely nuts, but its prejudice against Republicans was on display even earlier.

Day in, day out, its coverage is directed at left-wing readers. When a headline says there is “worry” or “concern” over an issue, that’s code for the left is worried or concerned.

Its social coverage is advocacy based on skin color, and I’m told some stories never get published simply because they don’t include enough quotes from black people or would make a black person look bad.

Even longstanding rules on grammar have been tossed aside. A recent piece on a transgender actor who filed a lawsuit kept referring to him as “they.” I wondered if there were two lawsuits, then realized I had entered the paper’s pronoun vortex.

The people who preside over such a product have no idea how to appeal to more centrist or conservative readers in New York or anywhere else, so it’s ridiculous for them to tell Dems to become more moderate.

Lead by example or be quiet.

The Babylon Bee gets to the heart of the arrest of Igor Danchenko by Justice Department special counsel John Durham. Cutting through the tangled web of Hillary Clinton connections to the phony Steele dossier and the bid to paint Trump as a stooge of Vladimir Putin, the digital world’s best satire site puts it this way: “Hillary Clinton Tried To Prove Trump Was Colluding With Russians By Colluding With Russians.”

$traight from the mailbag

Reader Ruth Cohen sums up the Biden plan to pay immigrants for the pain of entering illegally.

Make up my mind. 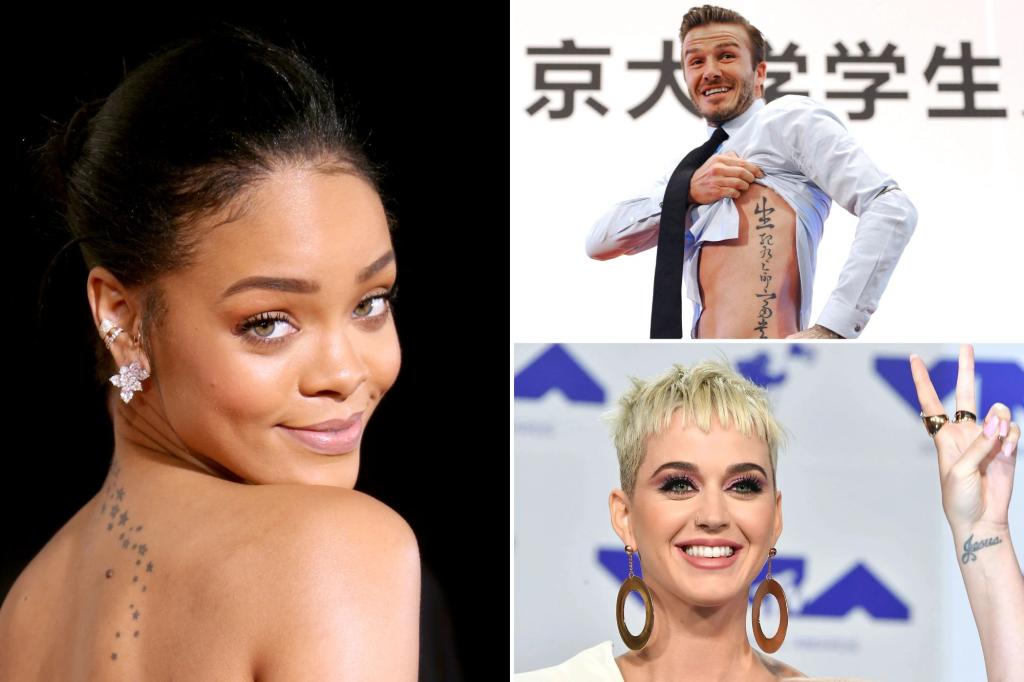 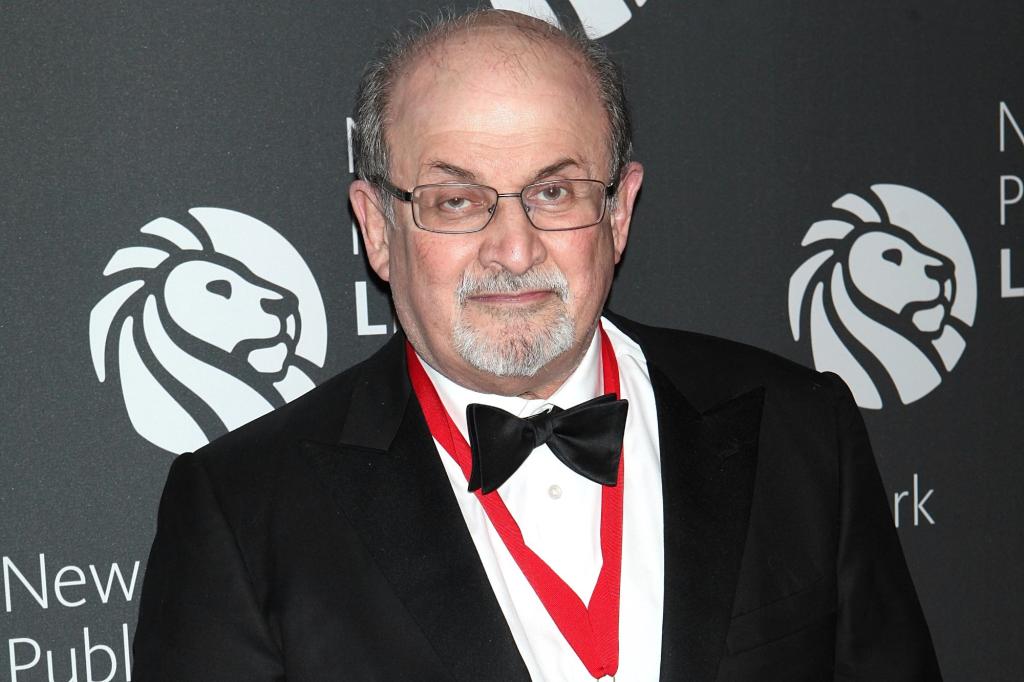 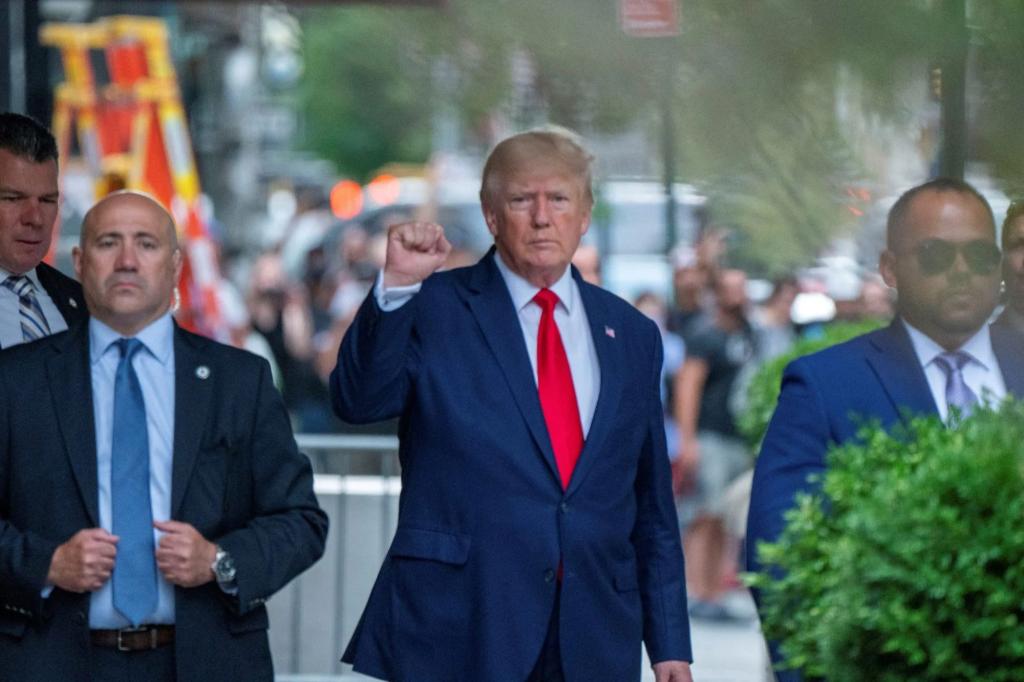 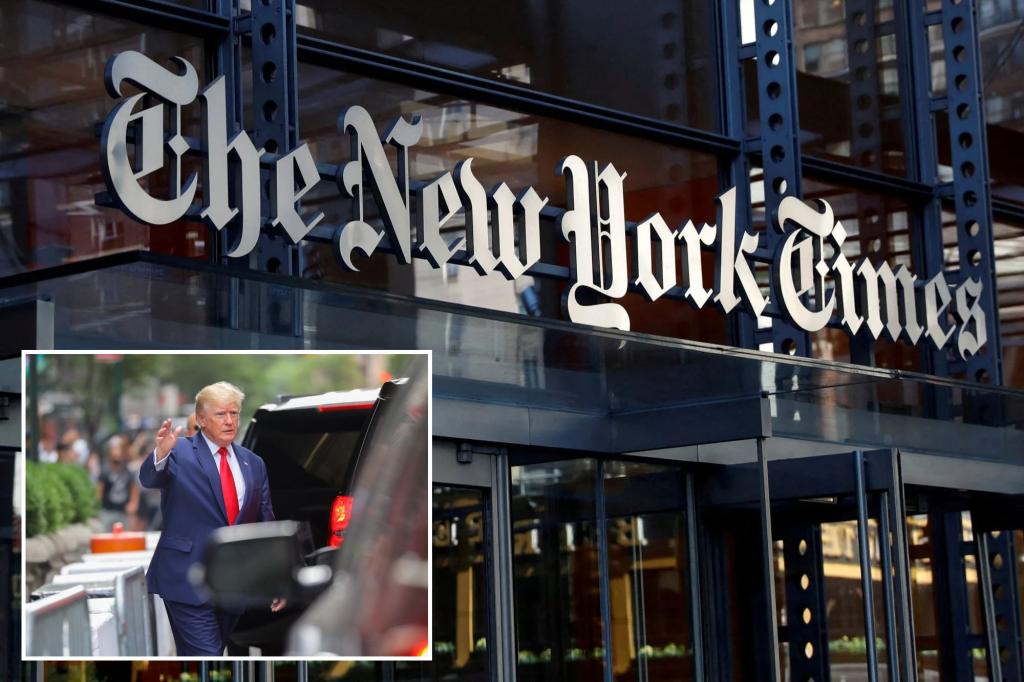 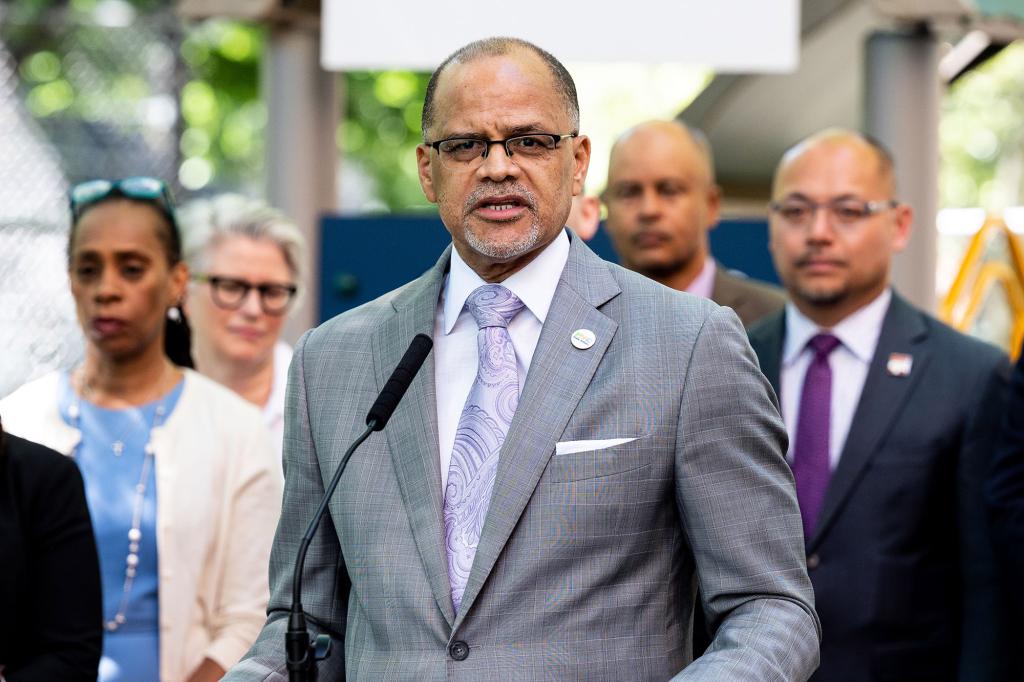 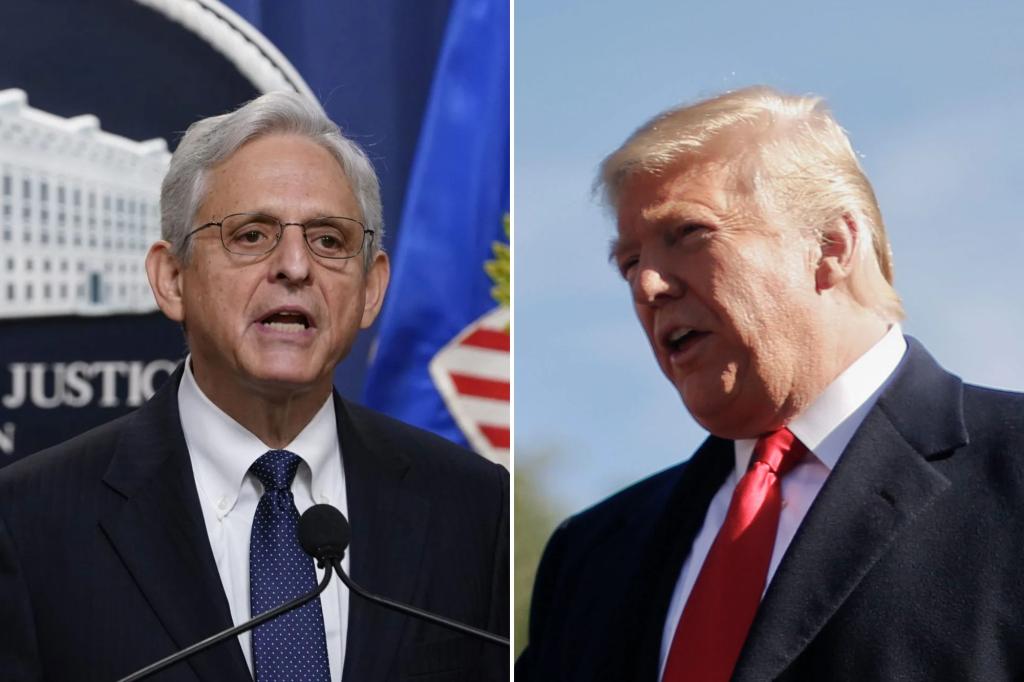 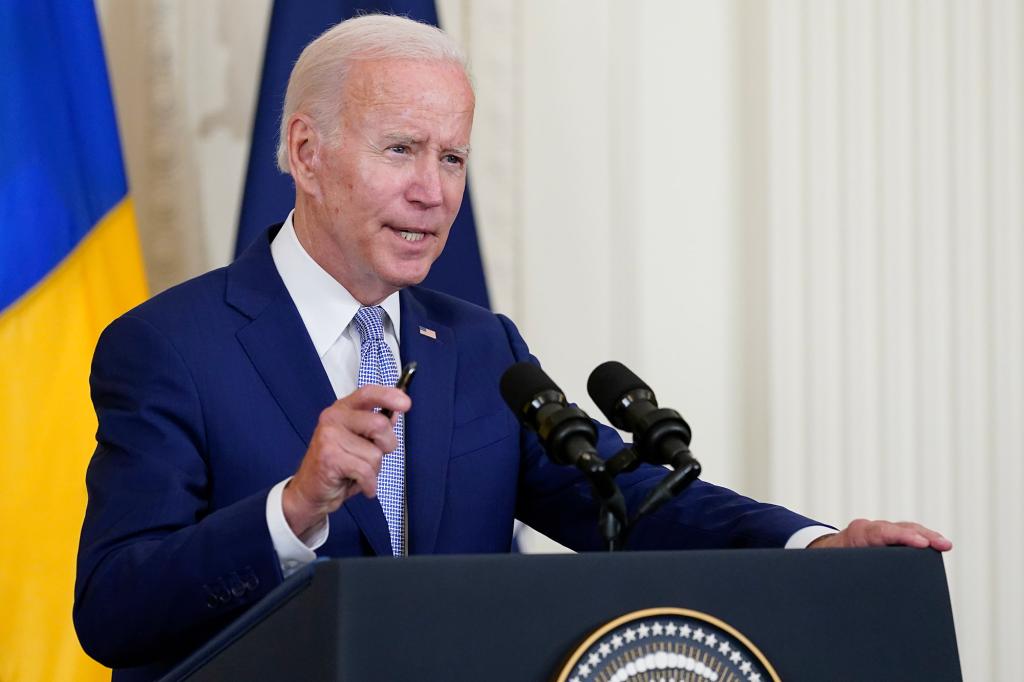 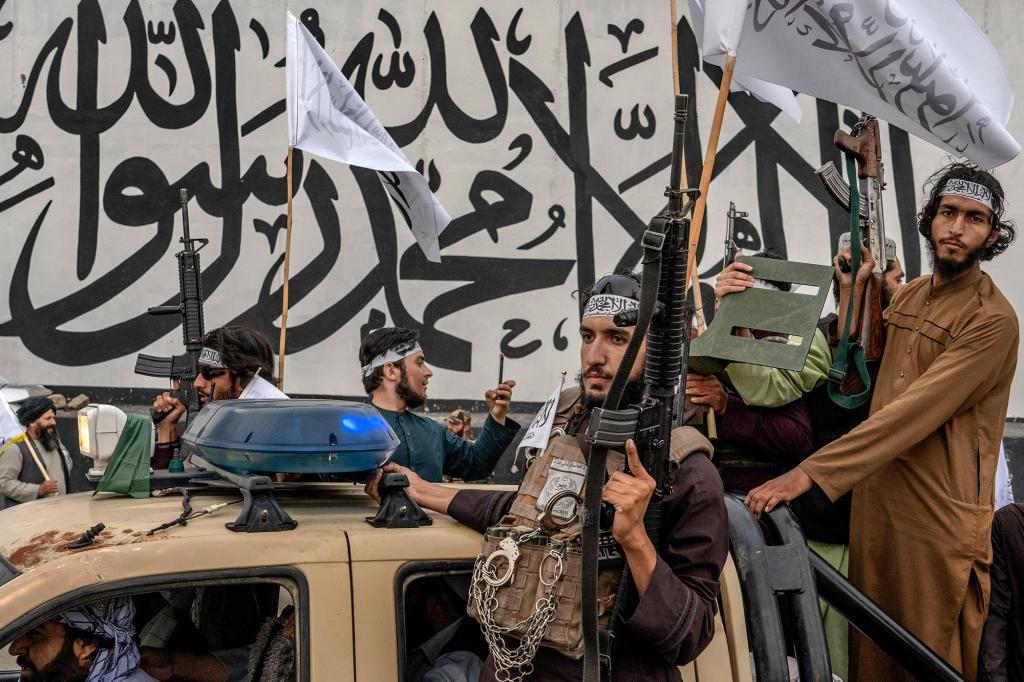 Soleil Moon Frye: A Day in My Life