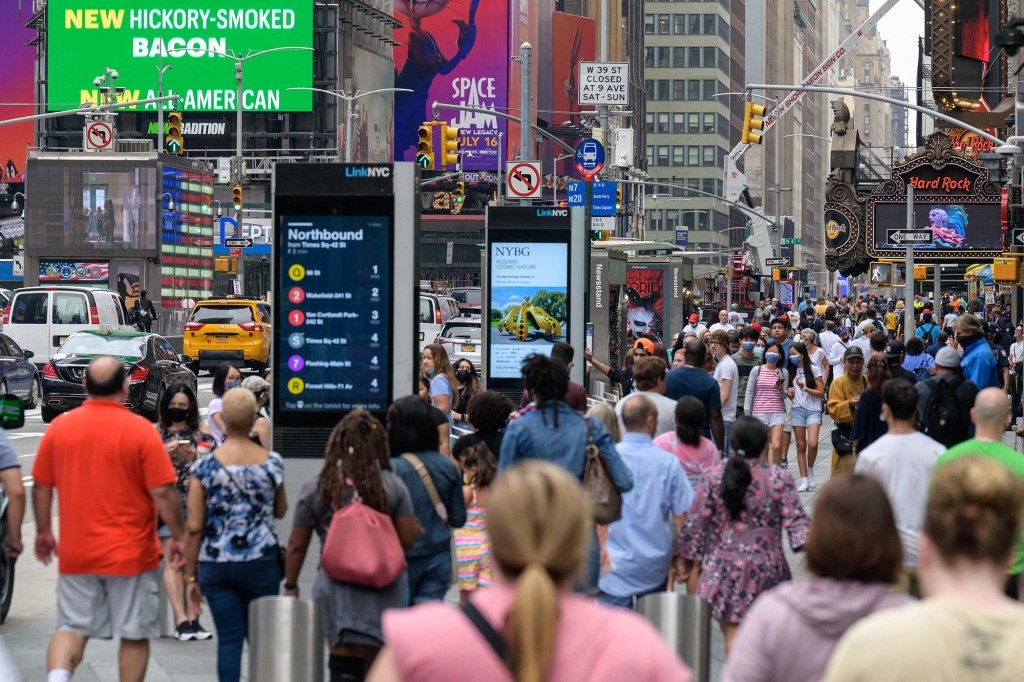 In the latest sign that the New York City real estate market is quickly recovering, third-quarter reports reveal that more Manhattan apartments were sold than at any other point of time in the last three decades.

Specifically, there were 4,523 closed sales of co-ops and condos in Manhattan in the third quarter, compared to the record set in 2007, when 3,939 sales were recorded, according to the latest Douglas Elliman report.

Corcoran brokerage revealed that sales topped $9.5 billion in the third quarter — the most in any recorded quarter thus far.

And while this signals a healthier New York, it also means a more competitive market for wannabe owners looking to come back to the city after a raging pandemic.

“While demand stayed strong throughout most of our marketplace, a critical inventory shortage remained,” Frederick Warburg Peters, CEO of Warburg Realty, explained in a report.

“Week after summer week, the number of contracts signed and listings ‘taken off the market’ exceeded listings brought to market. So, week after week, inventory shrank. Buyers waited with anticipation for a post-Labor Day rush of new listings, but it never materialized in a major way,” Peters added.

According to Bess Freedman, CEO of Brown Harris Stevens, this also means that the dramatic price drops seen over the past year are gone.

“Buyers can still find value, but the dramatic decline in both time on the market and negotiability make it clear that the fire sale has long ended,” Freedman explained in the latest BHS report.

Despite a promising record of sales, Gregory Heym, the chief economist at BHS’s parent company, told The Post he doesn’t expect it to last.

“This pace of sales can’t continue forever, as eventually the pent-up demand due to the pandemic will go away. We expect that next year’s spring market will be a return to more ‘normal’ levels of activity,” Heym said.

And while sales are at an all-time high, this doesn’t quite mean Manhattan’s real estate market has fully recovered.

In the third quarter, there were 7,694 active listings that remained, about 17 percent more than the 10-year average.