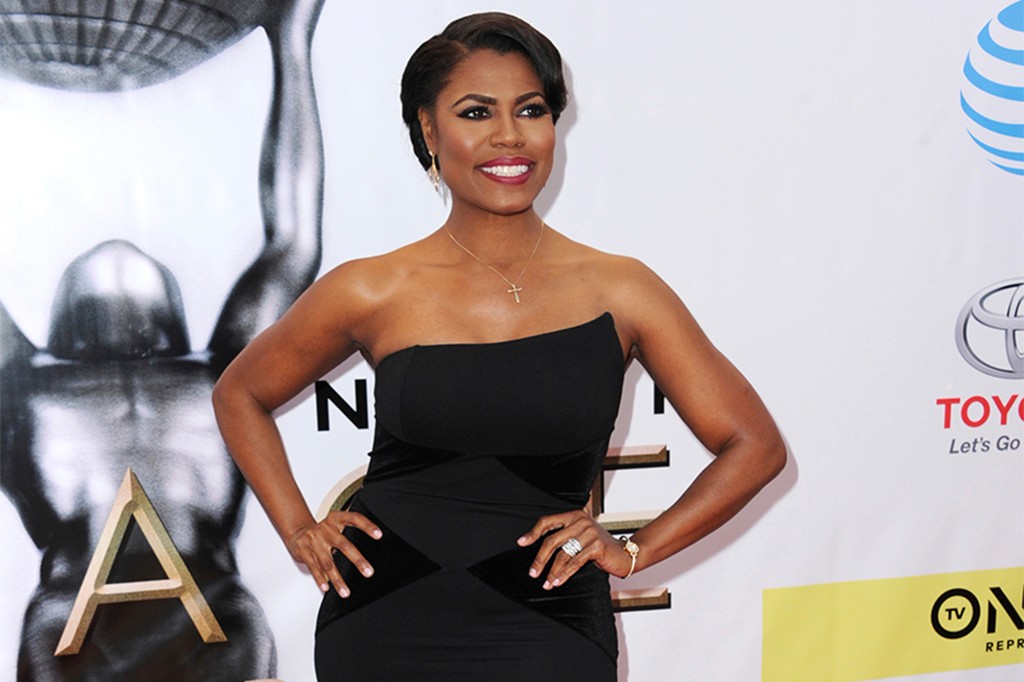 There’s gratitude for ya

Omarosa Manigault Newman just won a three-year legal battle over whether her 2018 tell-all — plus talking on TV, plus elsewhere — violated DJT’s nondisclosure agreement. The Trump campaign must pay her legal bill.

Arbitrator and NY Bar Association President T. Andrew Brown found this NDA “unreasonable.” It allowed Newman “to never say anything remotely critical of Mr. Trump, his family, or their businesses the rest of her life.”

I don’t know statutes. I don’t know law. I know gratitude. Appreciation. Omarosa might’ve stayed nobody had Donald not started her, given her a position. Nobody did more for her than Donald. And she’s forgotten all that?!

A gallery of the bizarre

Artist Storm Ritter had a showing at Gallery 23 on Little West 12th. Guests were artists, musicians, designers and Andy Warhol friend and psychic Frank Andrews, who’d spoken on the Bowery about mediumship a few seances before, plus how his painting of milliner Ivy Supersonic moved across his kitchen table by itself. OK? Also, that he predicted John Lennon’s death to Yoko Ono. Also, he said he feels lousy that spirit spoke to him and that he had to tell her. OK? Listen, I don’t get invited to these things. I just report them.

If you love this country, hear a bugle call from some of the USA’s smartest brains. Today. Change Columbus Day to Indigenous People’s Day? Now Boston — and may their tripe decrease — the city where earliest sounds of our infant nation were heard, its mayor also wanted to change its name to Indigenous People’s Day? And Congress changing the legal holiday name of Columbus Day? Spanish, Italians, Jews, Greeks, Irish, Americans all respect this name. All of us. Columbus, NOT indigenous, discovered us! The move’s to still all national or religious holidays — to have ONE holiday for all. Pay attention. This is being slowly, quietly organized. Not random. It’s one by one. Question is by whom? Chinese? Russians? Who knows. Wake up United States of America. Liberties and freedoms rotting away. Social organizations, documents, facial recognition, phones following us? The effort’s to change our country. Look at Hong Kong. See what’s happening to Taiwan. Check how Russia swallowed Crimea. Watch what’s creeping through the USA. We are also into the destruction of New York City. Liberals reputedly cared about inner-city people. So-called progressives care about who? Once, 30,000 were cared for in mental institutions. Now, thrown in the streets, most uncared for on sidewalks. So-called progressives, destroying our education system, now terminate schools for gifted children, who, having trained here, found solutions in science and medicine. So-called progressives closing jails, putting career criminals on the streets. Ignoring their own is caring for the citizens of New York? So-called progressives terrorizing common-sense Democrats who care to help. Trying to change my America? How about we buy you a one-way ticket to Havana or Venezuela if you think their way is better. Today — who cares about America? Who cares about New York City? Who cares about freedom?

The US Congress is an institution which is becoming a proper place for its members.

Dearfoams Chenille Slippers Are Calling Your Name for Fall