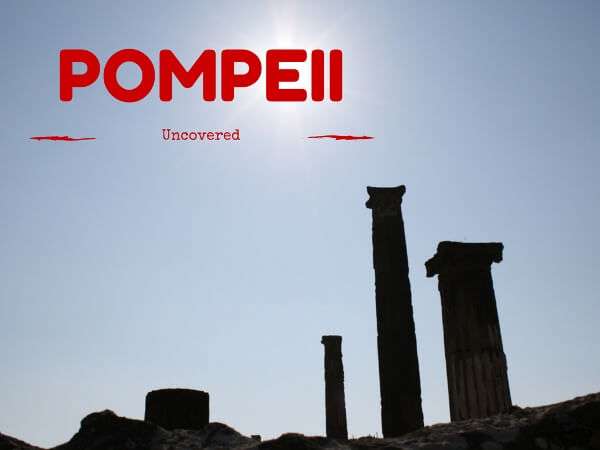 Pompeii {A Brief History Of The Lost City}

The Lost City Of Pompeii Uncovered

One of the main highlights of our 🛳 Western Mediterranean Cruise a few years back, was visiting the ⚱ Lost City of Pompeii.

It was a surreal experience walking through this Ancient Roman City with so much preserved over time. It really left you with a realistic look at what life was like a few thousand years ago. 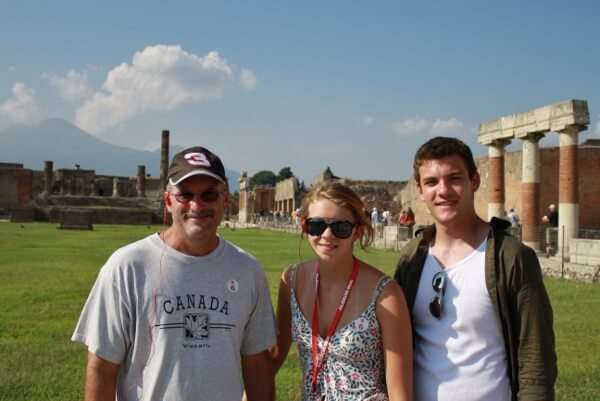 Looking back at our wonderful 2 week All Inclusive Cruise Vacation departing from South Hampton, England. Our cruise had us making port in; Gibraltar, France, Italy, Portugal and Spain.

What an amazing cruise it was, and one that I would highly recommend taking at some point.

One of our most spectacular ⚓ Ports of Call was in – Naples, Italy.

While in Port, we enjoyed a full day shore excursion tour of the spectacular Amalfi Coast. Afterwards, visiting and strolling along the massive 📖 Pompeii ruins.

These are both –UNESCO World Heritage Sites. 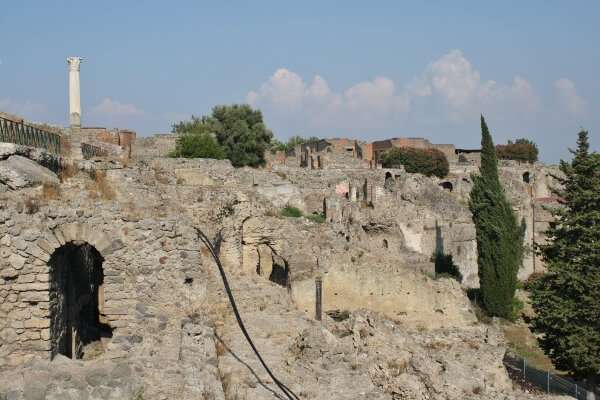 Pompeii was a very important and large ancient Roman City in Naples. Examiners have determined that the town was established in the sixth or seventh Century BC.

This Roman City covered at least three square kilometers, with heavily populated farmland and villages scattered around the city.

It is believed the population of Pompeii was over 20,000, just within the city.

This area was also known as a very popular vacation destination for Romans, during that period as well. 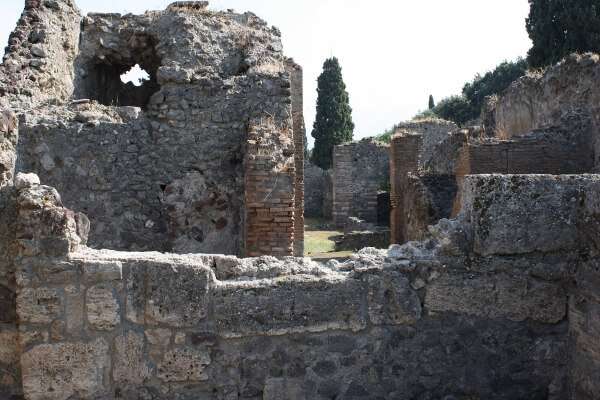 Just walking through a small part of the cities ruins, you can truly see how big and spread out it really was. Our visit lasted just a few hours, and we felt as if we had just scratched the surface of this historical site.

This was due to our limited time allowed to visit, in order to return back to our ship on time.

The Eruption of Vesuvius on August 24 AD 79 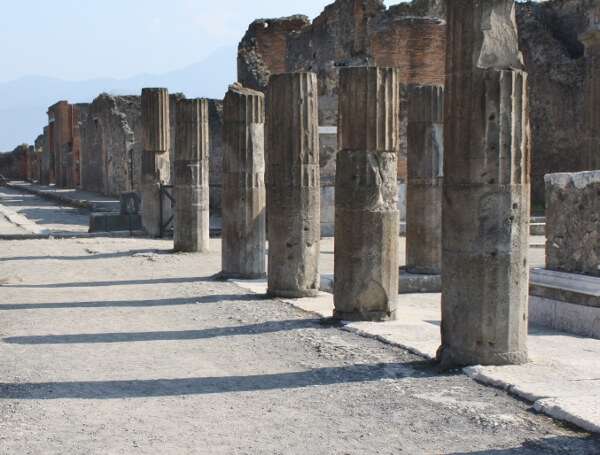 The massive 🌋 volcanic eruption completely destroyed the city and the surrounding area, killing everyone in its path and burying Pompeii under feet and tons of volcanic ash.

The city was kept buried and virtually undiscovered for nearly 1700 years.

It was not until 1748, that discoveries were made and excavation took place to uncover this ancient city.

The remains and artifacts that were buried in the eruption have been delicately preserved for many centuries. Archeologists believe it is because of the absence of moisture and air beneath the layers of volcanic ash. 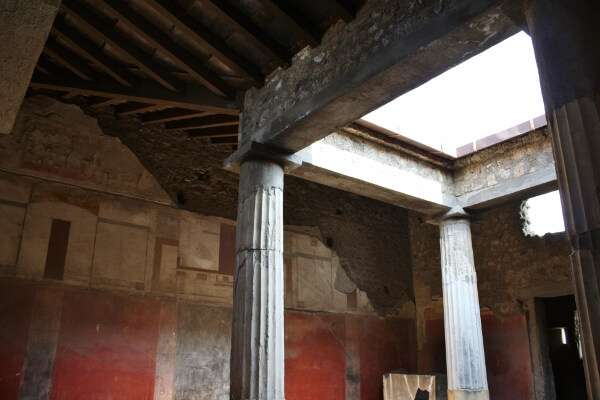 It was amazing to see the wall paintings and art after so many centuries and still showing color. How beautiful they must have been during that period!

As you strolled through the streets and gazed into each room, it really gave you a sense of what life must have been like during this Roman time. 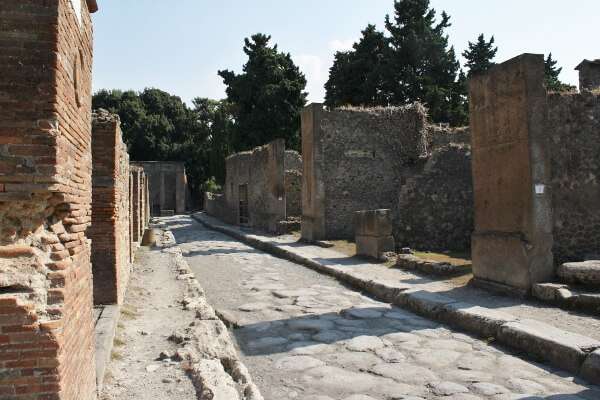 Large blocks were placed along the roadway crossing from one side to the other. This allowed people to cross without having to step onto the road, as it also served as the main drainage and sewage disposal system in the city.

Can you just imagine the sites and the smells throughout the city at that time!

Throughout the excavation and recovery process of this archaeological site, plaster was used to fill in the cavities in the ash layers, that once held spaces where human bodies were discovered.

This allowed archaeologists to actually see their precise position that the person or persons were in, when they died. 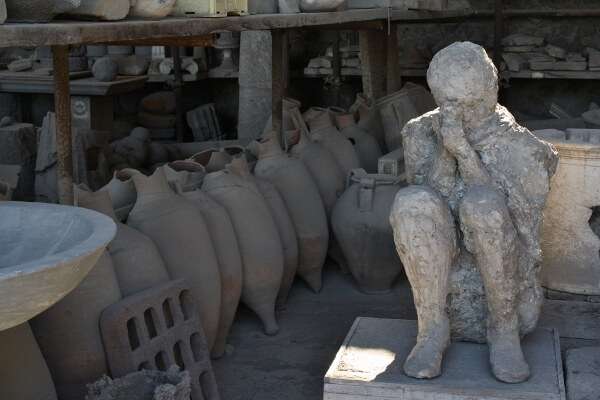 Viewing these plaster images really portrayed the horror these people must have felt just prior to their deaths.

Below, I’ve included a link to an excellent website outlining a brief history on the City of Pompeii.

This is truly an awe inspiring historical site, that one must make a point of visiting when traveling to this part of Italy.

“It Was Estimated That Over 13% Of The Total Population Of Pompeii Perished In The Initial Blast.”
🌴   Be Sure To Follow Me & Gr8 Travel Tips! 🌴

📰   Best Things To Do In Turin Italy 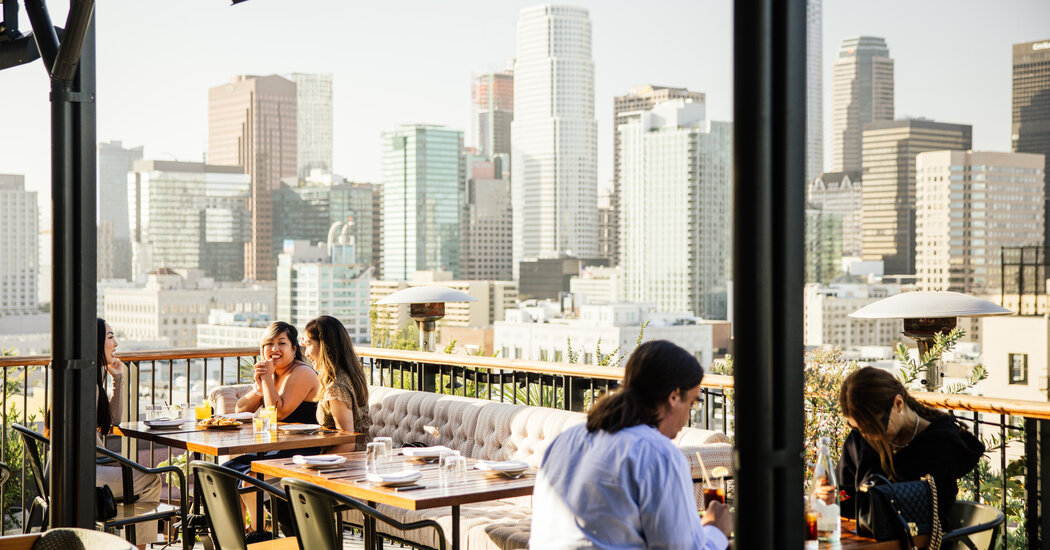