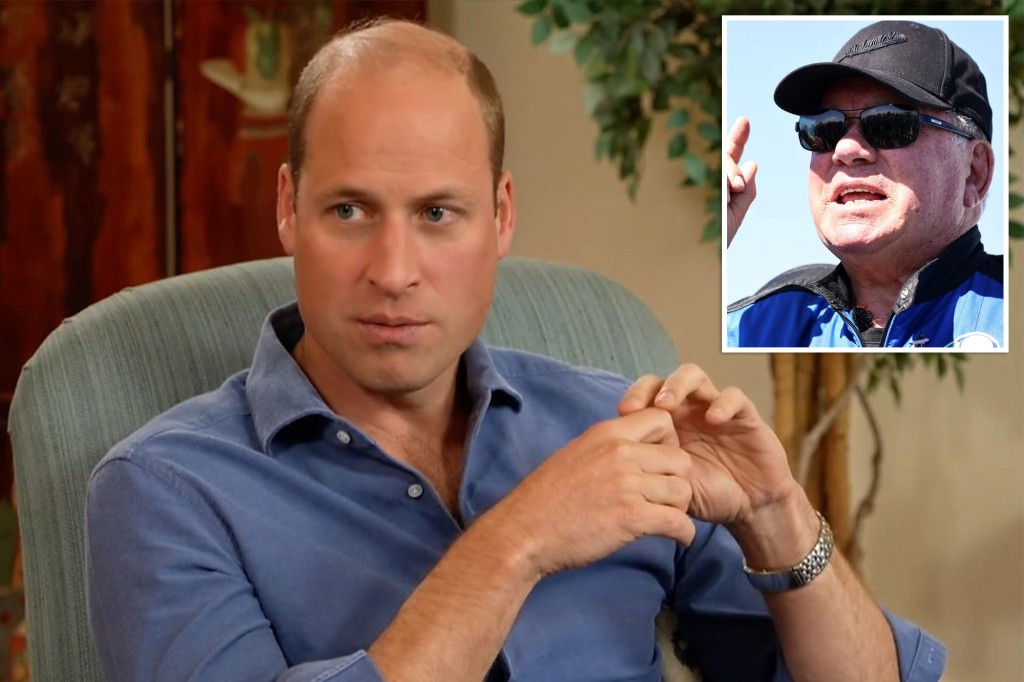 Boy, did Prince William put his foot in it by sounding off on the BBC about William Shatner’s ride to space on a Jeff Bezos rocket.

“We need some of the world’s greatest brains and minds fixed on trying to repair this planet, not trying to find the next place to go and live,” said the Duke of Cambridge.

First off, it’s Bezos’ money to spend as he sees fit: He didn’t just earn it (let alone inherit it), he created it by developing a business that has met the needs of countless millions of customers and workers.

And his Blue Origin enterprise, like those of rivals Elon Musk and Richard Branson, isn’t about abandoning the planet but enlarging the scope of human endeavor to the profit of all who dwell on its surface.

Yes, the Shatner shot was a stunt — but a grand one that surely serves the company well, taking “Captain Kirk” (at age 90!) up 60 miles above Earth’s surface for three minutes in zero gravity. It didn’t just grab attention, it inspired.

It was fun — the memes alone are fantastic.

And it was touching, as Shatner described “the most profound experience I can imagine,” witnessing the “immeasurably small” line between Earth and space: “This air which is keeping us alive is thinner than your skin.”

Those words alone surely did good work for the cause of “trying to repair this planet.” And the innovations from this new space race will likely help address climate change — that’s how technological advance works. Humanity’s drive to space has already brought spinoffs from scratch-resistant lenses, LASIK tech, wireless headsets, CAT scans and modern artificial limbs to GPS.

The prince’s sour words reek of a bid to grab the spotlight from another (ex) royal given to using his prominence to lecture the insufficiently PC.