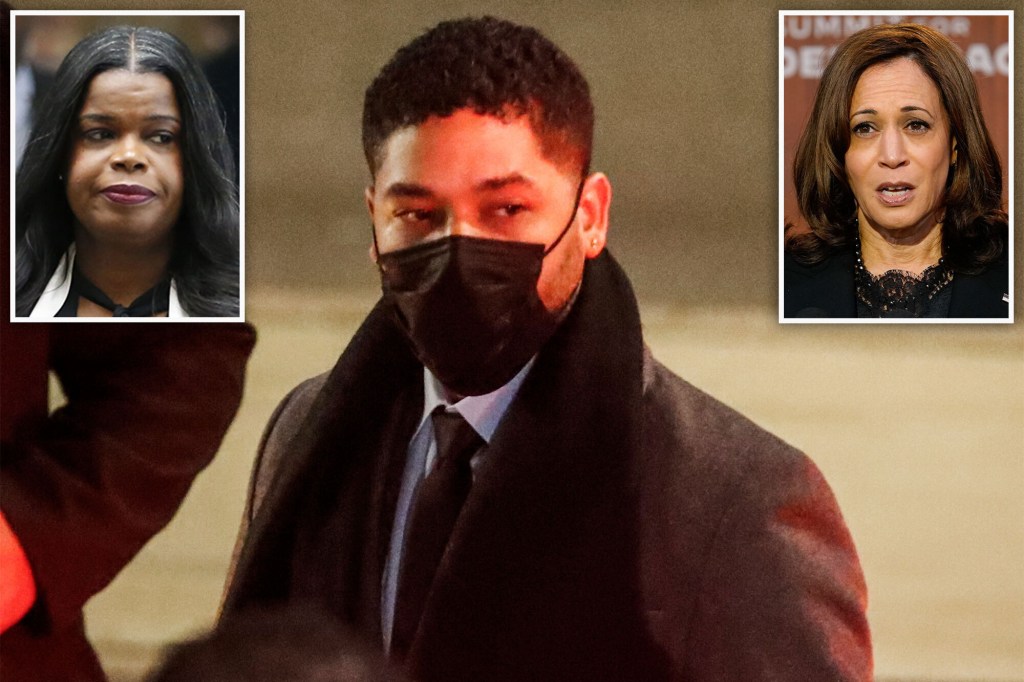 Putting the lie to lefties’ race baiting for Jussie Smollett

If liberal politicians and Hollywood stars had any shame, they’d be shutting down their social-media accounts today. How many times will their rush to judgments be proven false?

Jussie Smollett is a liar.

This was pretty clear to anyone with common sense after hearing that a minor actor from “Empire” was the target of a racist and homophobic attack on a frigid Chicago street at 2 a.m. by two guys yelling “MAGA!”

Yet Kamala Harris called it a “modern-day lynching,” in another case of liberal politicians exploiting race for their own gain before the truth has even been established — and on the way eroding trust in the authorities. And just weeks after Joe Biden’s similar cynical rush to judgment on Kyle Rittenhouse was similarly proved false.

The Smollett “attack” played into every myth of progressive advocates: that gangs of white supremacists roam the streets of our nation, looking to attack African Americans. Everything fits into that narrative. Older Asians attacked by mentally ill black men on the subway. White supremacy! White guy kills two other white guys in self-defense? White supremacy! Two Nigerians sprinkle bleach on a D-lister? White supremacy!

Cook County State’s Attorney Kim Foxx, who never met a crime she couldn’t dismiss, knew the Smollett case was embarrassing, so she dropped it. Jussie’s backers took that as vindication.

“Being queer and black is like having a target on your back every time you walk out the door,” “The Chi” creator Lena Waithe said. “I don’t really believe police. I tend to believe black people first.”

“I’m happy for him that the system worked for him in his favor because the system isn’t always fair, especially for people of color,” said Anthony Anderson, star of “Black-ish.” “So I’m glad it worked out for him.”

“I’m happy that the truth has finally been set free, because I knew it all along,” said his “Empire” co-star Taraji P. Henson.

But Smollett’s cynical ploy couldn’t be swept under the rug — and a special prosecutor took over the case.

Black activists should be furious with Smollett. In his selfish quest for money and fame, he made a mockery of real hate crimes. Instead, Black Lives Matter put out a statement defending Jussie, saying the trial was — wait for it — a white supremacist charade.

The next time the media bemoans “misinformation,” those who “stir division” or who would “undermine our institutions,” ask who they’re talking about. Jussie Smollett was a scandal that was encouraged, then dismissed, then undermined. Finally, at least, we have justice.