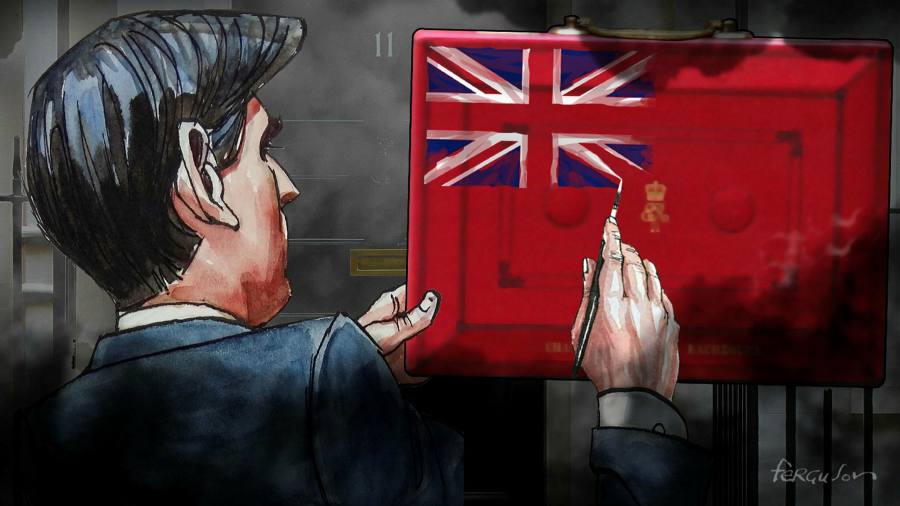 Budgets give the UK chancellor of the exchequer the opportunity to set the terms of the political debate. But, stripped of its grandiose rhetoric, Rishi Sunak’s effort was not so much agenda-setting as a recognition of political realities. His instincts remain those of the Treasury and previous Tory chancellors. But significant reductions in the share of public spending in gross domestic product are impossible. This has led to the embrace of what are, by British standards, high taxes and a big state.

Thus, the most startling sentence in the evaluation offered by the Office for Budget Responsibility is that “Stronger and more tax-rich growth, coupled with the tax rises announced over the last two Budgets, raise the tax burden from 33.5 per cent of GDP recorded before the pandemic in 2019-20 to 36.2 per cent of GDP by 2026-27 — its highest level since late in Clement Attlee’s postwar Labour Government in the early 1950s.”

In 2020-21, “total managed expenditure” reached 53.1 per cent of GDP. That is not surprising in the circumstances. What might be surprising is that, after falling to the 45 per cent of GDP forecast for 2021-22, it remains close to 42 per cent over the horizon to 2026-27. This outcome is only partly because this government is led by a man who instinctively likes an interventionist state, as the plans for spending on infrastructure, “levelling up”, childcare and skills show. More fundamental is the political impossibility of repeating or even sustaining the squeeze on public spending imposed by George Osborne after the 2008 financial crisis. Most fundamental of all, however, is the inexorable upward pressure of spending on health and care in an ageing society.

The big state is inevitable. So, in the long run, are the taxes needed to pay for it. But one also has to decide how large a deficit to run, how quickly to lower it after a crisis, and how much debt to bear. Sunak is producing a new Charter for Fiscal Responsibility that sets out his intentions. His plan is to have public sector net debt fall by the third year of the rolling forecast period, balance the current budget (excluding investment), again by the third year, and keep public sector investment from averaging more than 3 per cent of GDP. There remains in addition a cap on welfare spending. The OBR judges — surprise, surprise — that the outcome will satisfy the rules Sunak has himself just set.

According to the Institute for Fiscal Studies, the UK had 15 different rule sets between 1997 and the 2019 election. This makes it hard to take a new one seriously. We should focus instead on what they mean today. It is unclear why the current budget must balance in three years, particularly when the OBR forecasts permanent scarring of 2 percentage points of GDP. The aim should be to eliminate that scarring, if at all possible. Again, the limit on capital spending of 3 per cent of GDP is arbitrary. In a decade in which the plan is to transform the capital stock in order to achieve rapid reductions in greenhouse gas emissions, it is too tight. Indeed, one of the features of this Budget and Spending Review is how little it says on policies (and investments) that would accelerate this transformation. Finally, debt targets unrelated to the value of public sector assets and prospects for interest rates are also quite arbitrary.

Nevertheless, the economic forecasts offered by the OBR, coupled with decisions already taken to raise taxes, should give Sunak the fiscal position he will want three years hence if, as assumed, he then wants to cut taxes. This he owes above all to the successful vaccine roll out. Yet any euphoria must be contained. The OBR has lowered its forecast of post-Covid scarring by just 1 per cent of GDP. Thereafter, it expects weak medium-term growth: annual growth in GDP per head is forecast to average just 1.2 per cent from 2024 to 2026. Sunak sold the recovery as if it was a growth story. Rightly, the OBR did not buy that pitch.

Moreover, there exist obvious economic risks on which the chancellor understandably did not dwell. Inflation is now forecast to peak at 4.4 per cent in the second quarter of 2022, 2.6 percentage points higher than forecast in March 2021. This reflects bottlenecks abroad and at home and also soaring energy prices. The OBR believes this inflation spike will be short lived. The government hopes it is right and that the public forgives it for the effects on real incomes, especially the high cost of heating and other essentials. But we do not know how long this shock will last and above all whether it will affect inflation expectations in the medium to long run. There is much uncertainty over how swiftly the world and domestic economies will shake off the Covid-induced — and, in the case of the UK, Brexit-induced — disruptions.

It is essential also to analyse whether the government has revealed a coherent economic strategy for the UK. I intend to return to that question shortly. But something important now stands revealed. The new Tories are indeed not the same as the old ones. This Tory chancellor offers familiar rationales for familiar fiscal goals. He is, as he should be, flexible in response to crises. But the government in which he serves has made its peace with the strong pressures for a big state, predominantly for protection of the old. While it may adjust specific commitments, as it has done on the “triple lock” on state pensions, it has recognised these realities.

These are fiscally conservative, big-state Tories, with strong interventionist tendencies. This is realistic, at the very least. But will the economy work well and the public be satisfied under this new dispensation? That we will learn.