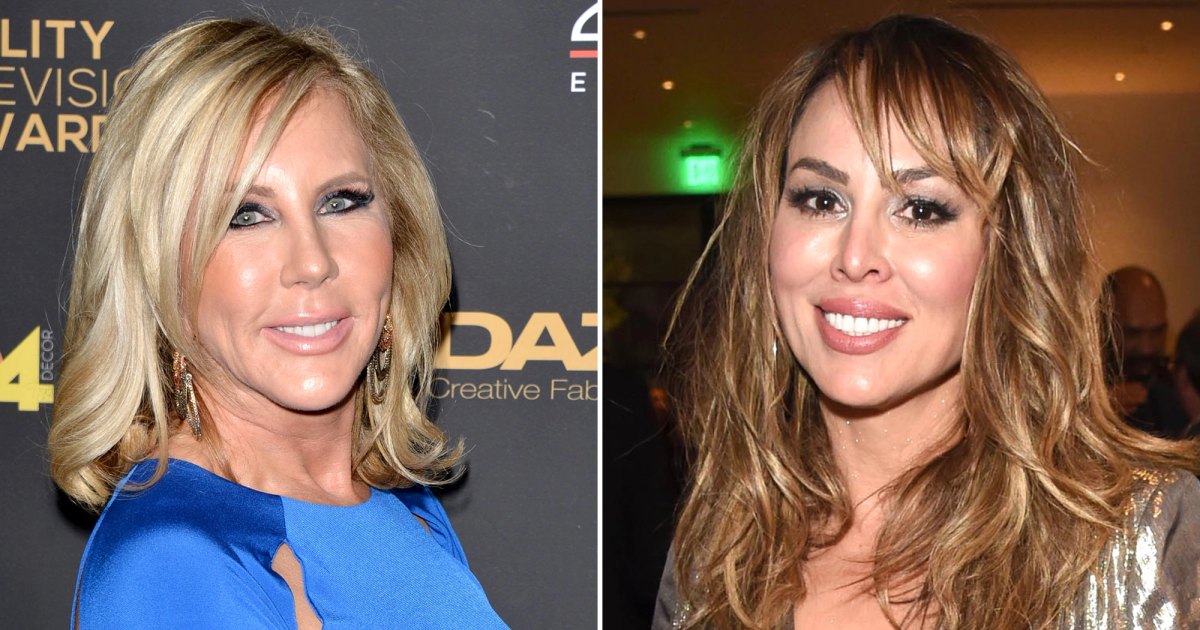 On Wednesday, October 20, Dodd shared a video via her Instagram Stories of her hanging out with her former costar, the “OG of the OC,” who recently broke up with her fiancé, Steve Lodge.

With help from another RHOC alum, Tamra Judge, Dodd promised that they would help Gunvalson move on from her estranged ex. “OK, we figured it out, me and Tamra are gonna find you a man. We’re gonna go out in her family van…,” the Arizona native said before turning the camera to Gunvalson, who agreed, “Yes, we are. A blue family van.”

Dodd then asked her husband, Rick Leventhal, if he would help them in their search. “I’m going along for the ride, OK? You’re not going without me,” the former Fox news correspondent, 61, joked in the clip.

Dodd later took to Instagram to respond to “the trolls and cyber bullies” who were surprised to see her hanging out with Gunvalson. “Hoping you haters can find happiness and a way out of your darkness ❤️,” she wrote on Thursday, October 21.

The recent reunion between the Bravo stars come four years after the pair’s relationship became strained during season 13 of the reality show.

After becoming fast friends in season 11, Dodd accused Gunvalson and her then-boyfriend, Lodge, 62, in 2018 of playing matchmaker for her ex-husband, Michael Dodd. At the time, Gunvalson admitted that she and Lodge had gone on double dates with Michael, 64, and his new girlfriend.

The women appeared to make up during the season 13 reunion, but Kelly quickly walked back reports of a reconciliation, claiming she would leave RHOC over comments Gunvalson made during the special, which implied she had used cocaine.

Gunvalson left the show before season 15, which premiered in October 2020, while Kelly tweeted in February that she was “excited” to return for season 16 following rumors that she had been fired.

The news of this unlikely reunion comes after Gunvalson accused her ex of cheating on her with a younger woman on October 15. Lodge later denied the allegations in a statement to Us Weekly that same day.

“The absolute lies she is now spreading on social media is very disappointing and disingenuous, to say the least,” he told Us. “But I cannot say I’m surprised.”

Us Weekly broke the news in late September that Gunvalson and Lodge called off their engagement two years after he popped the question. They started dating in 2016.

Kendall Jenner, Devin Booker Get Cozy on Vacation Amid Reunion