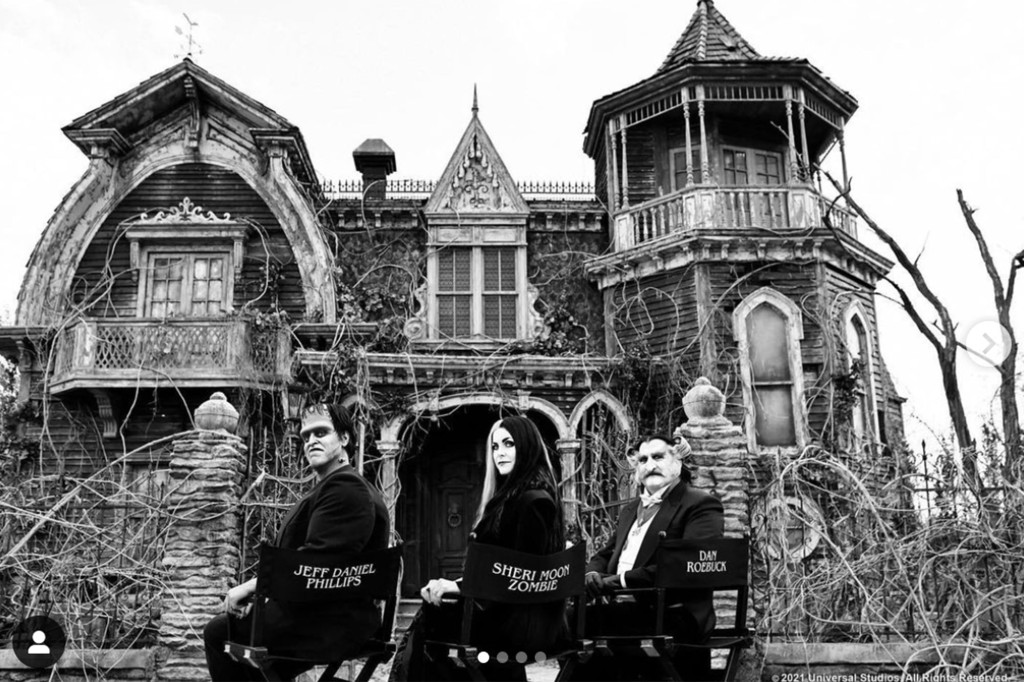 That’s a monster of a house!

1313 Mockingbird Lane — the mansion made famous in the 1960s sitcom “The Munsters” — has been painstakingly re-created for a forthcoming film adaptation of the classic show.

Director Rob Zombie shared an Instagram photo on Monday featuring the cast of the remake posing in front of the Gothic-style structure.

“Since Halloween is rapidly approaching I thought it was the perfect time to meet ‘The Munsters.’ Direct from the set in good old Hungary. I present Herman, Lily and The Count sitting in front of the newly completed 1313 Mockingbird Lane,” Zombie, 56, captioned.

The film is being shot on a set in Budapest, with the entirety of Mockingbird Lane being brought back to life.

In the original TV sitcom, the street was supposed to represent American suburbia with cookie-cutter homes standing in stark contrast to the Munsters’ spooky mansion at number 1313 — which featured a wrought-iron fence and dead trees in the front yard.

Zombie has made sure that the Munsters’ home in the adaptation is identical to the one seen in the sitcom, with crew members creating a replica from scratch.

Zombie — who first shot to fame as a musician in White Zombie before becoming a moviemaker — has been updating his 2.2 million Instagram fans about the building’s construction over the past two months.

On Aug. 20, he shared the first photo of the structure as workers erected its wooden frames. Last month, he shared several snaps of the exterior partway to completion, before fans were whipped into a frenzy after his new photo showed that the building had finally been completed.

“Oh s–t yeah, you are doing this right!” one fan cooed over the remade home.

“Yes!!!! Just when I thought October could not get any better,” another remarked.

A release date has not yet been announced, but the film will be shown in theaters and on the Peacock streaming service, CNN reports.

U.S. envoy for Afghanistan to step down