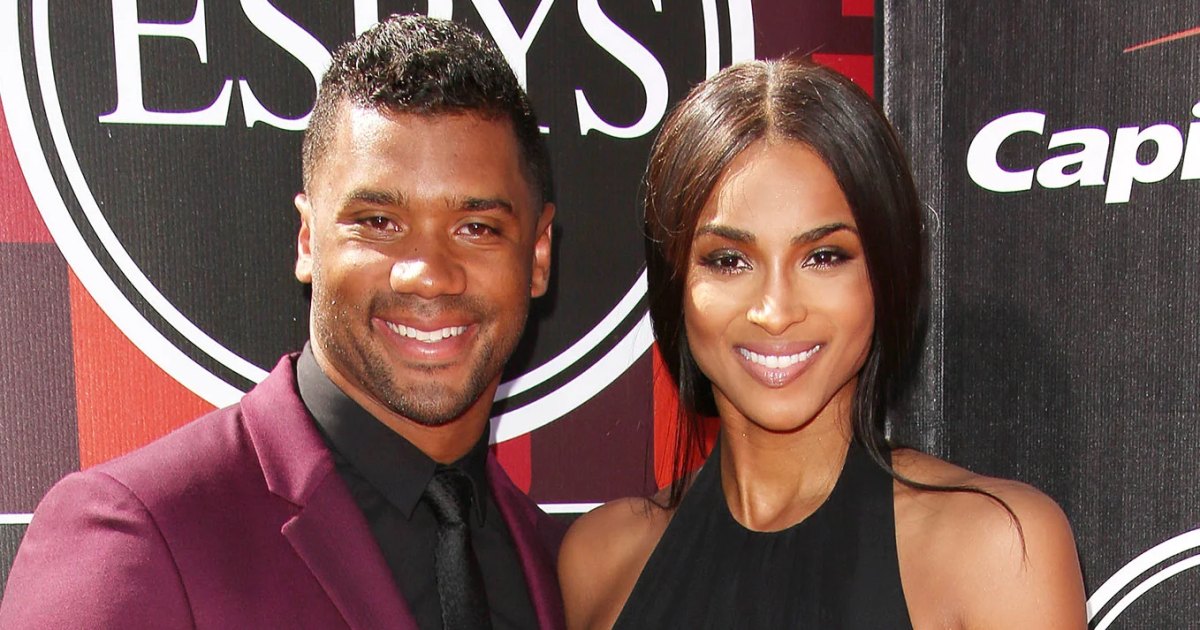 Winning at love! Russell Wilson and Ciara’s relationship has been going strong since they first started dating in 2015 — and it doesn’t appear to be slowing down anytime soon.

The Seattle Seahawks quarterback gushed over his love in July 2015, while confirming that the duo had chosen to remain celibate until marriage.

“I need you to pray for us,” Wilson told pastor Miles McPherson during an interview at The Rock Church in San Diego, California. “I know y’all have seen her on the screen. If there’s a 10, she’s a 15.”

Ciara, who was already the mother of son Future Jr. from her previous relationship with ex-fiancé Future, commented on the couple’s choice to abstain from sex a few months later.

“It’s going pretty good. We’re hanging in there. I’m not gonna lie. I’m human, so it is not easy,” she told Cosmopolitan in February 2016, just one month before the pair got engaged. “Especially when I look at him and I think he is the most beautiful thing I’ve ever seen — that I’ve ever laid my eyes on, to be honest. I’m like, ‘Look the other way! Look the other way!’”

Following their July 2016 nuptials, the twosome consummated their relationship and welcomed their first child, daughter Sienna, the following year. As their roles as parents have grown, Ciara exclusively told Us Weekly that the couple haven’t lost sight of each other.

“We do our best to keep our once-a-week date night ritual going,” she said in October 2018, noting the duo were also taking Spanish lessons with their two little ones, which she considered a “parenting win.”

Wilson, for his part, shared his excitement over growing their family in February 2020, five months before the pair welcomed son Win.

“We’re really fired up about having a third baby,” he exclusively told Us at the time. “We hoped that we were having a new baby. It’s a blessing for sure.”

The athlete revealed that he always makes sure his wife is spoiled — and that didn’t change while she was pregnant.

“I always pamper, pregnant or not,” Wilson told Us. “I just make sure that all of her food cravings are taken care of, that she gets anything she wants.”

Scroll down to relive Wilson and Ciara’s sweetest relationship moments:

Every Question 'This Is Us’ Season 6 Finally Answered