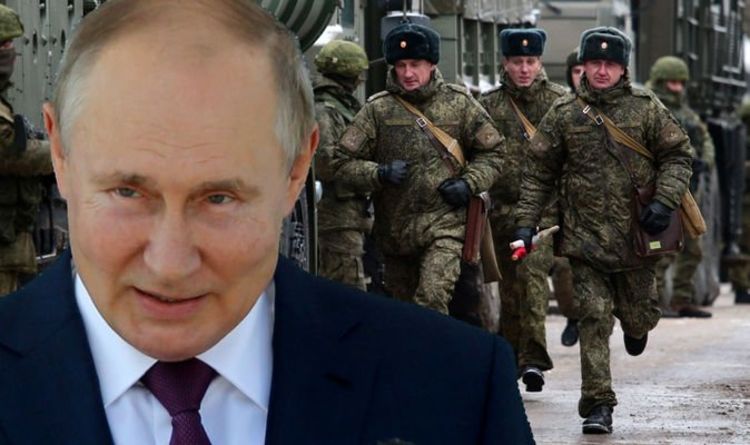 Biden warns of ‘severe consequences’ if Putin moves on Ukraine

The news comes as Russia ramps up its military presence at the border of Ukraine. With over 175,000 personnel now ready in the region, the US has warned allies the Russian leader may be planning a renewed invasion for real this time — and found Moscow in an increasingly belligerent mood. In the past few days alone, Putin has likened Ukraine’s policy in the Donbas, the border region where Russia has led a slow-burning separatist war since 2014, to “genocide” — words Kyiv fears may be a pretext to invade.

Konstantin Malofeyev, an Orthodox Christian tycoon who has close ties to the Donbas rebel said: “The war won’t last a week. It’ll be over in a matter of days.
The whole regime will wind up in London and go around telling everyone that they would have ridden their tanks into Moscow if the [west] hadn’t given up on them.”

The US has shared intelligence to convince even the most sceptical European allies that Putin may be prepared to make good on Russia’s quasi-imperial ambitions early next year but has yet to conclude precisely when or if he may give the order to invade.

Officials and analysts in Washington and Europe, and even people close to the Kremlin in Moscow, admit Putin’s true intentions with Ukraine remain a mystery.

Some speculate a troop build-up is a form of “reflexive control” that Russia has used to pressure the US into halting NATO’s expansion.

Others see the aspersions Putin casts on Ukraine’s statehood as a sign the president is now willing to solve what he sees as the key foreign policy dilemma of his two decades in power with force if necessary.

Tatiana Stanovaya, founder of political consultancy R.Politik. says: “This is his life’s work. Everything he’s done as president has been about fighting Nato expansion.”

She added: “So now he thinks it’s either now or never.”

Dealing with Ukraine would be Putin’s “life work” according to one commentator (Image: Getty)

Russian troops head for the border of Ukraine (Image: Getty)

The United States has warned of severe consequences should Russia invade Ukraine.

Foreign Secretary Liz Truss and US Secretary of State Antony Blinken “expressed deep concern” about the amassing of Russian troops at the border with Ukraine during their meeting ahead of G7 foreign ministers gathering in Liverpool on Saturday.

A spokesman from the Foreign, Commonwealth and Development Office (FCDO) said: “Both agreed their support for Ukraine and expressed deep concern about the build-up of Russian troops on Ukraine’s border.

“In addition, they said that any incursion by Russia would be a strategic mistake for which there would be serious consequences.

“The Foreign Secretary and Secretary Blinken both agreed on the importance of defending and promoting freedom and democracy, and the need for a unity of purpose from the G7 to achieve this.”

The pair also spoke about tech and security cooperation while stressing the “need for Iran to meaningfully engage on a nuclear deal”, the FCDO added.

Ms Truss also met new German foreign minister Annalena Baerbock, during which they spoke about the “need to stand up to autocratic regimes that threaten the free world”, unity in the face of Russia’s “threat” to Ukraine, the Northern Ireland Protocol and the European migrant crisis.

Ukraine is desperate to join NATO, Russia has condemned the move (Image: Getty)

In a virtual meeting between Joe Biden and Vladimir Putin, the issue of Ukraine was discussed, but much like Mr Biden’s virtual meeting with Chinese Premier, Xi Jinping, no solid conclusions emerged from the encounter.

Reacting for the first time to his video call with Russian President Vladimir Putin this week over Kremlin aggression along the Ukrainian border, President Joe Biden said he was “very straightforward,” and that if Putin decides to invade Ukraine, he would face economic consequences “like nothing he’s ever seen.”

Speaking to the press in Washington, the US President said: “There were no minced words. It was polite, but I made it very clear: If in fact, he invades Ukraine, there’ll be severe consequences.”

The White House earlier said Biden warned Putin that the U.S. “would respond with strong economic and other measures in the event of military escalation,” as Russia builds up its forces on its border with Ukraine.

Mapping the border between Russia and Ukraine (Image: Daily Express)

Russia however states that Mr Biden is focusing his attention on Moscow to divert attention away from failures at home.

Peter Kuznick, professor of history at American University and co-author of the Untold History of the United States said: “America’s short-term ambition is to bolster Biden’s sagging ratings by portraying him as the ‘Putin tamer.”

He added: “Its long-term ambition is to preserve American hegemony in the West for as long as possible.”

Peter Kuznick, professor of history at American University and co-author of the Untold History of the United States said: “Biden is under a lot of pressure right now to show how strong he is in the aftermath of Afghanistan.”

He added: “What we see is a strong attack on Biden for being weak from the Republicans and a mixed response from the Democrats, some of whom are also putting pressure on Biden to show how tough he is.”

The European Union is also concerned about the consequences of an invasion, in particular as its neighbours the region.

Brussels views the situation on the border as part of a broader campaign by Russia against the EU and its partners, commission officials have said, aligning it with the use of migrants by Moscow ally Belarus to pressure eastern EU states and the use of gas supplies to strong-arm Moldova into reducing its levels of engagement with the EU.

European Commission officials are in daily contact with the Biden administration to discuss potential deterrence measures, a senior EU official said, but no detailed measures are expected to be announced by the 27-member bloc at a summit of leaders next week.

An EU official said: “We will be reacting very robustly in terms of the sanctions we will propose.” 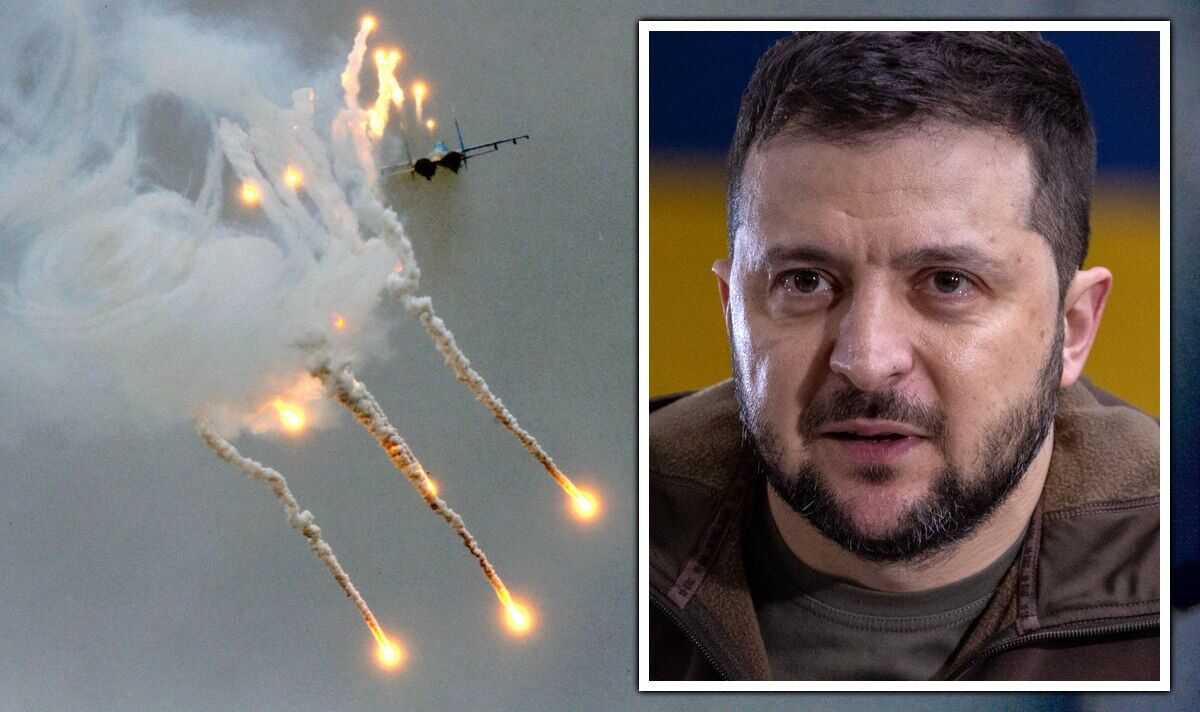 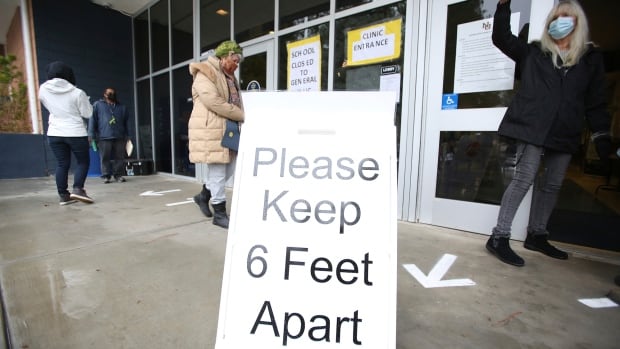 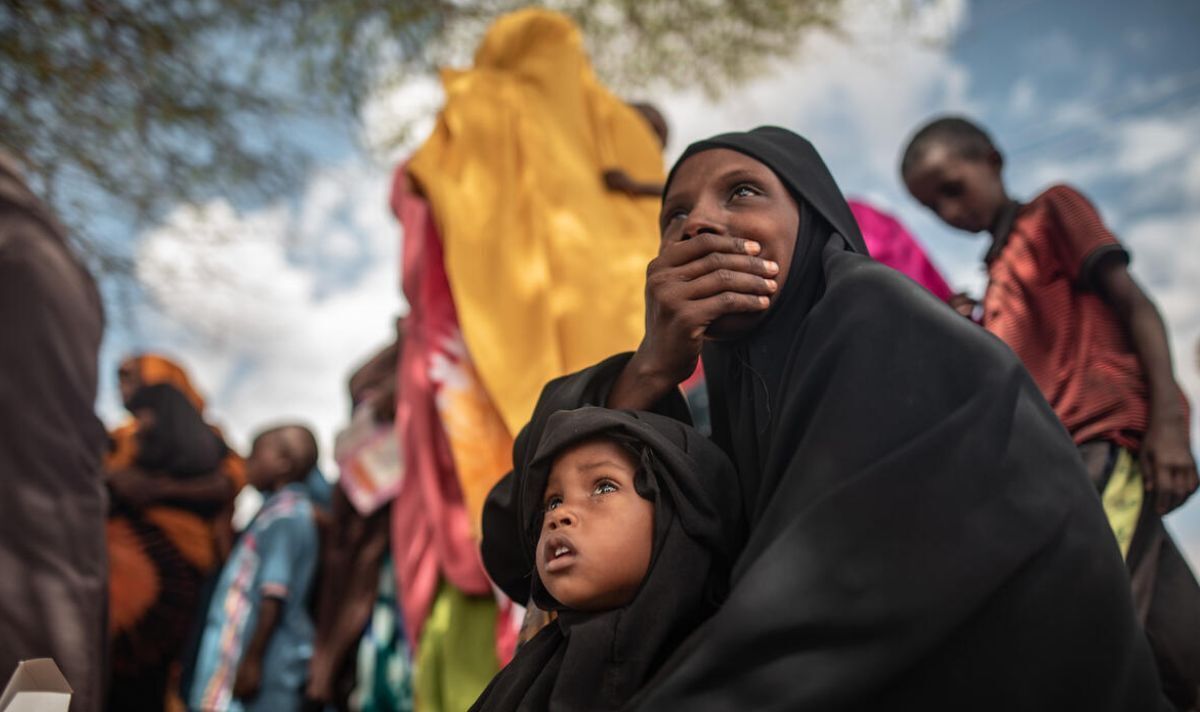 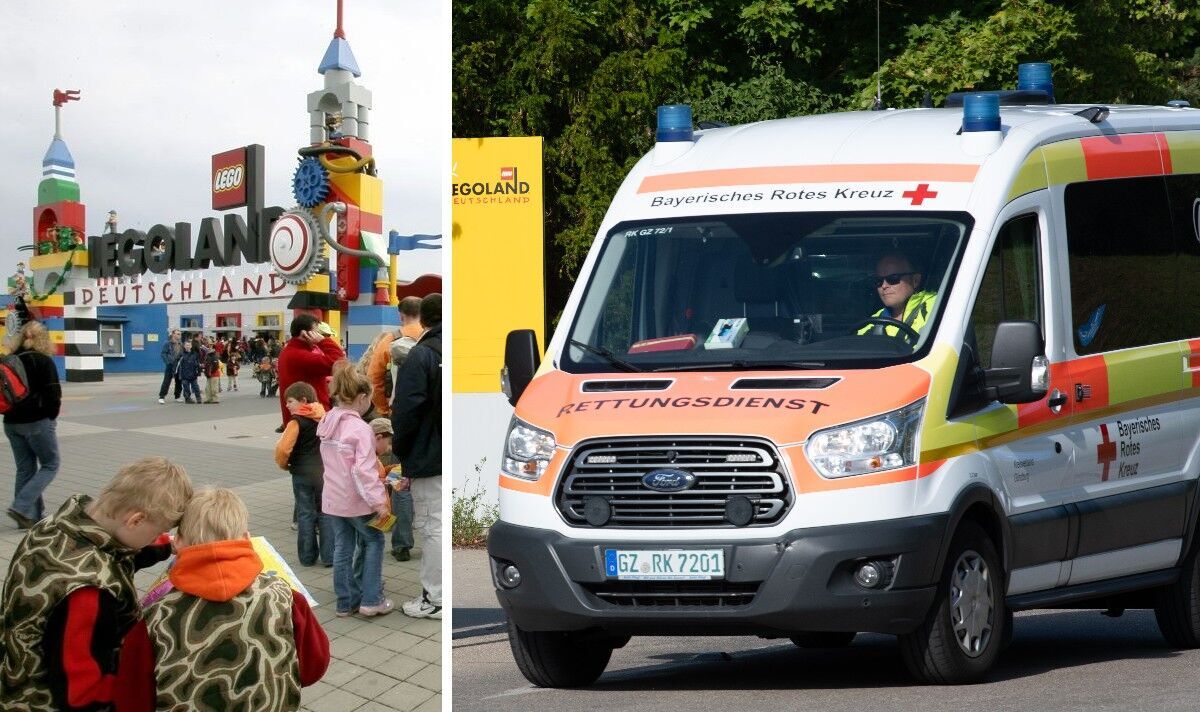 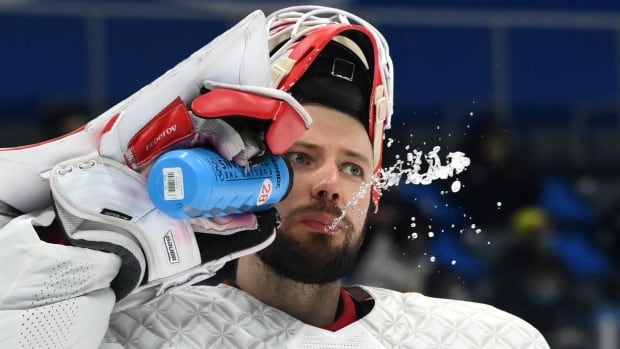 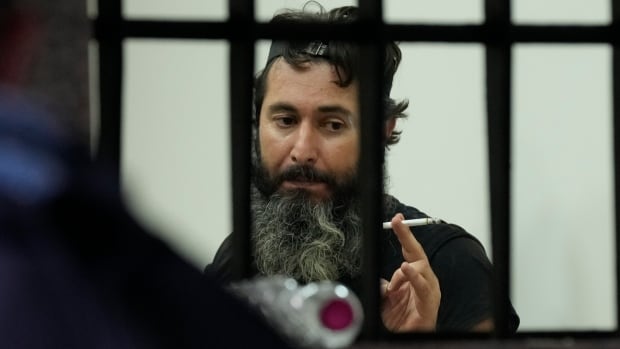 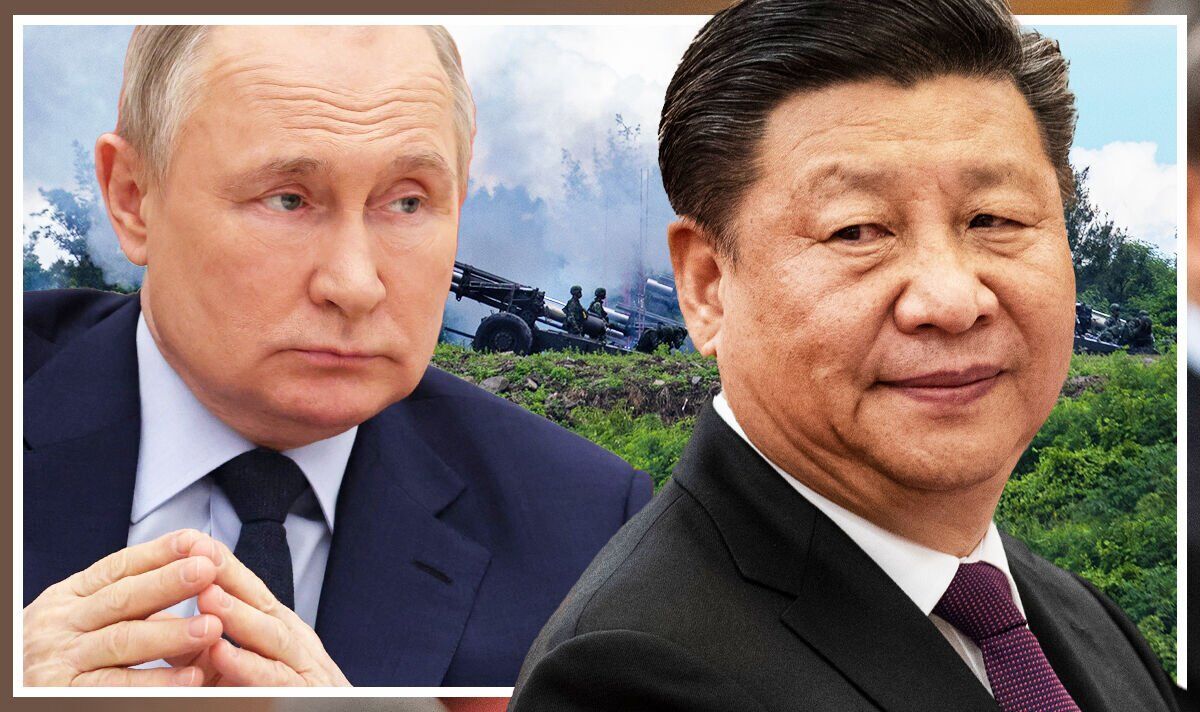 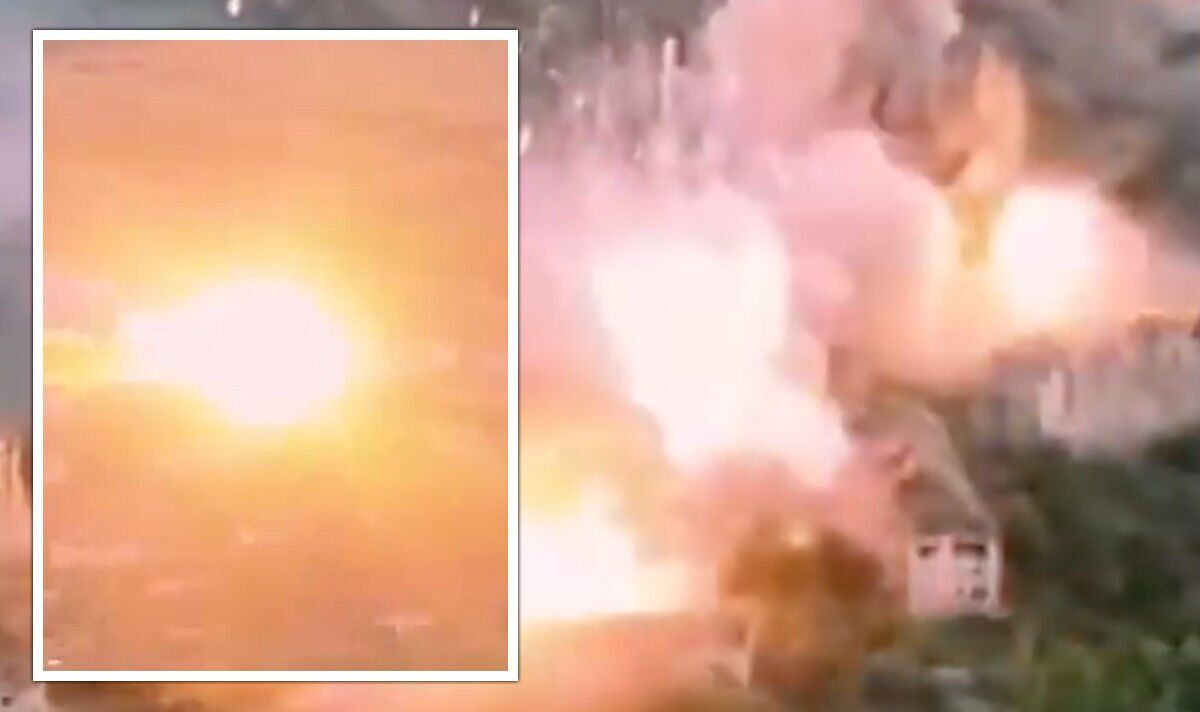