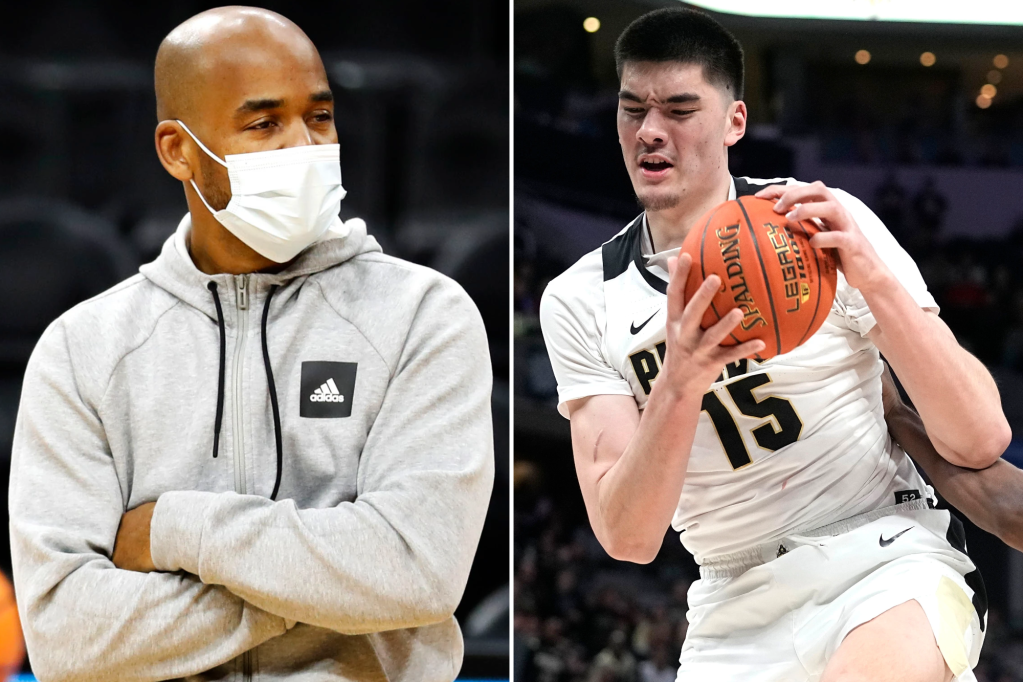 in Sports
Reading Time: 1 min read
A A

As Saint Peter’s takes on Purdue in a Sweet 16 East Region NCAA Tournament game on Friday night in Dayton, here are three keys to victory for the Peacocks.

Saint Peter’s will have to pick its poison, whether to double-team Purdue’s 7-foot-4 center, Zach Edey, in the post at the risk of allowing open looks for the Boilermakers on the perimeter or defend Edey one-on-one with much smaller defenders. Coach Shaheen Holloway should go for the second option. Purdue is too good of a 3-point shooting team — it makes 39 percent from there — to go with the first choice. Twos are better than 3s.

Keep KC on the floor

Senior forward KC Ndefo, Saint Peter’s shot-blocking dynamo and second-leading scorer, rebounder and distributor, can’t get into foul trouble. He has to log major minutes and replicate his monster performance against Murray State of 17 points, 10 rebounds, six blocks and three assists to give the Peacocks a shot.

Purdue’s 3-point defense has struggled in its seven losses, allowing the opposition to shoot 37 percent from distance. Saint Peter’s needs a repeat of its performance against Kentucky, when it went 9-for-17 from beyond the arc.

US confirms increase to EU’s supplies of liquefied natural gas