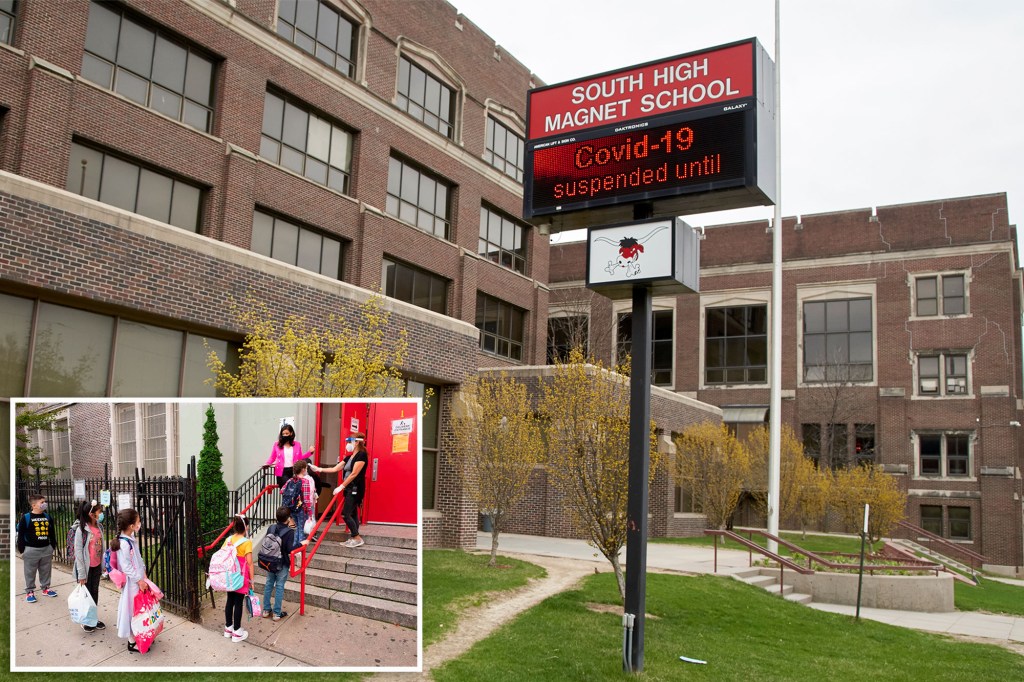 School closures during COVID have been made with politics in mind, not science

The long-term closing of schools, and the harm it did to children nationwide, was a decision based not on health, but on politics — thanks to teachers unions and the Democratic politicians they fund.

A study by researchers at Michigan State University found that when governors left it up to districts whether to have in-person education in the fall of 2020, the “decisions were more tied to local political partisanship and union strength than to COVID-19 severity.”

This despite the fact that politicians already knew children were less at risk for COVID.

A study published in the National Bureau of Economic Research working-paper series, for example, found that math learning loss was “10.1 percentage points smaller for districts fully in-person” relative to remote districts in 2020-21.

A study published in the Journal of the American Medical Association found that “attending school remotely during the COVID-19 pandemic was associated with disproportionate mental health consequences for older and Black and Hispanic children as well as children from families with lower income.”

The teachers unions just might have overplayed their hand.

Our new study from the group I work for, the American Federation for Children, suggests the push to close public schools backfired for power-hungry unions by enticing families to vote with their feet:

We found that a full transition from in-person to remote instruction was associated with a 2.3 percentage point increase in households homeschooling.

These estimated effects cannot be accounted for by differences across states in demographic factors, infection or death rates, among many other variables. Moreover, that the proportion of households who homeschool their children in 2021 is roughly double the pre-pandemic rate — even after many schools returned to in-person learning — shows that the uptick in homeschooling is not just a fad.

New York City district school enrollment dropped by about 64,000 students, or about 4.7 percent, from pre-pandemic levels, whereas charter school enrollment increased 3.2% this school year. That’s bad news for the district because public schools are funded based on enrollment counts. Perhaps ironically, the news is doubly bad for the teachers unions, considering the recent surge in support for — and expansion of — school choice.

Now it’s happening all over again.

More than 5,500 US public schools closed each of the first two weeks of 2022, according to school information aggregator Burbio.

The most advantaged parents are more likely to have the resources to send their children to private schools when the public-school system fails them. Funding students directly with vouchers would be an equalizer by allowing more families to access educational opportunities.

The latest Census Bureau data show New York City public schools spent more than $35,000 per student in 2019. It’s time to give that money directly to families so they can find alternatives.

The fact that the closing of schools was a political decision, based on the symbiotic relationship between teachers unions and the Democratic Party, shows why school choice is so important. Don’t let them decide for us how and where our children learn.

Corey DeAngelis is the national director of research at the American Federation for Children, an adjunct scholar at Cato Institute and a senior fellow at Reason Foundation. Christos A. Makridis is a research affiliate at Stanford University and Columbia Business School and an adjunct fellow at the Manhattan Institute.

A study by Michigan State University researchers found that whether schools were open or remote in the fall of 2020 did not reflect the danger of COVID — but rather whether Democrats were in charge. As an example, they examined Michigan:

Jan. 6 committee on verge of obtaining some records Trump has tried to shield