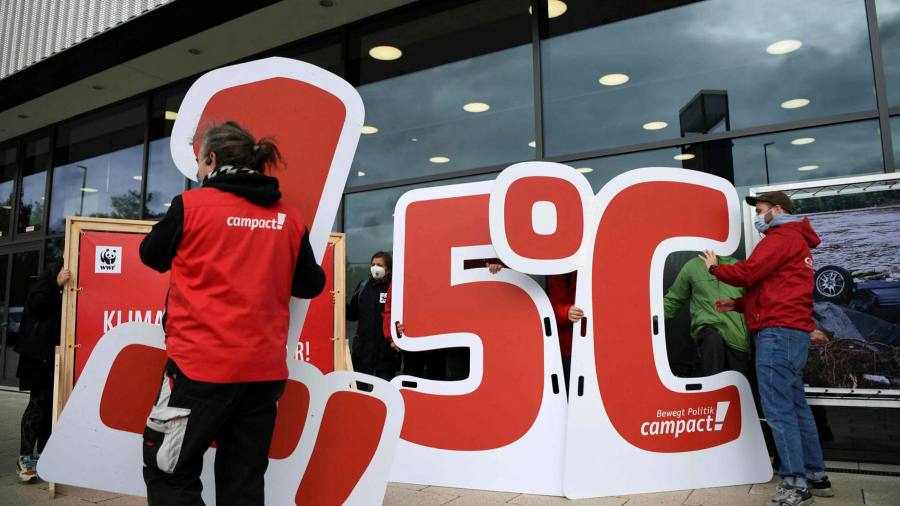 The de facto arbiter of corporate climate targets, seen as setting a global gold standard for the business world, has laid down new rules in an effort to combat the “wild west” of green business pledges.

The non-profit Science Based Targets initiative (SBTi) — which has soared in prominence since its launch in 2015 — on Thursday published what it billed as the world’s first “net zero standard,” to help companies align their greenhouse gas emissions and climate targets with the Paris Agreement higher goal of limiting warming ideally to 1.5C above pre-industrial levels.

The current state of corporate net zero target setting was “a wild west,” said Alberto Carrillo Pineda, co-founder of the SBTi, a partnership between the non-profit disclosure group CDP, the UN Global Compact, the World Resources Institute and the World Wide Fund for Nature.

Some companies had “transformative” plans, while others “basically imply business as usual”, Pineda said.

Under the new rules, companies will be required to commit to slashing their direct and supply chain emissions by at least 90 per cent by 2050, and to set science-based goals covering the next five to 10 years.

Only beyond that 10-year term, when companies have cut at least 90 per cent of their emissions, will they be allowed to factor in carbon offsets to compensate for a small volume of residual pollution that cannot be eliminated — up to a maximum of 5-10 per cent of a group’s total emissions, depending on the sector.

Carbon offsets, generated by activities such as the planting of trees, have come under repeated criticism for failing to deliver the climate benefits they promised, and SBTi has banned them from counting towards short-term targets.

Although a growing number of companies have committed to setting “science-based” emissions reduction targets, fewer than 1,000 presently have SBTi-approved goals. Seven companies, including renewables group Orsted and drugstore chain CVS Health, on Thursday became the first to have their net zero plans verified under the new SBTi standard.

Despite the flurry of green commitments from companies and governments around the world, there remains little consensus on standards. Goals are often set far into the future, with 2050 a common deadline, and targets may only include some of an organisation’s emissions.

A number of industry-led initiatives have emerged that aim to set standards, such as the Glasgow Financial Alliance for Net Zero, spearheaded by former Bank of England governor Mark Carney.

But Pineda said ensuring companies set out credible, transparent and comparable climate plans, and stuck to them, required third-party oversight.

The financial sector, in particular, was not subject to “the same level of scrutiny” as others, he said, in part because understanding its main source of emissions — the companies that it lends to and invests in — was complex.

“Who is holding financial institutions accountable” for the green pledges they made, he questioned. “There’s an accountability gap . . . [And] that’s not something that you can get from an industry-led initiative.”

Hedge fund manager Chris Hohn this month also took aim at the banking industry over its financing of fossil-fuel projects, and criticised regulators for “allowing” systemic risk to build as a result.

Meanwhile, the SBTi is also developing rules about how companies should account for deforestation and land-related emissions.

Little guidance exists on how organisations should measure emissions from the forest, land and agriculture sectors — a major source of pollution — so many do not include them in targets and disclosures.