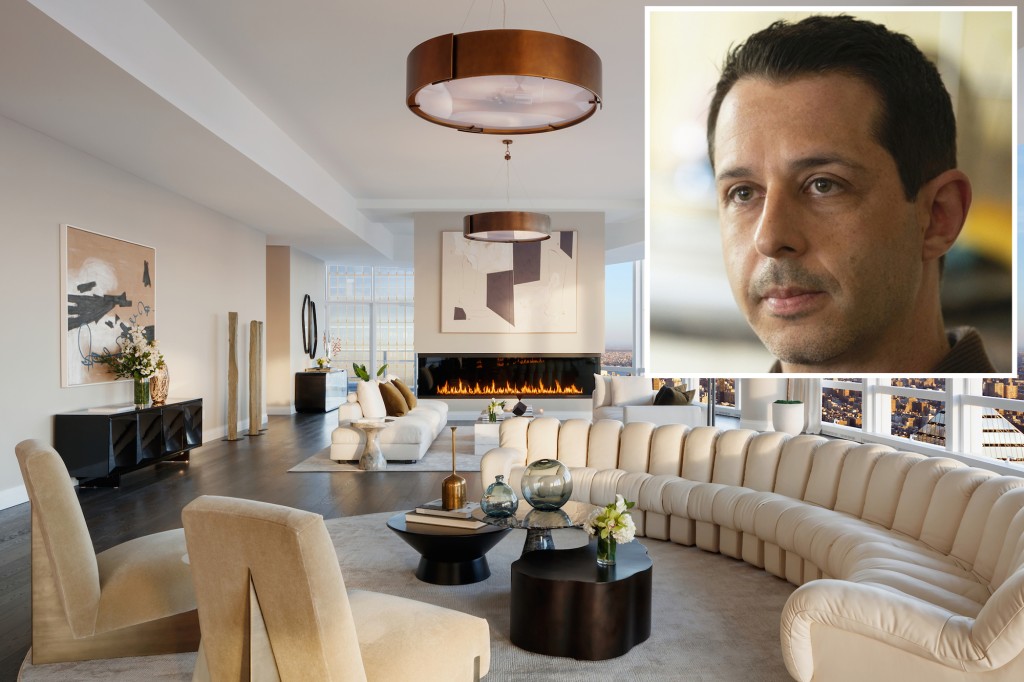 Some “Succession” fans are even more obsessed with the real estate than they are the storyline.

Now that season three has launched on HBO, we can give you a first look at Kendall Roy’s penthouse — even though he spends much of the first episode in a temporary war room he carved out of his ex-wife’s digs.

In a show where real estate echoes the character’s sentiments, we will see Roy (played by Jeremy Strong) living in grand isolation in a penthouse in the sky — on the 90th floor of 35 Hudson Yards.

The home, which we first featured last April, is now on the market for a reduced $54 million — down from its $59 million first ask.

It comes with the city’s highest-perched private terrace, 920 feet above street level — and the views are its stars.

The five-bedroom, 6½-bathroom home is 10,171 square feet. It opens with a private elevator landing and comes with ceiling heights that rise to 14 feet and wide French oak floors.

There’s also a 1,000-square-foot great room, flanked by two fireplaces, art walls and views of One World Trade the Statue of Liberty, the East River Bridges and Atlantic Ocean.

A large dining room seats up to 12 people, and a corner eat-in chef’s kitchen also comes with a breakfast bar.

A source says the penthouse will appear in multiple episodes as Roy’s apartment this season, which was shot during the pandemic. As Strong said in a recent EW interview, such an over-the-top lifestyle means nothing to an “impoverished people” who have no “inner wealth.”

He added that showing the trophy real estate is “necessary” to show “that the rarified world that these characters live in, that we are in that world in the show, and the show has that wingspan and that grandeur. It was limited by the pandemic in terms of where we could go and what we could do but I think they really pulled it off. My apartment this year was at the penthouse at Hudson Yards [in Manhattan] which is a really spectacular piece of real estate.”

Extreme heat is a growing concern for doctors around the world